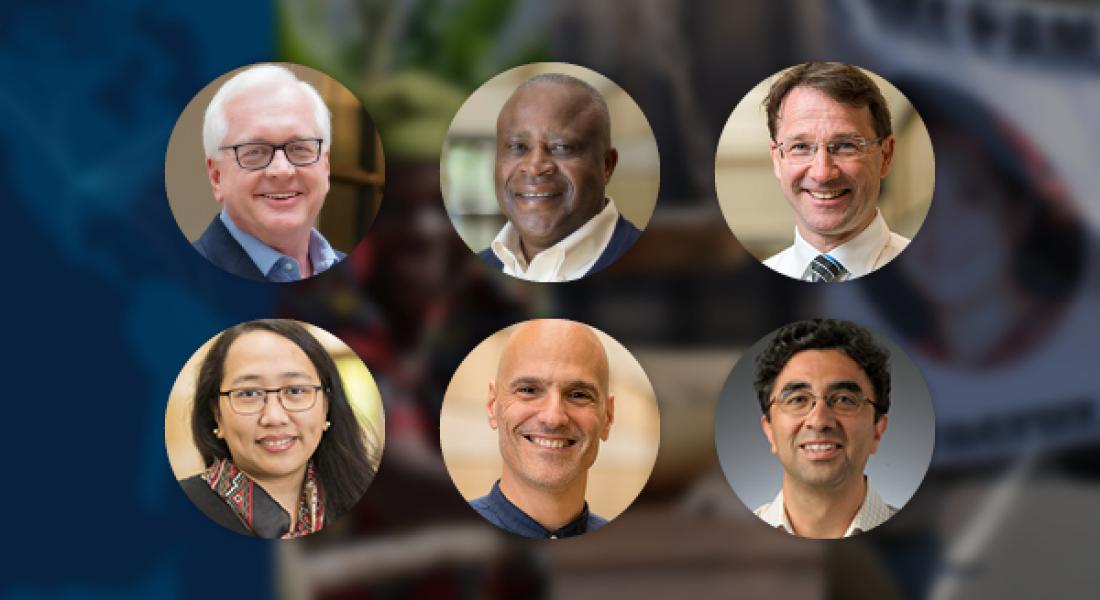 The Kellogg Institute for International Studies is launching a major new effort that supports high-impact, high-yield research intended to have a tangible influence on policies and practices affecting democracy and human development.

The Policy and Practice Research Labs intentionally bridge the worlds of research and policy while maintaining a focus on rigorous scholarly inquiry.

“We want to produce something that will make a difference in the way that policymakers act, in addition to generating the peer-reviewed books and articles that advance academic exchange,” Director Paolo Carozza said.

Kellogg is funding four initiatives through the program that address critical issues in human development, economics, law, and human rights. They are:

Carozza noted the relevance of the initiatives, which address the Kellogg Institute’s core research themes of democracy and human development.

“All of them are responding to very concrete, timely, urgent problems and issues,” he said. “All of them, in addressing these issues, are doing so in ways that creatively use sophisticated social science research methods.”

“If they’re successful,” he added, “then they’re going to be changing the field. Not just the way we talk about the field in our scholarly work, but the underlying reality of the field itself.” For instance, he said, Bergstrand’s work could lead to a shift in the way future trade agreements are negotiated and accepted.

The lab program’s goal of influencing policy supports the mandate of the Keough School, Kellogg’s parent institution at the University of Notre Dame. Founded in 2014, the Keough School promotes integral human development through research and global engagement.

Carozza said that as Kellogg’s role within the Keough School has become more defined, “the labs seemed like a natural and fitting way to achieve our goal of producing faculty work that will impact policy.”

According to Bergstrand, Kellogg faculty grants have historically supported conventional research aimed at influencing an academic audience and producing scholarly publications. But Kellogg’s mission and goals have evolved – particularly since becoming part of the Keough School – to incorporate a more explicit focus on addressing policy.

That gives faculty whose work, like his, naturally spills into policy settings the opportunity to have a broader impact.

“My lab grant from Kellogg supports my participating more actively in the long-term design of international trade policies,” Bergstrand said.

Pérez-Liñán noted that the labs “offer a unique environment to integrate the work of faculty, undergraduates, law, Master of Global Affairs students, and doctoral candidates.”

The Policy and Practice Research Labs differ from Kellogg’s research clusters, which receive three-year grants for interdisciplinary study on issues such as democratization theory and international education.

Unlike the research clusters, which are typically led by a group of principal investigators and have a multifaceted research agenda, the labs are led by one or two faculty fellows and are more targeted in their focus.

“They go a step beyond basic research by disseminating knowledge to end users outside of the academic arena and partnering with international actors to help improve practices,” Carozza said. He noted that the labs provide a venue for faculty fellows whose work is policy-oriented and doesn’t explicitly fit into the mold of the research clusters.

“The nature of the research questions they were asking lent itself to a different kind of output and impact,” he said.