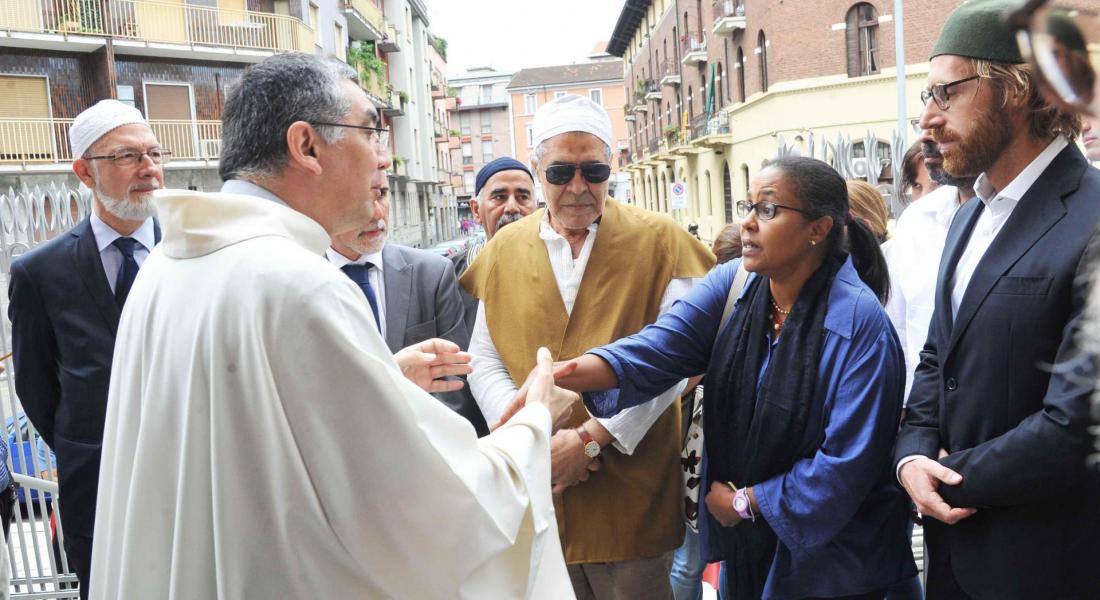 Samueli is a 45-year-old practicing Catholic from Milan who believes migrants should be welcomed into his country, regardless of their race or religion. “It is our Christian duty to welcome people fleeing war and poverty,” he said. But another Catholic Milan resident, Matteo, said migrants of different religions – particularly Islam – bring problems. “Our values are different from theirs,” said the 50-year-old, who described himself as not very religiously observant.

Both men were born in Italy, but their views of migrants couldn’t be more different. To determine why the Ford Program launched a pilot project in Milan in April 2018 to better understand the role of religion in societies affected by migration. Our research aims to identify how religious institutions can best help native-born citizens and migrants build a greater sense of community – a precondition for peace and integral human development. Ford Program researchers involved in the project are Clemens Sedmak, Ilaria Schnyder von Wartensee, and myself; and from other institutions, Gian Carlo Blangiardo (Universita di Milano-Bicocca), Maurizio Ambrosini (Universita degli Studi di Milano), and Beppe Follini (Universita di Trento). Notre Dame PhD student Emma Rosenberg and sophomore Elsa Barron, a Kellogg International Scholar, are assisting in the project, which incorporates mass survey research, in-depth interviews, and case studies.

Preliminary Findings
One surprising finding emerged from our preliminary research: Strong Catholic religious identity is associated with more open and optimistic attitudes to the integration of migrants of different religions, including Muslims. Less surprisingly, we found that the most powerful predictor of negative attitudes about the integration of migrants, especially Muslims, is support for anti-immigration political parties. Interestingly, most observant Catholics in our sample rejected those political parties.

Our preliminary results suggest that the phenomenon of ‘reactive religious identity,’ in which people who are not so religious use religion as a justification for excluding others, is at play. Nationalist-populist politicians promote this sentiment for their own political benefit. They seek to portray migrants, particularly Muslims, as incapable or unwilling to integrate and as invaders who will destroy local and national cultural identity. They use religion as a tool of division rather than an instrument to help people connect with God.

Looking to the Future
As we expand the project beyond Milan, we will seek to address important questions raised by the pilot, including: What makes people vulnerable to reactive religious identity? How can religious leaders counter attempts to culturalize their religion to exclude others? We hope this project contributes to our understanding of how religious institutions and people of faith can promote solidarity and mutual respect in societies that are rapidly diversifying.