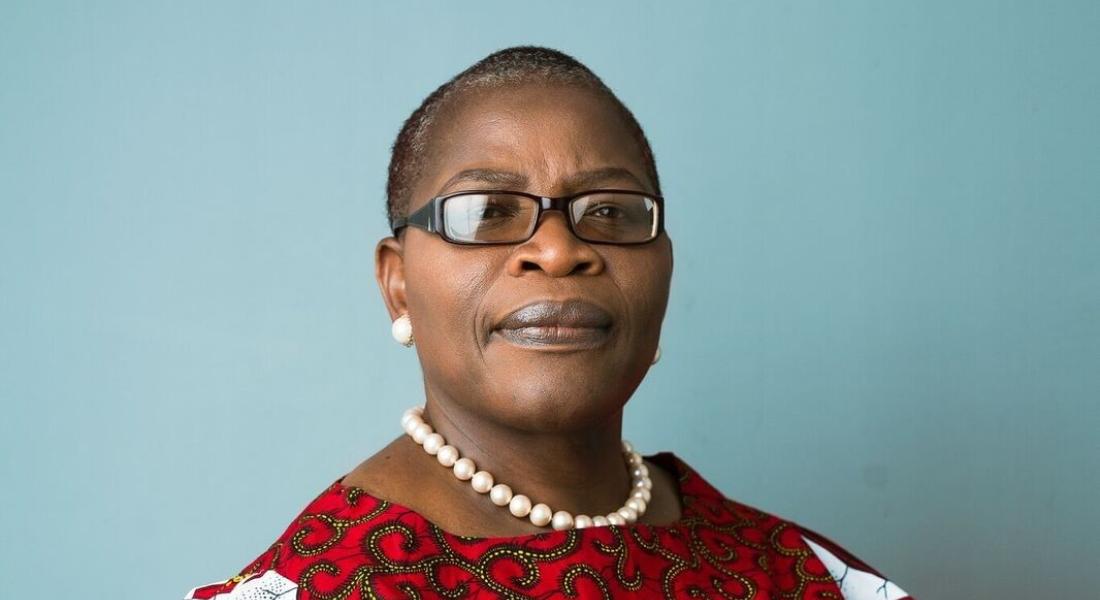 Obiageli “Oby” Ezekwesili, an economic policy expert and social advocate who has led groundbreaking initiatives challenging extremism, corruption, and gender-based violence, will receive the Ford Family Notre Dame Award for International Development and Solidarity at a ceremony on March 17 at the University of Notre Dame.

The award will be bestowed after Ezekwesili presents a keynote address, titled “‘One Complex Crisis’: Towards a Just and Sustainable Future,” as part of the Dignity and Development Forum, a conference organized by the Keough School of Global Affairs.

A leader across global, national, and local scales, and across the realms of economics, governance, and politics, Ezekwesili will be recognized with the award particularly for her contributions to promoting “due process” and transparency in government operations and for her work with the #BringBackOurGirls campaign, which she helped co-found in response to the Chibok schoolgirls' kidnapping by Boko Haram in Nigeria in April 2014.

“​​It is often assumed that powerful private and public interests will inevitably corrupt governance, no matter where you are in the world. Dr. Ezekwesili’s contributions as both a policymaker and intellectual leader show that there is nothing inevitable about this,” stated Patrizio Piraino, director of the Ford Program in International Development Studies and Solidarity, which bestows the award.

“She teaches us that ethical norms can and must guide effective policymaking.”

Ezekwesili is senior economic advisor of the Africa Economic Development Policy Initiative and one of the co-founders and pioneer directors of Transparency International, the Berlin-based global anti-corruption organization. She also is the founder-CEO of Human Capital África, working in the education sector across the continent.

In early 2020, Ezekwesili founded the #FixPolitics initiative, a research-based citizen-led movement created “to structurally redesign politics and its outcomes.” She also is founder-chairperson of the School of Politics, Policy, and Governance in Abuja, Nigeria, an outgrowth of #FixPolitics that seeks to create a new “disruptive thinking political class” by educating current and future leaders dedicated to the common good.

Ezekwesili served in the government of Nigeria between 2000 and 2007, first as minister of minerals and later of education. She was a vice president of the World Bank – Africa Region in Washington, DC, between 2007 and 2012 and worked as the director of the Harvard-Nigeria Economic Strategy Project with the Center for International Development at the Kennedy School of Government, Harvard University.

Recognized as one of Time magazine’s “100 Most Influential People,” Ezekwesili also was listed by the New York Times as one of the “25 Women of Impact” in 2015. She is one of 100 visionaries featured by the Albert Einstein Foundations in the 3D book Genius: 100 Visions of the Future. The Peace Research Institute Oslo listed her as one of potential candidates for the 2018 Nobel Peace Prize. She was decorated with the national award of Commander of the Order of the Federal Republic (CFR) by her country.

Ezekwesili was a Richard von Weizscker Fellow at the Robert Bosch Academy in Berlin, Germany, between 2019 and 2020. She currently is a senior fellow at the Jackson Institute for Global Affairs at Yale University.

The Ford Family Notre Dame Award for International Human Development and Solidarity recognizes substantial contributions to human development through research, practice, public service, or philanthropy. Recipients are honored for standing in solidarity with those in deepest need. The award is named in honor of University Trustee Emeritus Doug Ford ’66 and his wife Kathy, whose generosity helped establish the Ford Program.

Past award recipients are:

The Ford Program in Human Development Studies and Solidarity, part of the Kellogg Institute for International Studies, promotes the interdisciplinary study of international human development with an innovative mix of research, teaching, and community engagement and a focus on Integral Human Development, which considers the flourishing of the whole human person.