Jonathan Fox is the Yehuda Avner Professor of Religion and Politics and director of the Religion and State (RAS) project at Bar-Ilan University, where he is also a senior research fellow at the Begin-Sadat Center for Strategic Studies. He specializes in the influence of religion on politics, as well as the impact of religion on domestic conflict, terrorism, international intervention, and international relations. His other research interests include the quantitative analysis of Samuel Huntington's "Clash of Civilizations" theory, nationalism, and ethnic conflict.

Fox is the author of numerous books, including Thou Shalt Have No Other Gods Before Me: Why Governments Discriminate Against Religious Minorities (Cambridge University Press, February 2020).

Fox earned a PhD in government and politics from the University of Maryland. 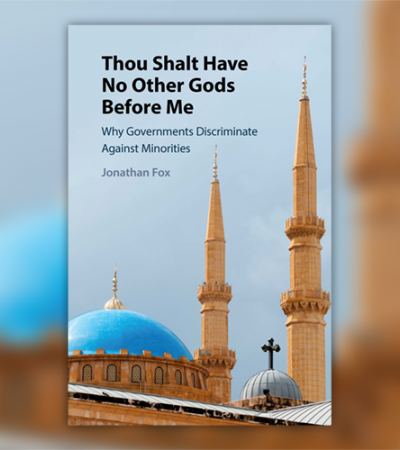