We are a group of social scientists and international human rights lawyers who believe in the inalienable rights of victims of gross human rights violations to truth, justice, and reparations, and to live in a society that offers the social and institutional guarantees to prevent re-victimization. We believe in the states’ legal responsibility to fulfill these rights and in the moral obligation that societies and the international community have to assist and accompany the victims and their families in recovering their dignity and the opportunity to live a meaningful life. 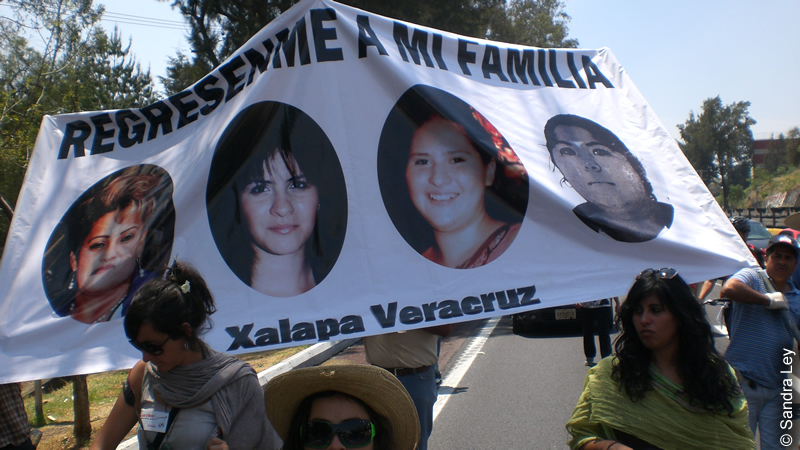 We conduct cutting-edge research on the drivers and consequences of large-scale political and criminal violence and explore whether and how transitional justice mechanisms may contribute to contain violence and develop peaceful and just societies. We use this research to accompany human rights defenders and victims and their families in their quest for truth and justice. Our research and practice focus on Latin America, particularly in Mexico, Guatemala, El Salvador, Colombia, and Brazil.

We invite you to take a closer look at our team and our research and practice projects.

Although organized crime and large-scale criminal violence have not been part of the transitional justice practice, we seek to broaden the TJ toolkit. Extensive evidence from Latin America suggests that rogue state security agents and pro-government militias – many of them survivors from authoritarian regimes or from episodes of civil war –  are intimately involved in the operation of organized criminal groups (OCGs) and in the production of large-scale criminal violence. These agents become involved in the production of large-scale violence when they defect the state to become the armed branch of OCGs; when they stay in government and provide informal protection for OCGs; or when they fight OCGs using iron-fist policies influenced by anti-insurgency practices commonly used in autocracies. Whether they defect or stay in government, these state specialists in violence are leading actors in Latin America’s criminal wars – militarized conflicts between states and OCGs and among OCGs, in which gross human rights violations are widespread.

Beyond a narrow focus of TJ on atrocities committed in dictatorship or in civil war, based on a new understanding of OCGs and of criminal wars, in which state agents are intimately involved in the production of large-scale violence and in gross human rights violations, we seek to open a new agenda of research and practice to understand the drivers of these new forms of violence and violation and how extraordinary mechanisms of justice may contribute to peace and justice.

In our research practice, we use cutting-edge observational and experimental quantitative methods to identify and explain patterns of large-scale political and criminal violence and victimization and rely on data science techniques to estimate and predict the occurrence of mass atrocities. We rely on best practices in qualitative methods, including ethnographic techniques, process-tracing, and archival research to gather testimonies of victims and perpetrators and to reconstruct the contexts of violence.

Our research is both theoretically driven and seeks to respond to the victims’ needs. Following best practices in TJ in our research and practice we strive to put victims – their needs and their dignity – at the center of our activities. The permanent dialogue between research, practice and service is a key feature of our lab.

Our research focuses on two broad areas: 1) the drivers of violence and gross human rights violations and 2) the use of extraordinary mechanisms of transitional justice to develop peaceful societies.

We conduct research that seeks to explain the drivers of large-scale political and criminal violence and the causes of civilian victimization in contexts marked by criminal wars – armed conflicts between states and organized criminal groups (OCGs) and among OCGs, in which gross human rights violations and possibly crimes against humanity are committed. We document, map, and explain who did what to whom, why and how. In identifying the perpetrators of atrocities, their actions, and their motivations, we do not look into isolated individuals but investigate criminal networks often constituted by state security agents, criminal groups, and business firms. Our work traces the origins of these criminal structures into the past and explores the extent to which security agents charged with repressing political dissidents in previous contexts of autocracy or civil war take advantage of their granted political impunity to morph into the criminal underworld.

We focus on four areas:

Due to the massive scale of violence and the widespread impunity that prevail in contexts of large-scale political and criminal violence – rendering ordinary institutions of justice inoperative – our research explores the likely efficacy of extraordinary mechanisms of transitional justice (TJ) in addressing victims’ demands for justice and in developing peaceful societies. While the TJ toolkit has been deployed to address mass political violence committed against civilians in autocracy and civil war, we seek to push the frontiers of TJ to address the claims of victims of large-scale criminal violence. TJ mechanisms can be relevant in these criminal conflicts because state security agents are often involved in the production of large-scale criminal violence – when they defect to organized crime to constitute private militias to defend criminal turf or when they stay in power and either provide protection to OCGs or fight against OCGs using anti-insurgent strategies that often result in gross human rights violations. We evaluate whether the adoption of TJ mechanisms in new democracies and in post-conflict societies may insulate countries from outbreaks of criminal violence. We also assess how countries experiencing ongoing criminal wars and large-scale criminal violence have used new mechanisms of transitional justice to break state impunity, identify and dismantle state-criminal networks, and contribute to develop peaceful societies.

We focus on four areas:

Working in close collaboration with local human rights organizations, we use our scholarly research to assist victims of gross human rights violations and their families in their search for truth, justice, and reparations, and to promote socioeconomic and institutional reforms to prevent harm repetition. We have partnered with a number of international human rights lawyers to assist them in the defense of victims of human rights violations in contexts of civil wars and criminal wars, including the development of ad-hoc truth-seeking processes, providing contextual analysis as input in the criminal prosecution of perpetrators, and elaborating programs of reparations. We are also prepared to serve as expert witnesses in the elaboration of Amicus Curiae reports to support victims’ demands for institutional and legal reforms to prevent harm repetition for them and future generations.

The connection between research and practice that characterizes the V-TJLab was initially forged through a series of international conferences organized by our team and sponsored by the Kellogg Institute and Notre Dame International. Here is a list of past events and of future events that will continue to stimulate the academic-practice cooperation.