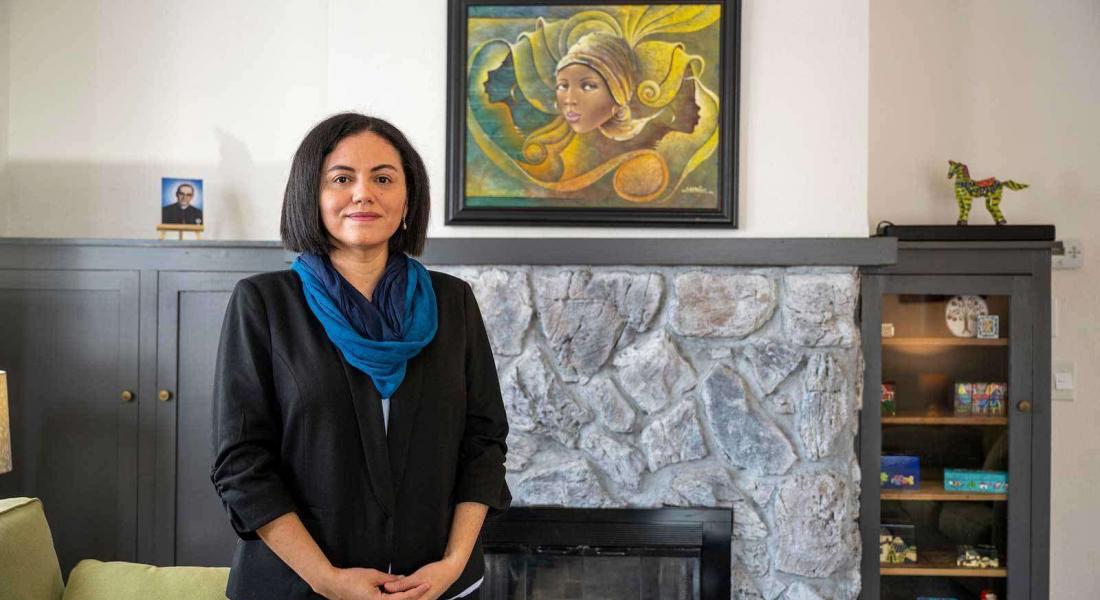 Growing up near San Salvador, El Salvador’s capital city, Kellogg Faculty Fellow Abby Córdova started her intellectual journey amid a civil war spanning more than a decade. On Nov. 16, 1989, when Córdova was 12 years old, the country was rocked by the killing of six Jesuit priests, along with their housekeeper and her teenage daughter — by a group of soldiers from the U.S.-backed national army — for denouncing social injustice. The murders occurred at the peak of the war, when guerrillas descended on the capital city and armed confrontations resulted in the killing of thousands. Córdova’s father, who was involved in local social justice movements at the time, brought her to the Jesuit residence at Central American University to observe the crime scene firsthand.

“The Jesuits had been killed just a few hours before, and you could still see fresh blood,” Córdova said. “Of course I was shaking — I was worried and afraid, but I also started to ask how this violence could be explained, why it was happening.”

Shortly thereafter, as a high school student in a Jesuit school, Córdova started reading about the structural causes of violence. In a terrifying turn of events, it wasn’t much longer before violence hit home. Córdova’s mother, who also had been active in the social movements advocating for the country’s poor, was kidnapped by the Salvadoran government, imprisoned and tortured. While her mother was missing, Córdova dropped out of school to care for her 2-year-old brother. Her mother was later released, but the trauma left an indelible mark that has shaped the trajectory of Córdova’s career.

“I began trying to explain not only the things that happened to me, but also to many others who weren’t as lucky,” Córdova said. “So many people’s relatives were killed. I felt that I had a commitment not only to study the causes of violence, but also to pursue social justice by practicing its values. I wanted to identify policy-based solutions that can prevent all of it from happening again and reduce inequalities more broadly.”

Because of and in spite of the tragedies she witnessed, Córdova has done just that. After being awarded a Fulbright Student Award, she earned two master’s degrees and a doctorate in political science from Vanderbilt University, was awarded tenure as a young professor at the University of Kentucky and joined the Keough School of Global Affairs in August 2020 as an associate professor of global affairs.

An expert in survey research methodology, Córdova has published widely on the political roots of crime and violence, gender inequality, economic inequality and international migration in Latin America and the Caribbean. She has also engaged in large-scale studies, serving as the lead researcher of the Latin American Public Opinion Project’s impact evaluation of United States Agency for International Development (USAID) crime prevention programs in Central America.

“My role is to help generate scientific knowledge on the causes and consequences of violence in the Latin American region, as well as on the best practices and approaches to address this problem,” Córdova said. As a member of the lab, she is committed to supporting the rights of victims of gross human rights violations to justice and reparations.

Córdova’s most current work focuses on violence against women — specifically, the relationship between criminal violence, such as gang-related violence, and intimate partner violence, which governments have not traditionally seen as their responsibility to mitigate.

“It has become apparent to me that we cannot fully understand crime and violence if we do not view it through the lens of gender,” she said.

“Women have a higher probability of being victims of sexual violence and intimate partner violence in gang-controlled territories. In turn, violence against women affects women’s prospects of exercising their political rights in these territories, undermining their opportunities to participate in civic and political life.

“The goal of my current research is to identify evidence-based solutions that will increase women’s chances of having access to justice and living in a world free of gender-based violence,” Córdova said.

If implemented correctly, evidence-based solutions include police stations run by female police officers, which seek to prevent violence against women and offer comprehensive services to survivors. While Brazil has pioneered this effort, several Latin American countries have followed over the past 30 years.

“Their mere existence sends a strong signal, particularly to men, that violence to women is a crime,” she said. “Men are less likely to condone violence against women when they know that the state has implemented policies that seek to protect women.”

Córdova is an advocate for women not only in her own research, but in her service to the academy as well. At the University of Kentucky she served as director of the Women in Political Science and Diversity and Inclusivity initiatives and received the College of Arts and Sciences 2018-2019 Diversity and Inclusion Award. Córdova also has worked as a consultant for the World Bank’s Poverty and Gender section for Latin America and the Caribbean.

Córdova is a member of the Keough School’s Racial Justice Committee and the Global Policy Initiative, a platform for facilitating policy-relevant research.

“Part of our conversations in these groups is how to help minority women not only to succeed in academia, but to be in leadership positions,” she said.

Though she has been at Notre Dame for only a short time, Córdova said she’s already been impressed by her undergraduate and graduate students’ commitment to social justice.

“I couldn’t be more impressed,” she said. “They really seek to document human suffering by trying to identify evidence-based solutions for people’s lives. They are citizens of the world, are interested in learning about other cultures, seeking to serve and to become agents of change. It has been powerful to see.”

No doubt learning from a mentor who is both an intellectual force and a force for change is a powerful experience for Córdova’s students as well. 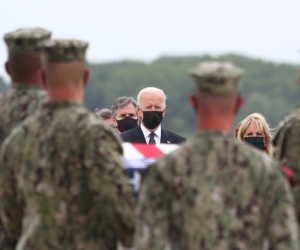 Philpott Comments on Biden’s Next Move in Afghanistan

Faculty Fellow Daniel Philpott (political science) was quoted in an America Magazine - The Jesuit Review article titled, “Is Joe Biden Repeating the Mistakes of the Past in Afghanistan? Catholic Commentators Weigh in.”

The Realities of Migration from Central America: Navigating the Paths to Migration