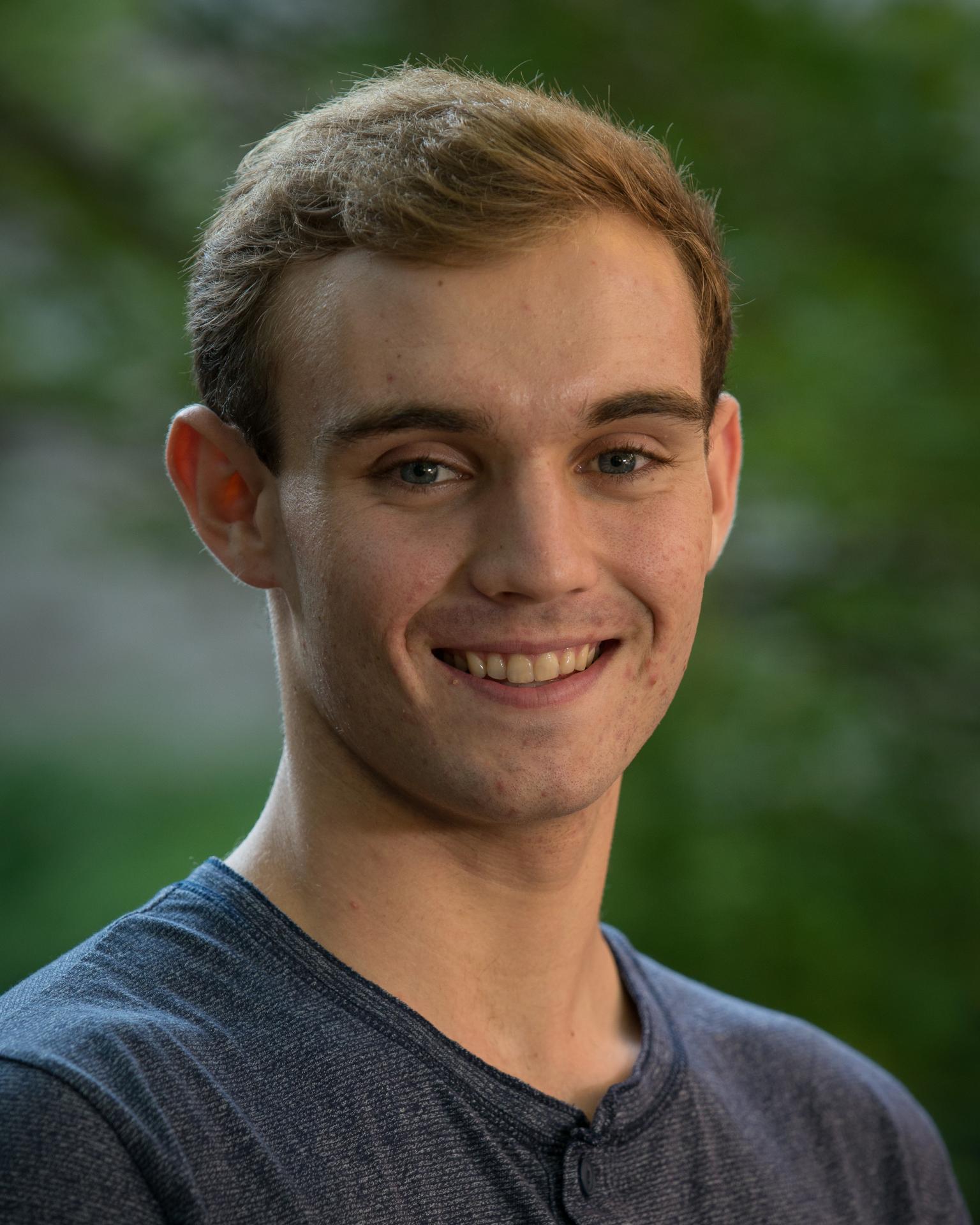 McCabe is a political science and Arabic major with a minor in peace studies from Vienna, Virginia. He is also a Hesburgh-Yusko Scholar, a Glynn Family Honors Scholar, and a Boren Scholar.

As a Kellogg International Scholar,  McCabe works as a research assistant to Faculty Fellow Jaimie Bleck, focusing on education in Kenya and studying the impact of attending new national schools on the creation of greater Kenyan identity, trust of other citizens, and engagement with government. 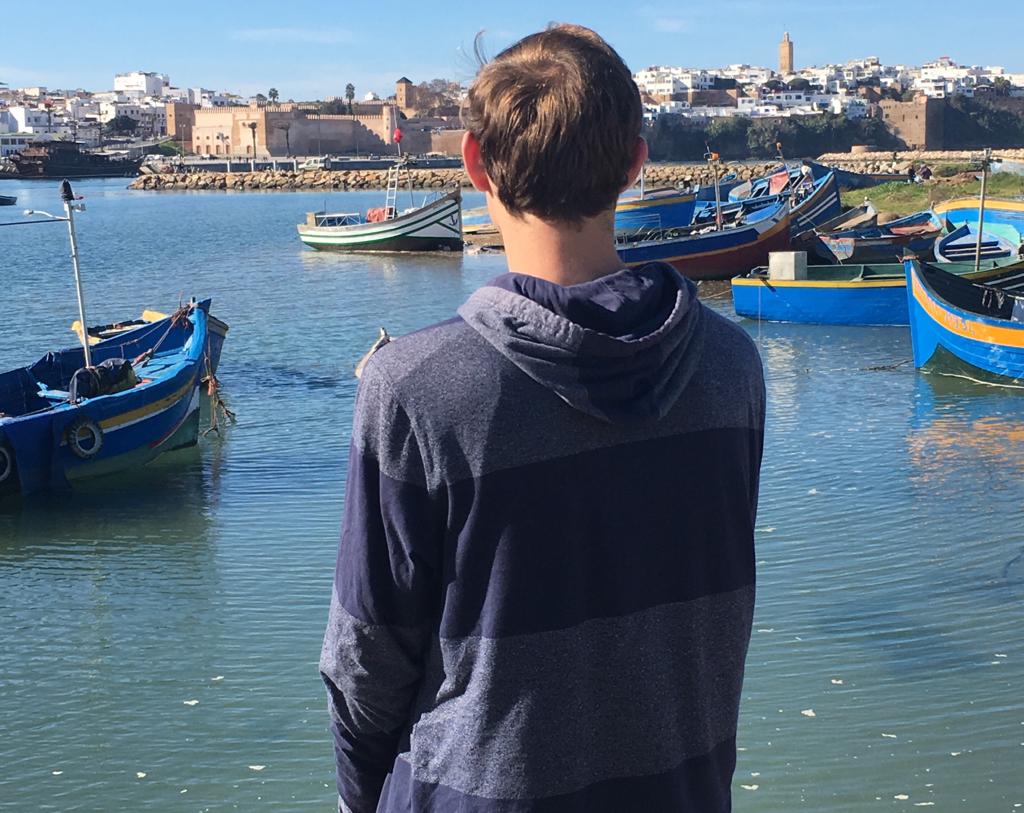 In 2019, he received Kellogg funding to conduct a research project studying the effects of Moroccan migration policy on Sub-Saharan migration to Europe. Meeting with government officials, young people migrating from Sub-Saharan Africa, civil society leaders, and members of Moroccan academia and media, McCabe collected perspectives from across Morocco that he presented at the Notre Dame Student Peace Conference.

In applying for the Truman Scholarship, McCabe worked closely with the Flatley Center for Undergraduate Scholarly Engagement (CUSE), which promotes the intellectual development of Notre Dame undergraduates through scholarly engagement, research, creative endeavors, and the pursuit of fellowships.

"It was a pleasure and an honor to work with the many competitive Truman Scholarship applicants this cycle,” said Elise Rudt, national fellowships program coordinator with CUSE. “The process for this award stretches through the entire school year and would not have been possible without nomination and interview practice committees. I would like to thank Claudia Francis, Ricky Herbst, Dr. Abigail Ocobock, Dr. Chloe Gibbs, Dr. Jennifer Warlick, Dr. George Lopez, Dr. Jaimie Bleck, Anita Rees, Dr. Jeffrey Thibert, Kati Schuler, Elizabeth Boyle, and Evan Gage for their time and input that no doubt contributed to Patrick's success."

On campus, he helped organize the first group of Notre Dame students to attend the Women’s March in Washington, DC, and served as communications coordinator for the Office of Community Engagement and Outreach, part of Notre Dame Student Government. He also served as social media manager for the Notre Dame Center for Social Concerns.

Away from campus, he worked with the Alrowwad Cultural and Arts Society in the West Bank as part of the Center for Social Concerns’ International Summer Service Learning program; volunteered with the Tajabone Migrant Organization in Morocco and  Domingo Savio in Santiago, Chile; interned with American Near East Refugee Aid in Jerusalem; and served as a research assistant with the US Institute of Peace in Washington, DC.

As a Truman Scholar, McCabe hopes to pursue a master’s degree in public affairs from the Woodrow Wilson School of Public and International Affairs at Princeton University in New Jersey, en route to a career in diplomacy in the Middle East and North Africa.

His passion for activism and refugee issues stems, in part, from stories of his grandparents, who were exiled from Cuba for political reasons in the 1960s. Additionally, he developed a desire to understand local solutions to complex issues while living in Panama and the Dominican Republic as a child, and while studying in Jordan as a Boren Scholar and in Morocco with the National Security Language Initiative for Youth.

“I am immensely grateful to Elise Rudt and the passionate team at CUSE, as well as to George Lopez, Rachel Tomas Morgan, Laurie Nathan, and Jaimie Bleck, whose guidance, mentorship and friendship made this an exciting process,” said McCabe. “I would also like to thank my family and friends in the Notre Dame community for their encouragement and support. I look forward to representing Notre Dame as a Truman Scholar and to building on these opportunities to pursue a graduate degree in international affairs."

"Patrick has been a truly phenomenal research assistant,” said Bleck, associate professor of political science and senior research advisor for the Ford Program in Human Development Studies and Solidarity at the Kellogg Institute. “I throw graduate level tasks at him and he consistently produces analysis that exceeds my expectations. Beyond this, Patrick is really such a compassionate, kind and generous person. He continually demonstrates his commitment to social justice and, in doing so, has been able to forge incredible connections with people around the world. I know that he is going to continue to leverage these relationships, as well as his creativity, maturity and intelligence, to better the lives of those around him."

A living memorial to former US President Harry S. Truman, the Truman Scholarship recognizes college juniors (and fourth-year students in five year programs) “who demonstrate outstanding potential for and who plan to pursue a career in public service.” The scholarship offers as much as $30,000 for students to pursue a public service-related degree, with additional benefits available by school.

For more information on this and other scholarship opportunities, visit cuse.nd.edu.

This story was originally published at news.nd.edu.