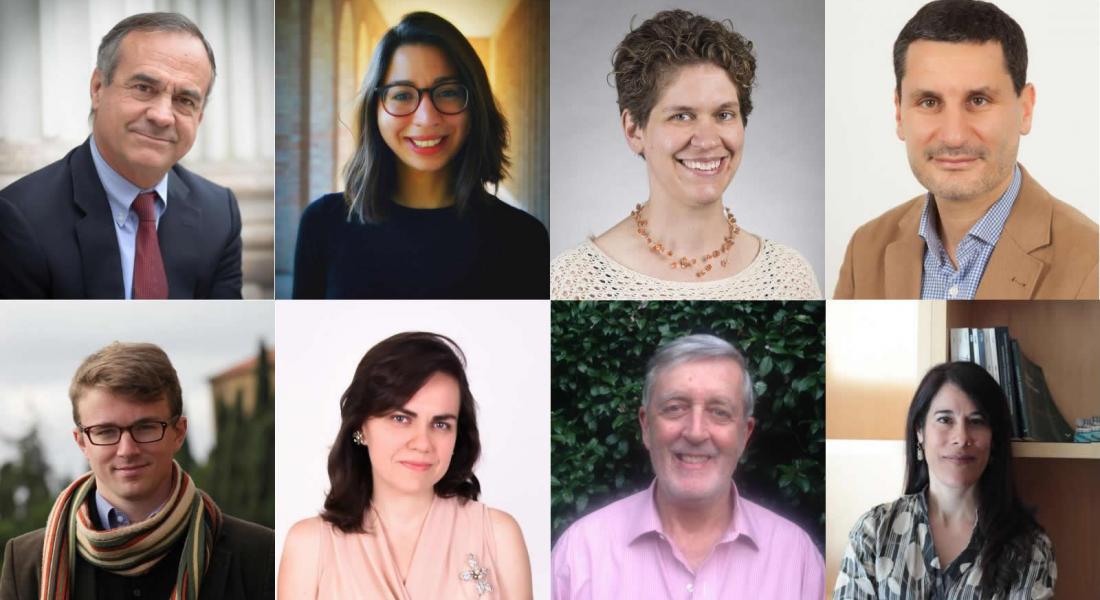 Eight scholars will arrive at the Kellogg Institute for International Studies this fall as part of its visiting fellows cohort for the 2018-2019 academic year.

Members of the group come from around the world and represent disciplines including law, anthropology, economics, political science and sociology.

“I am particularly pleased with the breadth and diversity of research interests of the visiting fellows who will be joining the Kellogg Institute for the upcoming academic year,” said Jeff Bergstrand, Kellogg’s acting director.

Their areas of study will further Kellogg’s core research themes of human development and democracy, he said. Their projects range from the study of AIDs and moral transformation in Botswana to the effect of debt as a stimulator of the mobilization of social movements, as well as a comparative analysis of political elites in Russia, China and Latin America.

Former Chilean senator Ignacio Walker will study faith and politics as the Hewlett Fellow for Public Policy during the fall semester. A lawyer, he previously served as Chile’s secretary of state and as president of the Christian Democratic Party. He is a former Kellogg visiting fellow who also served on the Kellogg Advisory Board.

Maria Paula Bertran Muñoz, associate professor and chair of the Ribeirão Preto Law School at the University of São Paulo, will hold the Brazilian Fulbright Distinguished Chair in Democracy and Human Development for the fall semester.

Senior scholar Graeme Gil, professor emeritus of government and public administration at the University of Sydney, will spend the fall semester at Kellogg. Another visiting fellow, a senior anthropologist whose appointment will be announced, will arrive in the spring.