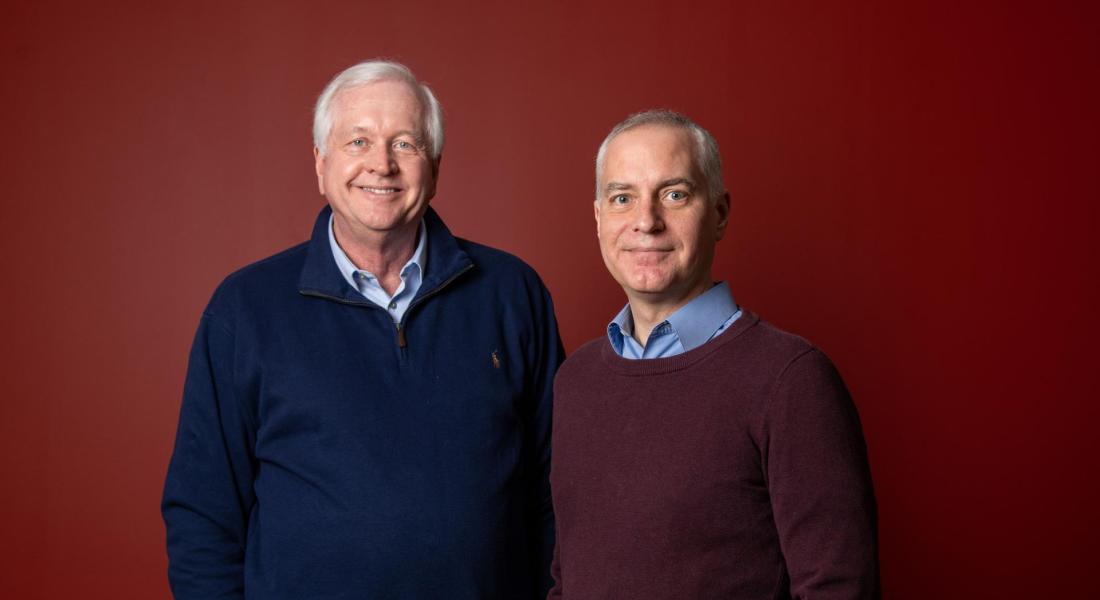 As the Catalan pro-independence parties continue their bid for independence from Spain, Kellogg Institute Visiting Fellow Jordi Paniagua, associate professor of economics at the University of Valencia, saw an opportunity, supported by the Initiative on International Economic Integration (IIEI) Policy and Practice Lab, for his research to have direct and immediate impact on the situation so close to home.

“The IIEI Lab and the Kellogg visiting fellowship have a pivotal role,” says Paniagua, in allowing him to collect feedback from a global audience, including policymakers. His project, “Spain, Split and Talk: Dissecting the Anatomy of Trade Borders,” will be presented at a Kellogg Work-in Progress Seminar, the Midwest Economics Association conference, and in the Institute’s Working Paper Series. “The IIEI Lab and Kellogg act as a loudspeaker for research, and they also have an important role in increasing the quality of the work through academic dissemination and feedback.”

“A lot of the scholarly work that members of our intellectual community are doing is really important and has fairly immediate applications and implications for policy work,” says Carozza. “We wanted to develop a way to support that kind of work and that kind of dissemination of the work.”

In addition to its goal of delivering high-impact, high-yield research directly to policymakers, the Institute’s Policy and Practice Labs also further seek to support Kellogg’s mission to prioritize human welfare and development.

“Our fellows want their scholarship to not only speak to other scholars, be placed in the highest journals, and have good citation counts, but they also want to know that their work is doing some good in the world,” says Carozza. “They’re doing high-level scholarly work, and it really is in service of the good of communities at home and around the world.”

The IIEI Lab’s Principal Investigator Jeffrey H. Bergstrand, who is also a Kellogg faculty fellow and professor of finance at the University of Notre Dame’s Mendoza College of Business, affirms that commitment. He emphasizes that the lab’s research addresses human welfare and development in its partnership with the Keough School of Global Affairs.

“Our work is always tied to some kind of measure of economic welfare – the economic development of individuals and the human welfare impact of these policies,” says Bergstrand, who is especially well known and cited for his contributions to the foundational “gravity equation” in international trade.

Novel and Far-reaching Research
Trade policy has changed dramatically in the past 30 years, and modern deep trade agreements have rarely been studied, notes Bergstrand.

“There’s been phenomenal growth in free trade agreements, and increasingly these are being embraced by the developing world. We look at how these agreements can help development,” says Bergstrand. “This research impacts academic economists, political scientists, social scientists – and it’s important to bring these academic insights, this strong statistical evidence, into the policy arena, so it can be disseminated by firms and governments around the world.”

In November 2021, Bergstrand collaborated with the United States International Trade Commission and the Keough School to bring together academics and policymakers in the virtual symposium “Measurement and Impact of Deep Trade Agreements.” Among the panelists leading discussions that day were several influential leaders in world economics, including Robert Koopman, Chief Economist and Director of Economic Research and Statistics Division at the World Trade Organization, and Marion Jansen, Director of Trade and Agriculture Directorate of the Organization for Economic Cooperation and Development.

Bergstrand’s research and methodologies have influenced trade policies around the world for more than 40 years, and he says that the IIEI Lab provides the motivation and support that he and other scholars like Paniagua need to engage meaningfully at the international policy level.

Examining International Disintegration
Paniagua came to the Kellogg Institute in August 2021 for the academic year. A research fellow at the Institute of International Economics at the University of Jaume I (Valencia), as well as a research fellow and Chair of Energy Sustainability at the University of Barcelona, he seeks answers in his research to questions about how deep trade agreements impact international economics and business. At Kellogg, he’s continued investigating the role of deep trade agreements on trade and foreign direct investment (FDI) and also examining the effects of international disintegration and regional succession.

“Independence movements, in Europe and other places, starting with Brexit, have captivated our interest,” says Paniagua. “It’s the opposite of integration and free trade agreements; it’s returning to a prior state. Historically, research has looked at the effects of integration, but we still don’t know that much about disintegration.”

There’s a lot to uncover about the effects of disintegration and the role of deep trade agreements in international economics, adds Paniagua, and he’s making significant progress on both areas of study in collaboration with Bergstrand through the use of novel equilibrium welfare analyses grounded in formal theoretical economic models.

“Our academic interests overlap,” says Bergstrand, explaining that their joint research examines the cross effects on trade and FDI of provisions in deep trade agreements that address liberalizations as well as obligations. “The IIEI Lab helps nurture Jordi’s interest in policy and enhances his ability to contribute at the EU level. Another distinction Jordi brings with him is a growing database of deep trade data [for the FDI] – by particular transaction and between countries. This kind of data has rarely been available or used before. It’s very detailed and granular.”

Paniagua, who moved here with his wife and two children for the academic-year fellowship, says he is honored to work with “one of the founding fathers” of this kind of research. “It’s been an amazing experience,” he says. “I’ve learned in so many ways and have been able to really focus on my work this year.”