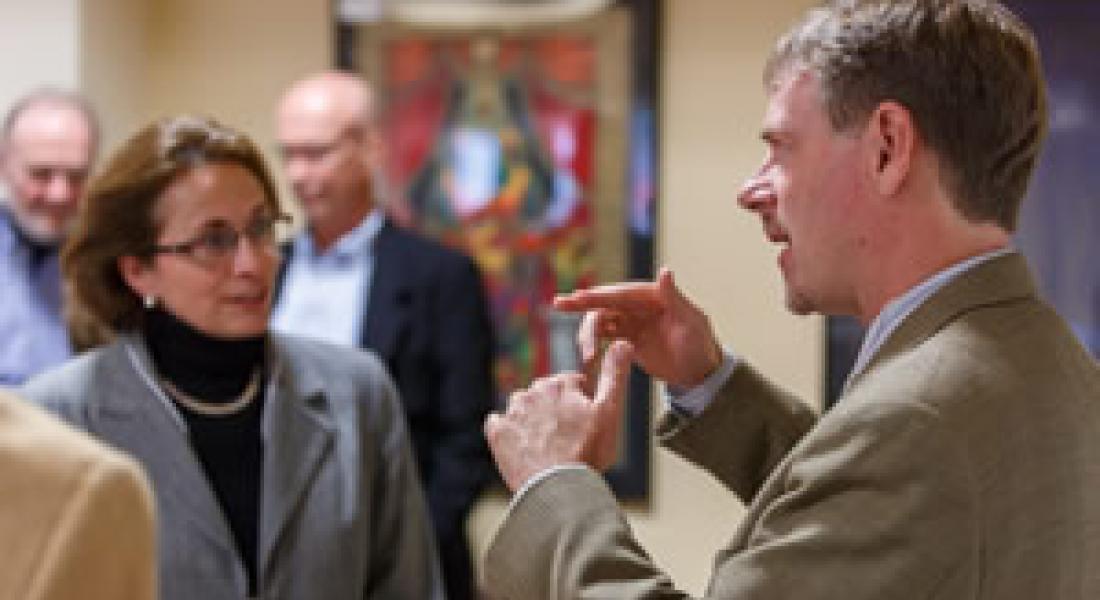 An international conference held at the Kellogg Institute in October brought together social scientists, philosophers, and development practitioners to deepen an ongoing investigation of the role of human dignity in human development theory and practice begun at a 2014 conference.

“Approaching human development from the perspective of human dignity serves as a locus for dialogue across differences that might otherwise be intractable in the global environment,” said Kellogg Director Paolo Carozza, who leads the multiyear research initiative.

Rather than crafting a new “dignity approach” to development, the project aims both to identify principles and methods that enable practitioners to value human dignity in their work, and also to enhance scholarly understanding of human dignity through the experience of development practice.

Key themes running through the conference were the relational as well as individual nature of human dignity and the centrality of agency to people realizing their inherent dignity in a variety of cultural contexts.

In her opening plenary, international development specialist Séverine Deneulin (University of Bath) spoke on the value of accompaniment and solidarity in the development process. “One becomes an agent through interaction with others,” she said, noting that there is no single method for accompaniment. “It takes an infinite variety of forms.”

Findings from the Kellogg community

Among the highlights of the conference were short dives into specific contexts of development by a variety of social scientists and practitioners, many of them Kellogg faculty fellows.

Social scientists from other institutions, including a trio of economists, added to the dialogue.

Development practitioners from Kellogg partner organizations AVSI and Catholic Relief Services (CRS) discussed how an emphasis on human dignity plays out in the field.

Philosophers were a new and welcome addition to the project’s dialogue between practitioners and social scientists.

Already underway is an edited volume that will gather selected papers from this year’s conference as well as the 2014 conference. A June book workshop is planned to discuss the manuscript.