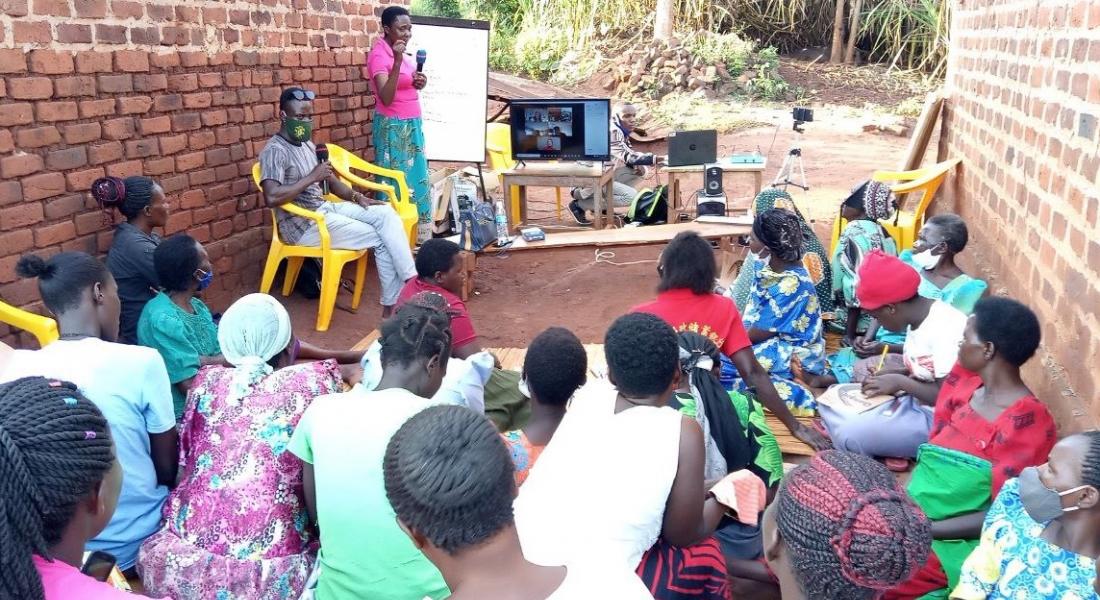 On the first day of her mini-internship at a legal advocacy center for refugees, Meredith Wilson ‘23’s supervisor gave her and her teammates a blunt warning: They were going to get tough assignments, and it was up to them to either sink or swim.

The daunting message hit home when, as their first task, they were asked to do an in-depth study of a court rule that could impact a pending case.

“Even though everything was written in English, it was like it was written in a foreign language because of all the legal jargon,” the Kellogg International Scholar said. Making it doubly hard was that it was written in the legalese of South Africa, where the center was based. “It was really challenging for us.” 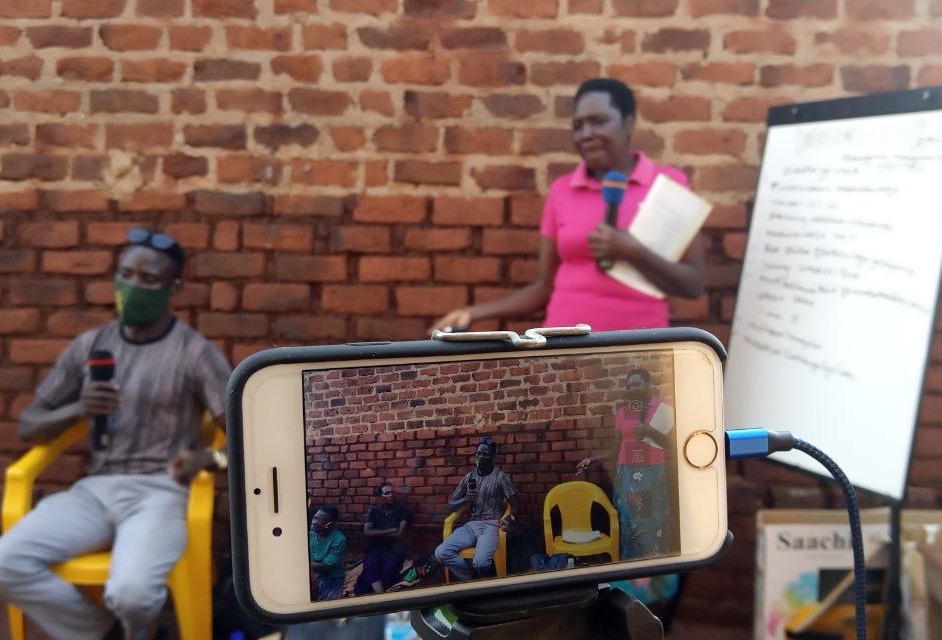 Wilson is one of 19 Kellogg undergraduates who, with international travel restricted due to COVID-19, took part in a program offering virtual international projects during the University of Notre Dame’s recent winter session. Through Kaya Responsible Travel, students collaborated on projects related to microfinance, health, and education with organizations in Uganda, South Africa, and Ecuador.

“I wanted to do something productive and stimulating over the break because I knew it was going to be such a long stretch of time,” the anthropology and global affairs major said. “And at a time when we were really isolated, this was a way to form new connections with International Scholars I didn’t know. I came back to campus knowing more people.”

Students worked in teams of four or five, scattered at their homes across the United States. Due to social distancing restrictions on campus in the fall, many knew each other in only in passing or not at all.

They met frequently with their supervisors to discuss their work and video conferenced daily with their teammates. To ensure a cultural component was part of their projects, they had informal “buddy chats” several times a week with peers in the countries where their projects were based.

One student even reported that her “buddy” strapped a camera on a motorbike and drove through the traffic-clogged streets of Kampala to give her a taste of life in the Ugandan capital.

“Across the board, students said the exposure to different cultures and the sense of community they felt – with their partner organizations and with each other – were their favorite parts of the experience,” said Holly Rivers, the Kellogg Institute’s associate director.

The virtual projects concept was born out of necessity during the pandemic but has proved so successful that Kellogg will continue virtual programming as part of its regular offerings for undergraduates. 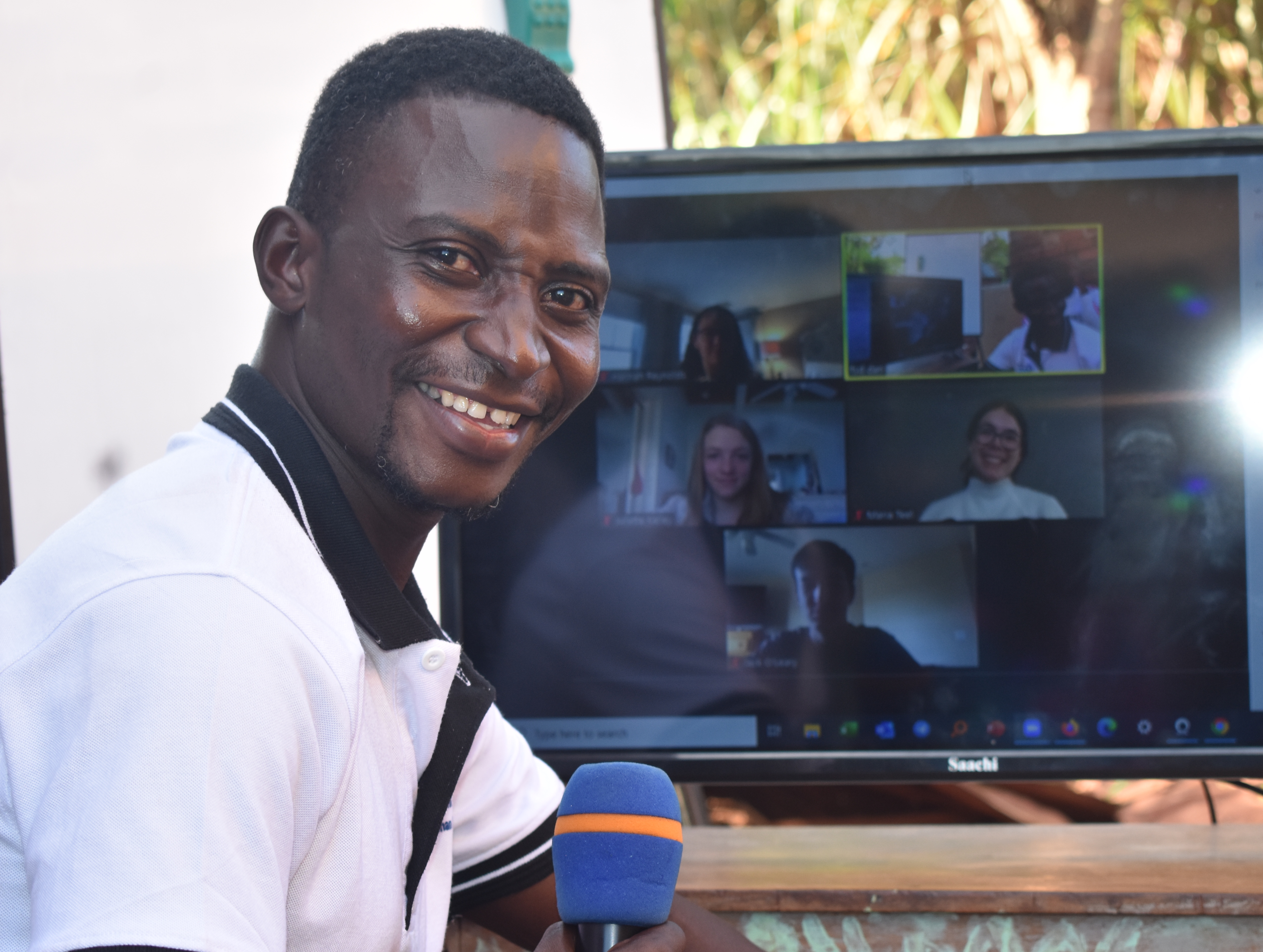 “The world is changing and there are many companies that have already concluded they will not go back to work in person, at least not in the way they did before,” she said. “We recognize that virtual work trains students in skills they will need in the future, like being able to work in different cultural environments and with supervisors they may only meet online.”

Rivers noted that, because of the remote nature of their work, students were at times pushed to take initiative and troubleshoot problems on their own – as three teams working on projects in Uganda did when the president unexpectedly shut down the internet for four days during the country’s elections.

“They didn’t fail because they had each other,” Rivers said. “They brainstormed together and asked, what do we do and how do we figure this out while we’re waiting to have access?”

One of those students was Olivia Foley ’22, an International Development Studies minor from Munster, Ind., who said the internet disruption taught her about patience and accountability, forcing her team members to do as much as they could on their own until they reconnected with their supervisor.

Foley’s team worked with a Foundation for Sustainable Development program that provided hygiene and sanitation education, with the goal of helping children with HIV and AIDs improve their quality of life. During the three-week project, the team organized community presentations from experts and conducted presentations on their own.

In focus groups the team organized to assess the impact of the presentations, the science-business major said she learned the importance of “listening to what the community wants and needs, not just what I believe would be helpful.” And even though she wasn’t able to be on the ground, her exposure to development work will help her throughout the rest of her career.

“Despite the fact that this project was virtual, I absolutely feel like I had an international experience,” Foley said. “Although it would have been ideal to be in-country, this was a great alternative for when travel is not possible.”

The winter term projects took students out of their comfort zones, intellectually if not physically.

Alex Lewis ’22, a neuroscience and behavior and Spanish major, tackled a slew of new and at-first intimidating tasks during his stint with the Clara Luna Foundation, a nonprofit in Ecuador that provides educational activities for local families. His team created educational comics about recycling, health, and self-esteem, as well as social media posts and short videos for English lessons.

From his home near Washington, DC, he practiced Spanish with his Ecuadorian counterparts and took part in buddy chats about the country’s food, holidays, and music. The entire experience reinforced his desire to travel to Ecuador and beyond when the pandemic ends.

“The most valuable thing I learned was that worthwhile connections can be made across cultural boundaries in a virtual context,” he added.

Wilson, meanwhile, said her team’s supervisor sent the group new tasks to complete every few days that ranged from drafting an affidavit to analyzing government policies. As time went on, she and her teammates became more comfortable working with each other and in a foreign environment.

“We knew that whatever happened, we would be able to tackle it and we could lean on each other,” she said. “It was confidence-building to know that even in an unfamiliar environment, we could do this.”

The experience provided insight into another culture and into the laws of another country, despite the distance.

“I had such a US-centric view before I did this,” added Wilson, who said the experience will help her decide whether or not to attend law school after graduation. “It definitely shook my perspective.”

Learn more about the winter projects these and other Kellogg students worked on at https://kellogg.nd.edu/winter-term.