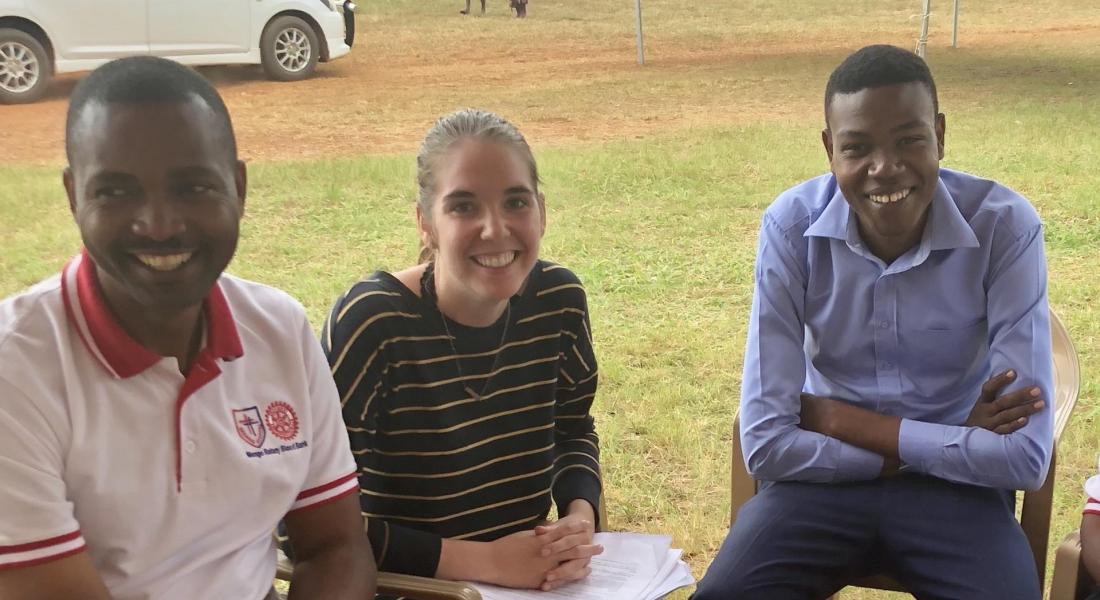 The summer after her freshman year at the University of Notre Dame, Caroline Murtagh ’19 worked in Syracuse, New York, at a summer program for resettled refugee children, living in the same inner city neighborhood as many of their families. She would often walk the students home in the evenings, and their parents would invite her to eat dinner with them, feeding her dishes from their native countries and telling her their stories of why they left.

The experience introduced her to the struggles faced by those who escape conflict zones. And it showed Murtagh, a biological sciences major who hopes to become a doctor working in global health, how little she knew about helping them.

“It gave me this awareness that local people who experience issues are the experts who will one day solve them,” she said. “It changed my perspective from one of service to accompaniment – how to walk with people in this journey versus trying to be the expert, because I did not have the answers.”

That focus on accompaniment, a Catholic-inspired model for development, ultimately drew her to the Kellogg Institute for International Studies. Much of the Institute’s research centers on human development, and through the International Development Studies (IDS) minor, she has conducted research on critical blood donation shortages in Uganda that has drawn the attention of the government and other groups within the country.

Murtagh learned of the problem while working at a medical clinic in Gulu, Uganda, the summer after her sophomore year through the Center for Social Concerns’ International Summer Service Learning Program. Every day at noon, she and the clinic workers and nurses would share chapati bread and tea and swap stories about their lives and work.

One topic that kept coming up was Uganda’s ongoing blood shortages. The lack of donated blood made it particularly difficult for doctors to treat severely anemic or hemorrhaging patients, including women during childbirth.

Her coworkers encouraged her to study the issue, and last year, Murtagh returned to Uganda to do just that. For her IDS capstone project, she collected data examining why some residents of Kampala, the country’s capital, donated blood while others didn’t. She worked on the project with Charles Katulamu, a Makerere University student investigating in the same topic, and said his input – on everything from how to phrase questions in a culturally sensitive manner to introducing her to the community – was invaluable.

The pair found that those who gave blood often did so out of altruism. Those who didn’t donate cited everything from lack of knowledge about how to do so to a fear of learning through the donation process that they were HIV-positive.

But one reason came as a surprise: many respondents believed health care workers illegally sold blood in hospitals, circumventing a donation and transfusion process that was supposed to be free.

Murtagh and Katulama didn’t know if the rumors about illegal blood peddling were true, but they found that the perception was enough to deter residents from donating blood. That was despite the Ugandan government’s efforts to better track donated blood as it traveled from blood banks to hospitals.

“These tracking systems aren’t being shared with the public, so the perception isn’t changing,” said Murtagh, whose research was funded through a Kellogg/Kroc Undergraduate Research Grant.

They presented their findings to key officials in the country’s blood donation system, including the Ministry of Health and the Ugandan Red Cross Society, as well as members of the local blood donors club and university students. Their work sparked discussion – and suggestions – for how to increase blood donation rates, such as organizing blood drives through the popular WhatsApp messaging system.

He said Murtagh has “an intuitive sense for research,” and noted that she conducted an unusually high number of interviews and focus groups while in Uganda.

“I’ve never had an undergraduate collect so much data,” said McDonnell, an associate professor of sociology and a concurrent faculty member of the Keough School of Global Affairs. “That speaks volumes about her. When she puts her mind to something, she gets it done.”

In February, Murtagh received Kellogg’s first-ever Bartell Prize, which recognizes outstanding undergraduate research in poverty and development, for her research in Uganda. She also co-chaired that month’s 2019 Human Development Conference, a student-run event whose theme this year was “Engaging with Empathy: A Preferential Option for the Poor.”

The conference’s focus on accompaniment was inspired by her research overseas and her work with refugees in Syracuse. Those experiences also influenced her leadership of the event: Instead of a top-down approach to giving directions, she and co-chair Vaishali Nayak worked alongside others involved in the planning to generate ideas.

“Our committee was very, very collaborative,” Murtagh said. “We tried to be intentional about what we were doing, and used a co-creation process with all the stakeholders to implement change.”

Murtagh said her IDS research has reinforced her desire to become a doctor. It’s also taught her how systemic issues contribute to global health problems.

“As a biological sciences major, I learned a lot about the molecular basis of disease,” she said. “I love the specificity of that, but I also see from my IDS minor the importance of looking at the big picture and seeing how so many of these systems interact with each other.”

Meanwhile, she hopes to return to Uganda to continue her research and to work with the country’s Ministry of Health to improve blood donation rates. But she knows that data alone won’t solve the problem: Without input from Ugandans involved in the issue, the critical blood shortages will persist.

“Doing this research is a piece of the puzzle, but not the whole thing,” Murtagh said. 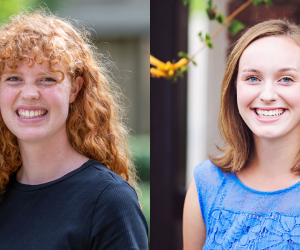