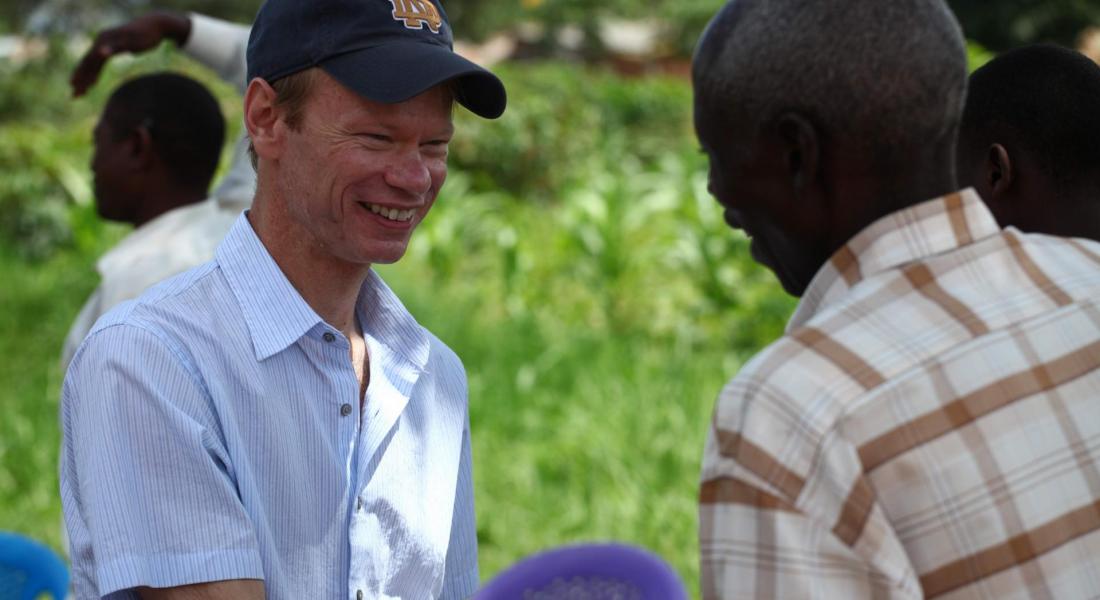 When Rev. Robert Dowd, CSC, started the Ford Program in Human Development Studies and Solidarity 12 years ago, he wanted to do research in the developing world that was distinctive – that wasn’t about “swooping in and swooping out to collect data,” but instead focused on building relationships.

“We wanted to do a different kind of research,” said Dowd, an associate professor of political science and a concurrent associate professor at the Keough School of Global Affairs. “We wanted to make sure that we weren’t simply extracting information to further our academic careers. Instead, we wanted to address the challenges that people themselves – our so-called research subjects – consider significant and to do research that is respectful of their communities.”

“We wanted to build partnerships with local institutions and invest in long-term relationships with communities in Africa and other parts of the world,” he added. “We wanted to turn Notre Dame outward in a new way.”

Dowd is stepping down as director of the Ford Program at the end of June to work full-time at Notre Dame International (NDI), where he has been serving since February as assistant provost for internationalization. But his imprint on the Ford Program – and his influence on the larger mission of the Kellogg Institute for International Studies, its home within the University of Notre Dame – remains.

“Fr. Bob and his vision for the Ford Program have been key in shaping Kellogg’s core identity over the last dozen years,” Kellogg Director Paolo Carozza said. In particular, he cited the Ford Program’s emphasis on human development, a topic that, along with democracy, is one of the Institute’s two primary research themes.

Carozza will serve as acting director of the Ford Program during the search for Dowd’s replacement – a decision Carozza said represents the Ford Program’s importance to the Institute as a whole.

“Through the Ford Program, Kellogg has started to take human development much more seriously and in a deeper way,” he said. “The Ford Program has been the portal through which the great majority of our programming and scholarship toward international development has begun and taken shape. And because of Ford, the Institute has engaged a broader section of faculty at Notre Dame who are interested in human development.”

Dowd is known among faculty and students for his devotion to human dignity and integral human development, with a deep concern for alleviating poverty in the developing world.

“Like few others, he represents the best in what Notre Dame is and could be: a commitment to the Lord and to His poor,” said Faculty Fellow Joe Kaboski, the David F. and Erin M. Seng Foundation Professor of Economics.

The Ford Program was endowed by a gift from the family of Notre Dame alumnus and Trustee Emeritus W. Douglas Ford ’66 to conduct research that addresses the challenges of development confronted by those living in extreme poverty. Its annual Ford Family Notre Dame Award for International Development and Solidarity recognizes substantial contributions to human development; previous recipients have included Nobel Peace Prize laureate Muhammad Yunus and Partners in Health.

Ford projects have studied everything from the impact of religious beliefs on migrant integration in Europe to how remote communities in the Brazilian Amazon are affected by improved market practices. The program’s unique approach seeks to respect the norms, values, and experiences of the communities where it conducts research while producing rigorous, impactful scholarly work.

Today, the Ford Program is an interdisciplinary research organization with faculty in anthropology, economics, psychology, political science, sociology, and theology.

Among them is Faculty Fellow Laura Miller-Graff, who called Dowd a “central force in bringing the Ford Program to life.”

Ford offers a “lived commitment to integral human development” through its focus on relationship-building and its financial and intellectual support of projects that promote human dignity, she said.

Miller-Graff, an associate professor of psychology and peace studies and a core faculty member of the Kroc Institute for International Peace Studies, runs Ford-supported research in Peru that examines how families and pregnant women experience violence. Her work is done in collaboration with the local Holy Cross Instituto de Pastoral de la Familia (INFAM) – a partnership that highlights the Ford Program’s emphasis on community engagement.

“Building these relationships and conducting community-based research is necessarily a long-term endeavor, but I firmly believe that taking the time to foster healthy partnerships not only contributes to a more strongly interconnected global community, but also facilitates more rigorous and more interesting research,” she added. 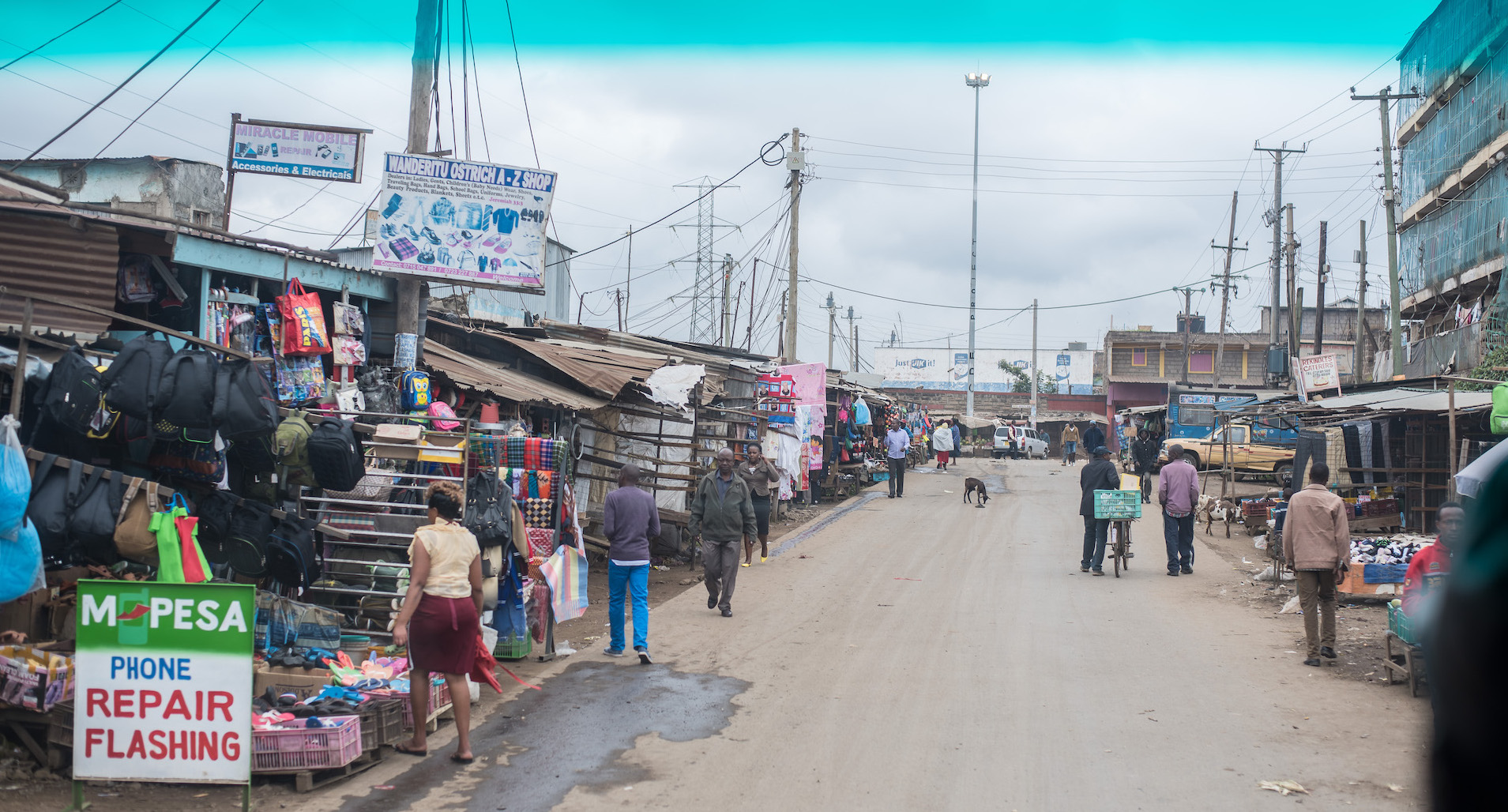 Dowd is an Africanist who has conducted extensive research in Uganda, Nigeria, Senegal, and particularly in Kenya, where much of his work has taken him to the sprawling Nairobi slum of Dandora.

The area is essentially a giant dump site for the city, and is known for its political violence as well as gang fighting over scrap metal and other refuse. It’s also a crossroads for Kenyans moving into Nairobi and has presented a number of opportunities for Notre Dame scholars to study poverty in an urban environment.

From a research perspective, Dowd’s knowledge of Dandora and his network of connections there have been invaluable to the Ford Program, according to Faculty Fellow Wyatt Brooks, the Joe and Deborah Loughrey Collegiate Chair in Economics and Human Development and a concurrent assistant professor at the Keough School.

“Fr. Bob cares a lot about the people there,” said Brooks, who studies mentorship among female business owners in Dandora.

“The fact that he knows so much about a specific location and has brought so many Notre Dame researchers there – it’s a really unique situation. Having that incredible insight into Dandora has been a real benefit to our work at Notre Dame.”

Dowd, meanwhile, said one of the Ford Program’s biggest accomplishments has been expanding the geographic scope of the program from its initial focus on East Africa to different parts of the world. Another has been maintaining its emphasis on relationships, which he said “leads to better research.”

“Our work is better informed because of that,” he said. “Our research is focused on the questions that are most relevant. The data and the information we collect is more accurate and, in the end, the research product is more valuable and more useful.”