Alfredo Corchado is a journalist and author who covers United States policy in Latin America and the US-Mexico border. He is the Mexico border correspondent for The Dallas Morning News, where he has covered issues including migration, Cuba, Mexico’s drug cartels, organized crime, and corruption for more than two decades. He previously reported for the Wall Street Journal and the El Paso Herald Post.

Corchado, a native of Mexico, is the author of Homelands: Four Friends, Two Countries, and the Fate of the Great Mexican-American Migration (Bloomsbury Publishing, 2018) and Midnight in Mexico (Penguin Books, 2013).

Corchado has been a visiting fellow at the David Rockefeller Center at Harvard University, a visiting scholar at the Woodrow Wilson Center, a recipient of the Lannan Residency Fellowship, a USMEX fellow at the University of California at San Diego, and a Neiman Fellow at Harvard University. He is the Southwest Borderlands Initiative Professor at Arizona State University’s Walter Cronkite School of Journalism and Mass Communication. In 2016, he received the California Chicano News Media Association’s Career Achievement Award in recognition of his three-plus decades covering the border. He is also the winner of the Maria Moors Cabot and Elijah Parish Lovejoy Awards for Courage in Journalism.

Corchado earned a BA in journalism at the University of Texas at El Paso. He lives in Mexico City but calls the border home. 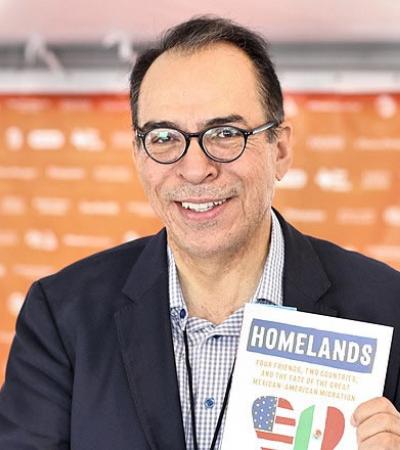