Emmie Mediate is passionate about identifying solutions in climate, health, and equity that create more resilient communities in the U.S. and globally. As the Climate & Health Program Director at Health Care Without Harm, she supports the health care sector in tackling climate mitigation and resilience while advancing climate-smart policy. Prior to her current role, Emmie oversaw COVID-19 response and recovery in the mid-Atlantic region at the CDC Foundation. She has served as the Chief of Staff at the American Flood Coalition, a nonpartisan group driving adaptation to rising seas and more frequent flooding. Emmie previously worked as the Director of Presidential Affairs at the Planned Parenthood Federation of America and as an International Development Research Fellow on a USAID-funded project for HIV-affected households in Uganda. Emmie graduated from the University of Notre Dame with a B.A. in Health Studies and Africana Studies. She holds a Master’s degree from the University of Oxford, where she studied as a Rhodes Scholar.

This profile was current as of 2015 when she was part of the on-campus Kellogg community.

Emily’s personal and professional goals come together in her integration of Catholic social teaching’s conception of human dignity into policy approaches to international development. With a career goal of improving health-based foreign aid, Emily intends to pursue a master’s in evidence-based social intervention and policy evaluation at the University of Oxford at the conclusion of her fellowship.

As an International Scholar, Emily worked with Faculty Fellow Terence McDonnell to analyze USAID HIV/AIDS campaigns. She also conducted independent research in Uganda, most especially on the role of foreign funding and personnel in the country’s HIV/AIDS epidemic. The fieldwork was the basis for her Africana studies senior thesis as well as her IDS capstone essay.

The recipient of a Kellogg/Kroc Undergraduate Research Grant as well as other funding, Emily studied abroad in London, where she was a policy and advocacy intern with Save the Children, UK. She has worked weekly with Imani Unidad, a South Bend support group for women with HIV, learning that “HIV is so much more than a medical issue.” She also continues her relationship with the Palliative Care Association of Uganda, where she was a Kellogg Summer Intern in 2013, planning to make the organization the focus of her master’s thesis.

As an International Development Fellow with AVSI in Kampala, Uganda, Emily will conduct research to evaluate a multi-faceted USAID-funded program that aims to improve the well-being of children in HIV-affected families. This year’s focus is on how economic strengthening can improve outcomes.

The Association of Volunteers in International Service (AVSI) is an international not-for-profit, non-governmental organization founded in Italy in 1972. AVSI’s mission is to support human development in developing countries with special attention to education and the promotion of the dignity of every human person, according to Catholic social teaching. At present, AVSI is operating in 38 countries of Africa, Latin America, Eastern Europe, the Middle East, and Asia with over 130 long-term projects and relief operations directly benefiting around 4,000,000 people in various sectors. Highly qualified AVSI personnel are directly involved in long-term field assignments together with hundreds of locally hired people and supported by dozens of academics and senior practitioners. 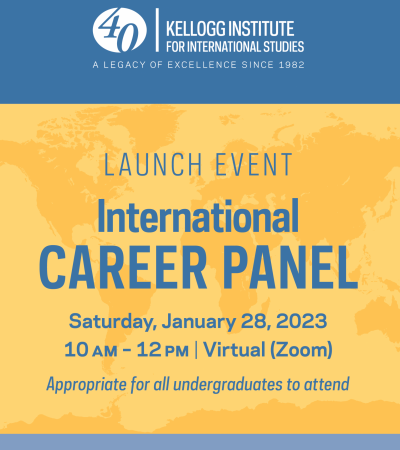 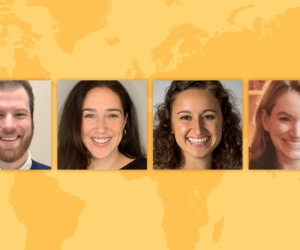 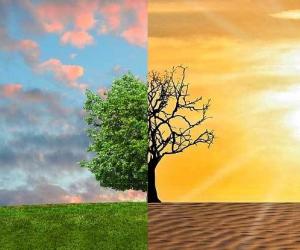 What We’re Concerned About: Climate Change

I’m concerned about the impact of climate change, which many public health experts say is the biggest global health problem today. In addition to its direct health impacts, such as death and injury during floods and storms, climate change increases the spread of disease vectors, air pollution, and water pollution, and contributes to migration and food insecurity. Climate change is a significant barrier to human development because it threatens the health of communities around the world. 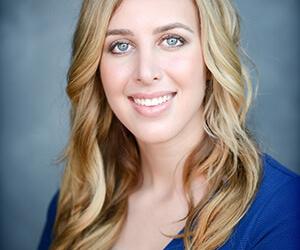