Bright Gyamfi is a rising fourth-year doctoral student in the Department of History at Northwestern University. Prior to attending Northwestern University, he received his B.A. from the University of Notre Dame where he majored in history and political science. While at Notre Dame, he was a member of the International Scholars Program, Balfour Hesburgh Scholars Program, the Sorin Scholars Program, and the Presidential Circle Scholars. He received several research grants including the Balfour Hesburgh Undergraduate Research Fellowship, the Kellogg Institute for International Studies Experiencing the World Fellowship, and the Nanovic Institute for European Studies Fellowship that enabled him to conduct archival research in Ghana, the United Kingdom, and Trinidad & Tobago. He was a recipient of the U.S. Department of State’s Benjamin A. Gilman International Scholarship. At the end of his tenure at Notre Dame, he received the Wright, Flint-Hamilton & Mason Award for Best Africana Studies Senior Thesis.

After his undergraduate studies, he was awarded the Thomas J. McMahon IV Endowment for Excellence for the Pursuit of Scholarship at the University of Oxford where he earned an MSc in African Studies.

Gyamfi’s dissertation examines the roles that intellectuals inspired by Ghana’s first president, Kwame Nkrumah, in transforming and radicalizing the study of Africa in the Atlantic. Rather than going into decline after Nkrumah’s ouster in 1966, Nkrumahist intellectuals in Ghana and elsewhere in the Diaspora sought to foreground the struggles of Africans and peoples of African descent for political, social, and economic independence within academic scholarship. In so doing, these intellectuals moved away from the more Ghana-centric focus of scholarship produced in Ghana between 1957 to 1966—ironically the period when Nkrumah was directly supporting pan-Africanist research. Forced to think conceptually outside of Ghana, they adopted a regional and global scope. These scholars interacted with other intellectuals in countries within Africa and across the Atlantic to adapt Nkrumah’s pan-Africanist vision to local realities. Within Africa, he focuses specifically on their work at the Dakar-based African Institute of Economic Development and Planning, a pan-African organization that the United Nations created in 1962. In the diaspora, he traces their role in shaping Black Studies programs in the United States and political and cultural projects to foment Black consciousness in Grenada, Suriname, and Brazil. These collective efforts helped knit a new type of pan-Africanism that took Africa and its diaspora seriously as a terrain of unified political action and intellectual research. The role of this network in these crucial transnational intellectual shifts has not been recognized, nor has their relevance for understanding Ghana’s experiences after 1966.

The profile below was current as of 2016 when he was part of the on-campus Kellogg community.

My research examines the significant roles that educational institutions such as the Institute of African Studies have played in our understanding of decolonization, African nationalism, Pan-Africanism, and post-colonial nation building. My research posits that the liberation of Ghana in 1957 enabled Dr. Kwame Nkrumah, the first Prime Minister and President of Ghana, to advance his agenda for Pan-Africanism and African nationalism through higher education thus empowering Africans to write their own history. This claim rests, first on an analysis of Nkrumah’s political and educational experiences abroad between 1935 and 1947, and second, on an evaluation of his establishment of the Institute of African Studies, a semi-autonomous Institute within the University of Ghana in 1961. My research project highlights the manner through which the history curriculum has had an impact on Ghanaian citizens’ understanding of their nation, citizenship, cultural norms, and political rights. This exploration aims to contribute to the literature on higher education, Ghanaian nationalism, and Pan-Africanism by revisiting and reevaluating Nkrumah’s educational policies, speeches, and experience abroad. Thus, this study approaches existing interpretations of Ghanaian history, but more specifically, the development of higher education through new and largely unexplored avenues. Overall, this research adds to a growing literature on the histories of education and national development in Ghana and the ways in which these dynamics continue to influence Ghanaians’ impressions of their own history.

Bright Gyamfi is a senior majoring in History and Political Science at the University of Notre Dame. Advised by Professor Paul Ocobock, Bright’s research explores the development of the Ghanaian history curriculum and he has conducted archival research in both Ghana and England. His project has received funding from a number of on-campus grants including Experiencing the World Research grant, UROP Comprehensive Summer Grant, Balfour Undergraduate Research Fellowship, and the Nanovic Institute Fellowship.  As a Gilman Scholar, Bright has also received research funds from the U.S. Department of State’s Bureau of Educational and Cultural Affairs. In early 2015, he presented his research project titled “Teaching African History through the Lion’s Perspective” at Notre Dame’s Undergraduate History Research Conference. This year, he received the Kellogg/Kroc Research Grant to continue his research in Trinidad and Tobago to study works of George Padmore, a renowned Pan-African scholar who was later appointed as the head of African Affairs in Ghana. This summer, Bright was a visiting research fellow at the University of North Carolina Chapel Hill through the Moore Undergraduate Research Apprentice Program (MURAP). While there, under the supervision of Professor Kennetta Perry, his research examines the philosophical objectives of higher education during colonial rule (1900-1957) and postcolonial (1957-1966) rule in the twentieth century. Additionally, he presented his research at the MURAP 2015 Conference: Colonialisms: A Global Perspective. 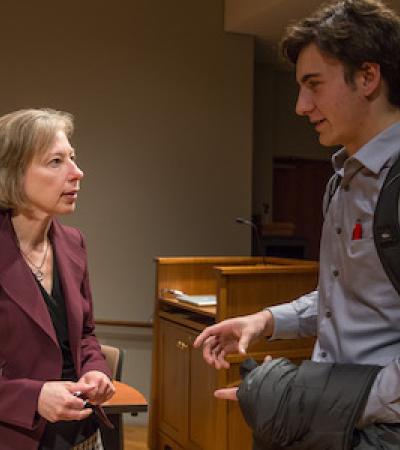 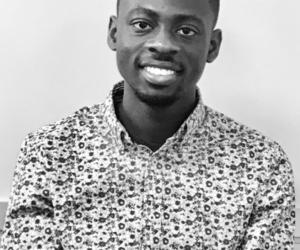 Congratulations to former International Scholar Bright Gyamfi '16, who's had an article published in The Journal of African American History. 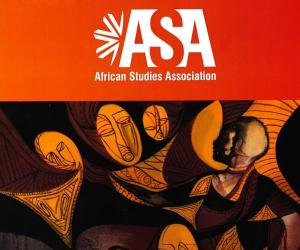 Leaders from the Kellogg Institute for International Studies attended the African Studies Association conference in Boston last month, the first time in more than a decade that Kellogg has had a presence at the annual event. 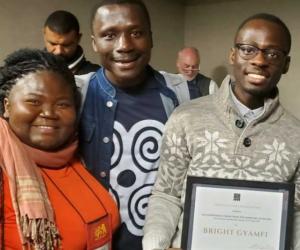