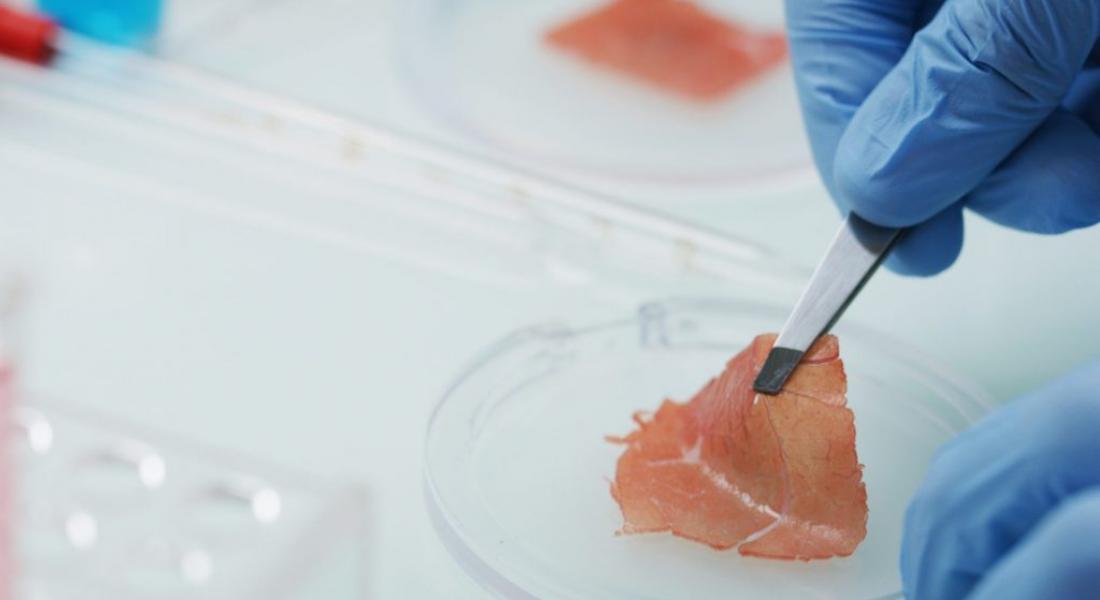 In July, the global fast food chain Kentucky Fried Chicken announced a partnership with a Russian company, 3D Bioprinting, for the purpose of producing chicken meat in a lab setting. The new product, called “biomeat,” is produced in a process involving “additive bioprinting technology using chicken cells and plant material.” The Russian company emphasizes the benefits of lab-grown meat and bioprinting: “biomeat has exactly the same microelements as the original product.” KFC is venturing in this direction, it tells us, to realize its vision of the “restaurant of the future,” which relies on new technologies to change all aspects of fast food dining–the food, its preparation, and interactions with consumers.

Amid the torrent of news about the global pandemic and political turmoil in the US, this bit of news seems, well, less meaty. Why should we care?

This joint venture between a small Russian biotech company and a US-based fast-food behemoth deserves attention because it prompts us to rethink how technology features in our political and everyday lives. The lens of integral human development makes such a rethinking possible through a commitment to development as a locally specific and contingent process. For the case of contemporary Russia, it holds open the possibility that any closely observed, empirical trend might lead to an unlearning of widely held assumptions—about how markets economies work, for example—and then to a re-learning of how the Russian economy is evolving and the role of the state in this development. The news about the joint venture between KFC and 3D Bioprinting can thus help us reconsider conventional wisdom about political, economic, and social trends in Russia.

Rethinking Russia
With that in mind, what are the relevant aspects of the Russian-made biomeat? What can we unlearn and what can we re-learn? First, the fact that this technological innovation involves a Russian company is noteworthy, because it runs counter to our expectations of economic activity in that country. The Russian economy is usually portrayed as an institutionally weak petrostate—stagnant at best, failing at worst. It is true that the Russian economy is dependent on export and tax revenues from the hydrocarbon sector, but that does not mean that all other sectors are floundering or suffering. A number of Russian companies and subsectors have experienced significant capital inflows over the last decade or so, and in turn have modernized production. Agriculture and food processing are among them, as I show in a paper published in Governance. KFC and 3D Bioprinting’s foray into the cutting-edge of food processing technologies show that technological upgrading is a notable feature of the Russian economy–recognized as such by KFC, a large and strategically minded actor in the highly competitive environment of global fast food.

A second takeaway from the announced collaboration: the technological upgrading in the Russian economy owes at least some of its success to support by the Russian state, which has been actively involved in promoting technological transformations in a number of sectors. Outside observers typically think of the Russian public sector as a corrupt and stifling bureaucracy that does more harm than good. This view, though certainly justified in some cases, neglects the fact that the Russian state has been financing the research and development of a large array of industrial technologies for nearly two decades.

The case of the fabricated chicken meat thus shows that state funding for technological upgrading in the Russian economy has significant effects across various sectors. Even if not always successful, this kind of state support for technological innovations calls for a revision of the conventional wisdom of the Russian state acting only and always as a stifling bureaucracy that threatens property rights. There is significant evidence that investors and enterprises in sectors that are deemed politically important are enjoying what we could call property rights umbrellas.

Thirdly, novel food processing technologies deserve attention for reasons that go well beyond Russia. Technological innovation has of course garnered widespread attention, but the general public tends to be more focused on breakthroughs in communications technologies and computing, as these types of technologies have obvious dramatic impacts on many aspects of every-day lives. (Although, it is also true that CRISPR CAS-9 technologies have been in the limelight recently, given the award of the 2020 Nobel Prize to Emmanuelle Charpentier and Jennifer Doudna for their role in developing this technology).

Technological changes in agriculture and food systems arguably are just as important in shaping everyday life for billions—they change what we eat, and perhaps even more importantly, how we relate to nature via agriculture. Many researchers have confirmed that reducing meat consumption would significantly lower carbon emissions. As Jan Dutkiewicz has argued, the production of plant-based “clean meat,” including the type of cellular printing now introduced in Russia, is a crucial step towards more sustainable agricultural practices.

The Russian company 3D Bioprinting in fact aligns itself explicitly with this future vision of livestock agriculture, emphasizing that cell-based meat products are “more ethical” than conventional livestock agriculture, as “the production process does not cause any harm to animals.” The claim that cellular meat is more ethical than conventional meat takes sides—though perhaps unknowingly—in a longstanding debate on whether profit-oriented, private companies can be part of the solution of animal suffering created by the large confinement operations typical of the industrial meat sector.

The future of food
At its core, the debate revolves around the vexing query whether or not capitalism is compatible with animal welfare. Among the most prominent contributors to this debate are Wayne Pacell, CEO of the Humane Society, and Peter Singer, a professor of philosophy specializing in bioethics–with Pacell arguing that private actors can be part of the solution, while Singer is skeptical. Such questions are unresolved, of course, and unresolvable, perhaps, to the extent that they depart from the assumption that all market economies look alike, and that all private companies act according to similar logics. The KFC/3D Bioprinting joint venture does make clear at least that the political and ethical questions are already truly global realities. In fact, earlier this week the Singapore Food Agency approved cell based meat for consumption, a global first and a move that is widely seen as a landmark moment for the future of meat. The cell-based chicken meat that will be available to Singapore’s citizens is produced by “Eat Just,” a US company headquartered in San Francisco that very explicitly links consumer choice with sustainable agricultural practices.

While the ethical conundrum is global in reach, the regulatory frameworks for food safety protocols are still largely national, shaped by domestic laws and political dynamics. In fact, countries vary greatly in how they regulate emerging CRISPR CAS-9 technologies. While US regulations of agro-biotech have generally been permissive, biomeat itself has run into regulatory obstacles. On the one hand, US-based firms, encouraged by a political and economic climate that favors venture capital, have been at the vanguard of developing new food technologies. On the other hand, the beef and meat lobby has hotly contested the regulatory approval of cellular meat, which is still pending. Meanwhile, the relatively weaker private sector lobbies and the étatist economic policies in Russia have put the country on the map of the unfolding cellular meat revolution.