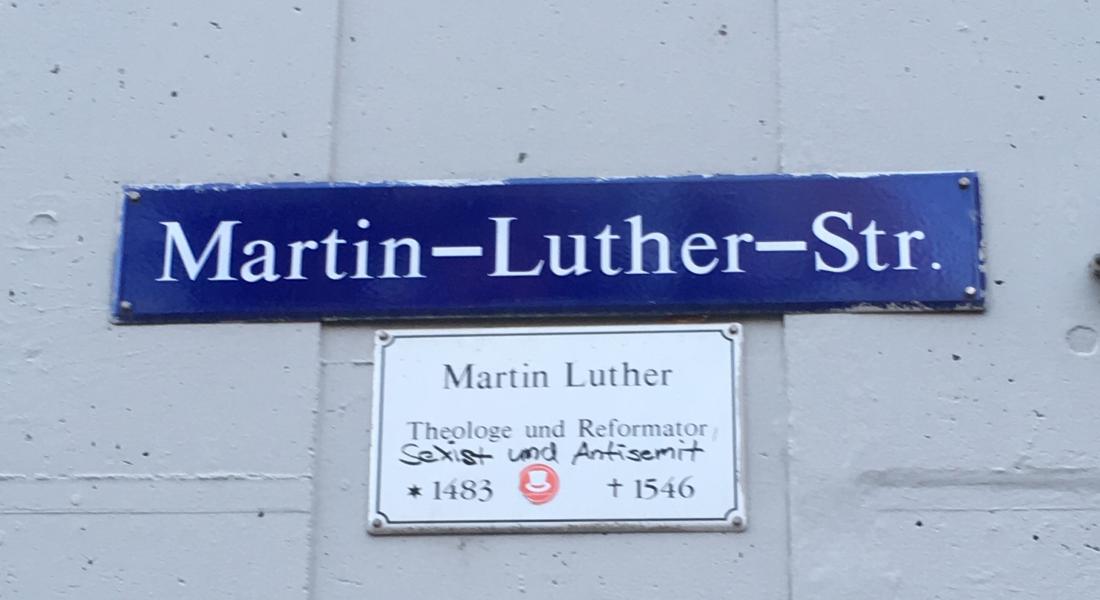 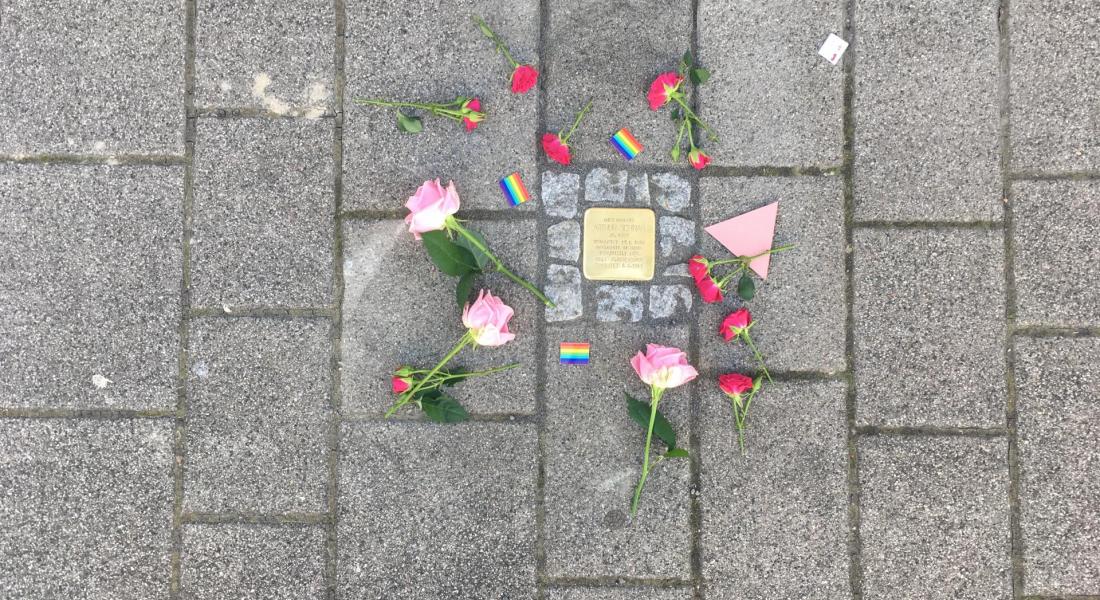 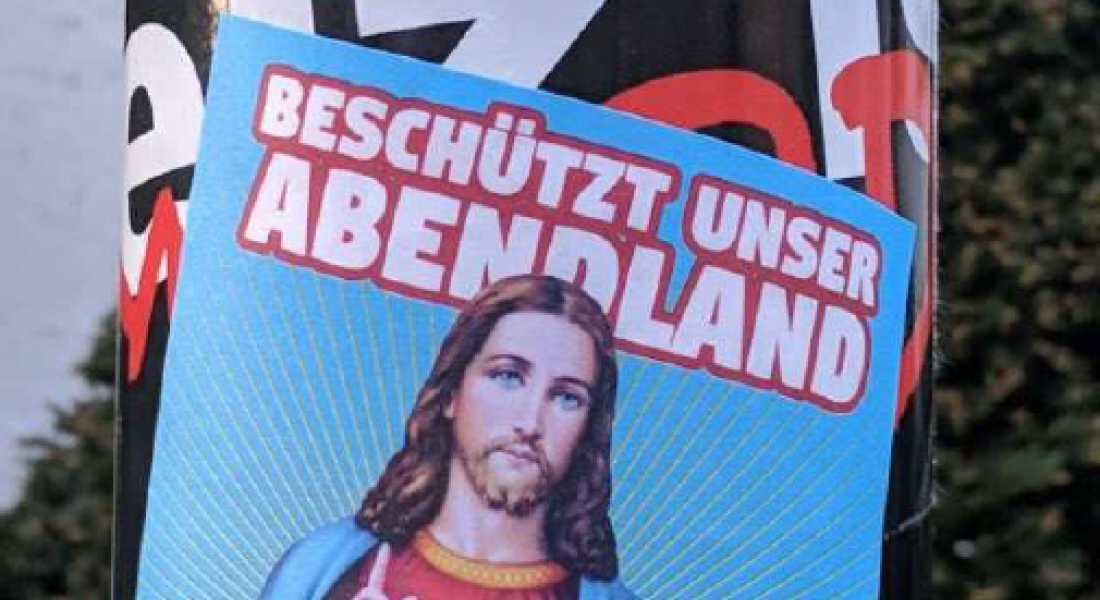 Kellogg Doctoral Student Affiliate Emma Rosenberg, who is pursuing her PhD in political science, currently conducted  research in Austria and Germany, funded by a Kellogg Graduate Research Grant. Here’s what she did and learned, in her own words:​​​​​​​

When I first left for Germany in early 2019 to study the strategic use of religious appeals by right-wing populist parties in Central Europe, I had a clearly compartmentalized research project. In response to my question—In the context of declining religiosity in Central Europe, why do right-wing populist parties use religious rhetoric?—I designed a mixed-methods approach that consisted of three parts. Part I was a statistical analysis of my dependent variable, religious appeals, based on the coding of political platforms by a team I would assemble and train of native-language speakers of Croatian, Czech, Hungarian, German, Polish, Slovenian, and Slovakian. Part II consisted of qualitative interviews with religious leaders and politicians in my two case studies, Austria and Germany, at the national and sub-national levels. Finally, Part III consisted of a survey with an embedded experiment that would seek to test for correlations between religiosity, religious identity, values and resonance of religious appeals. What I didn’t anticipate was how quickly my experiences in the field would change not only my perceptions but also my approach; almost immediately, I abandoned such a siloed approach in exchange for a more organic one where I simultaneously worked on all three parts and allowed each individual approach to benefit from knowledge gained in another.

I had initially planned on rolling out my survey in Bavaria, followed by Germany and Sachsen in February or March. Instead, I found myself questioning the validity of some of my survey questions as accurate measures following interviews that did not quite fall in line with prevalent literature. One question I had not anticipated turning into such a conversation-starter was mentioning to members of the right-wing Alternative für Deutschland that in the Political Science literature, they are considered right-wing populist parties. On more than one occasion, they pushed back, arguing that they were a Werte-konservativen (conservative values) party instead. Additionally, politicians of all parties frequently highlighted the parallel between a loss of faith in political and religious institutions. After consulting with German professors at several universities, I am rewriting my survey to reflect these on-the-ground observations; ironically, one that is even more theoretically strong.

Overall, the hypotheses I am seeking to test are based on religious history. More specifically, I test whether church-state relationships and the historical political integration of religious minorities play a role in the variation in and distribution of religious appeals. I chose my German cases based along with differing historical experiences: Bavaria had a historically more integrated Jewish population and a long Catholic tradition. In contrast, Saxony has a more fraught history with Jews and, while its religious population is majority Protestant, it is overall a majority atheist state largely due to the Soviet occupation. Reading about this is one thing; immersing oneself in the cities and interviewing religious leaders and politicians about these subjects is another I learned.

At the end of March, I was invited by the artist who lays the Stolpersteine or ‘Stumbling Blocks’ for victims of the Holocaust, to the ceremony for the installation of the first Stolperstein in Eislingen-Fils for a gay Holocaust victim, Arthur Schrag. In addition to local elected officials, the Protestant pastor, Frederik Guillet from the church Arthur had been a member of 80 years earlier, spoke to the assembled crowd of nearly fifty. He recounted how in the church records, the text that Arthur had been assigned for his confirmation had been Psalm 27.10: “When my father and mother forsake me, then the Lord will take me.” Guillet continued: The preacher had perhaps selected these words because of the early death of his parents. Today, they have another meaning. Not only had his father, the state, left him, as he was sent to a concentration camp and was denied a place in society. But also, the church, his mother, had abandoned him. The Protestant Church in Germany during this time acted wrongly and put up no resistance, all too often the opposition. In all human error, state and church-related, the message is clear: God forgets nobody, despite all our efforts. He did not forget Arthur Schrag. The Stolperstein for Arthur Schrag is also a Stolperstein for our church und us believers to remind us to vouch for the truth and to resist when it is forgotten.1

Despite knowing how religious Southern Germany is, I had not expected public recognition of the importance of historical church actors today.

Two weeks later, I moved on to my Eastern German case, Saxony. My first meeting, with professors from the University of Leipzig took place on Martin-Luther Street. Saxony is known for its prevalent atheism and anti-religious population. Only approximately 25% of its population is religious; ~20% are Protestant and ~4% Catholic. Nonetheless, as I was told in several interviews with church leaders, those who are religious, are more religious than their Southern German counterparts; something that would likely be almost untraceable in surveys due to how questions of religiosity are worded and statistical significance. Additionally, while politicians fairly readily disavowed the importance of religion in contemporary German politics at a higher rate than in Southern Germany, they were more likely to see Islam as a threat.

As I wind up the German portion of my fieldwork and start pivoting towards the Austrian portion in September and October 2019, I can already see several areas where my project has had success in ways that I could not have anticipated. Rather than having the results from my survey completed in March 2019, I have a much stronger survey tool that actually reflects the phenomenon I am studying, backed by discussions with local academics that will be completed in June 2019. I have now decided to follow a similar schedule in Austria, where I will update the survey mid-way through my time and roll it out at the end of November 2019. Second, while I had originally planned to focus on the coding of Central European political platforms in the spring of 2020 after my fieldwork was completed, through a combination of Nanovic and Kellogg connections, I am six-nine months ahead of schedule. I found that taking a ‘break’ from fieldwork by working on the coding of rhetoric helped to ground the project in its broader Central European context. Finally, the interviews I’ve conducted with religious leaders and politicians, as well as meetings I’ve attended, strangers I’ve chatted with, and interactions I’ve observed have all made me confident that the questions I am asking are relevant. I am not convinced that my hypotheses are correct; I simply don’t know if religious history plays a concrete role in determining strategies of communication for right-wing populist parties. But I do know that as long as political parties continue to use religious rhetoric as a successful motivator in the context of declining European religiosity, that ‘why’ is a question worth asking.

1 Translated by Emma Rosenberg from original provided by Frederik Guillet 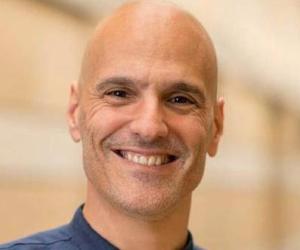 Aníbal Pérez Liñán and his co-author have won the American Political Science Association (APSA) Legislative Studies Section's 2022 Jewell-Loewenberg Prize in Comparative Politics for their article "Oversight or Representation? Public Opinion and Impeachment Resolutions in Argentina and Brazil" in the journal Legislative Studies Quarterly.