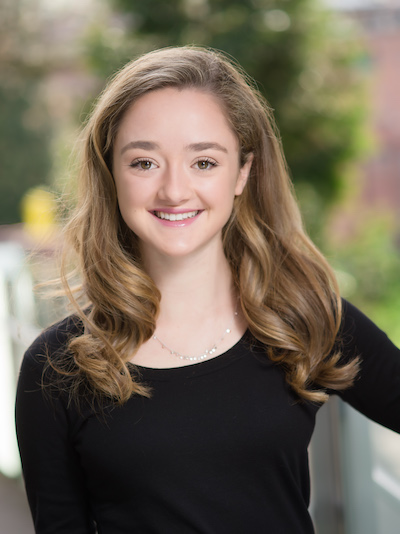 The Spanish word for “accompaniment” has come to define International Scholar Emily Meara '21’s involvement with the Kellogg Institute for International Studies. In the United States, “accompaniment” typically refers to a musical arrangement. But in Spanish, it’s more often used to mean working closely with or helping someone.

In international development circles, it refers to the strategy of actively walking alongside a person in their journey.

“Accompaniment is more than just understanding what somebody is going through,” said Meara, a pre-health studies and Spanish major. “It means you are going to be there in the long run, whether it’s just listening or being there for them when they’re suffering.”

Through an Experience the World Fellowship in Chiapas, Mexico, the summer after her first year at the University of Notre Dame, Meara saw the impact of accompaniment as a development strategy firsthand as she helped assess and transcribe surgical referrals, part of the process of establishing new surgical program at a local hospital.

The project, run by Kellogg Institute partner Compañeros en Salud (CES), the local affiliate of the global health organization Partners in Health (PIH), taught her about the “importance of partnering with local health care providers and having them be informed about the project, as opposed to someone else implementing it.”

Later, under the direction of her ISP advisor, Faculty Fellow Steve Reifenberg, she studied the role of accompaniment in liberation theology and its Jesuit roots. As part of her research, the Spanish major incorporated her linguistic skills to examine the use of the word “acompañar” and the cultural differences behind the term in English- and Spanish-speaking countries.

Reifenberg, Kellogg’s senior strategic advisor and co-director of the Keough School of Global Affairs’ Integration Lab (i-Lab), said it’s been “fantastic” working with Meara for three years through ISP: “The experiences she brought to our partnership, including having spent the summer working with CES in Chiapas, contributed enormously to our research together on accompaniment."

Through her connection with Reifenberg, Meara was able to interview Paul Farmer, a doctor and PIH co-founder, about the concept of accompaniment and its implications for medicine.

She said he told her that it “really means listening to the patient and hearing their story and being there throughout the treatment process” – advice that Meara, who plans to attend medical school after graduation, will use in her career as a doctor.

But she credits Reifenberg with sparking her interest in accompaniment and teaching her how to navigate big research projects.

“He’s been a huge mentor to me,” she said. “His passion for accompaniment and international development continually inspires me.”