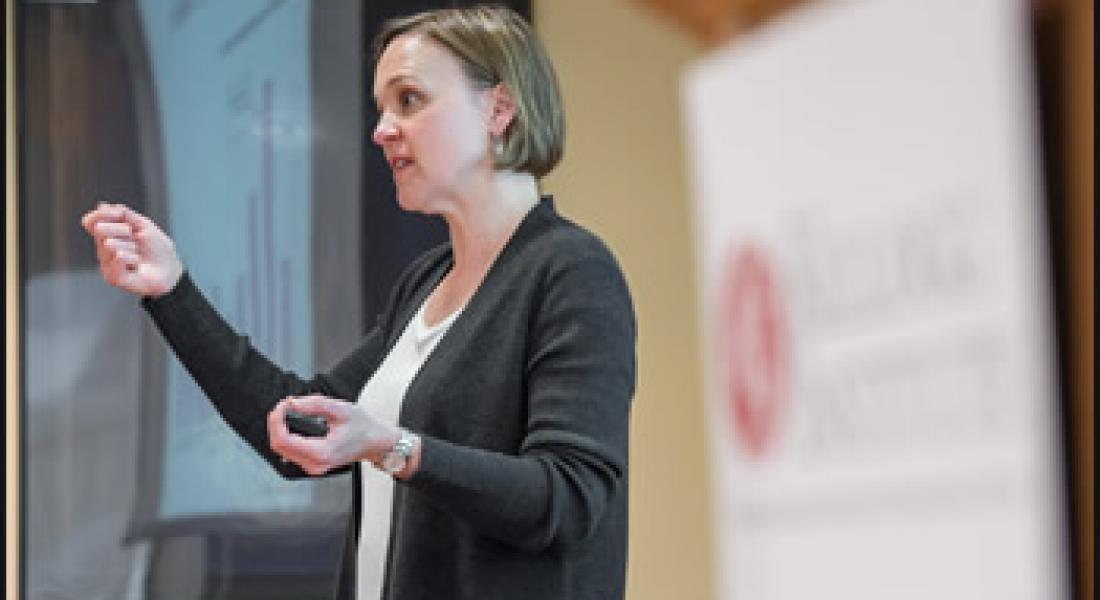 Five leading development economists are spending time at Notre Dame this spring as part of the ongoing series "New Frontiers in Economic Development" sponsored by the Kellogg Institute for International Studies in collaboration with the Joseph Kaboski organized the series to introduce the campus community to research at the forefront of development economics.

"We need to be informed by and in conversation with cutting-edge scholarship in economic development. This series is a great opportunity for us to learn from our visitors—and for them to be exposed to the excitement of what we are doing here."

In her April 9 lecture, Nina Pavcnik, professor of economics at Dartmouth College, discussed the "trade-offs of trade" with an interdisciplinary audience.

"The question of how international trade affects living standards in developing countries is contentious," she said, noting that while world poverty has declined overall, inequality has risen within countries.

"Even 10 years after trade policy changes, workers do not adapt to trade shocks," Pavcnik asserted. The industry in which people are employed and their location—close to trade action or not—matter in determining trades winners and losers, and finding ways to help those who lose from trade is important in broadening support for free trade agreements, she said.

"The series is a wonderful chance to put our graduate students and faculty in contact with outstanding scholars in the field of economic development, offering a great combination of empirical research and applied theory," Kaboski says.

In addition to a public lecture, each distinguished economist's visit includes two three-hour sessions with students in Kaboski's graduate seminar on advanced microeconomic development, following the model he came up with when he first organized the series in 2013.

"Two years ago, a Kellogg-funded graduate student got her feet wet by meeting with series speakers about her initial dissertation ideas," Kaboski says. "She gained a lot of substantive comments but she also learned how to discuss her research with leading scholars comfortably, which benefitted her tremendously on the job market. She had many good offers, and next year she will start at the Federal Reserve Board."

In 2013, the series focused a great deal on microeconomic poverty interventions. This year the focus has been on been on larger scale issues: international trade, political institutions, and firms, for example, and how they alleviate or exacerbate problems in developing countries."

The last speakers in the New Frontiers series present on April 16 and 23: In addition to Pavcnik, this year's speakers include:

Chang-Tai Hsieh, thePhyllis and Irwin WinkelriedProfessor of Economics at the University of Chicago Booth School of Business, whose research focuses on growth and development, especially in developing economies and East Asia. He presented the February lecture "How Destructive Is Innovation?"

Dave Donaldson, associate professor of economics at Stanford University, who conducts research at the intersection of international trade and development. He delivered the March lecture "Who's Getting Globalized? The Size and Implications of Intranational Trade Costs."

David McKenzie, a lead economist in the World Bank's Development Research Group, Finance and Private Sector Development Unit, who studies migration, microenterprises, and methodology for use with developing country data. He will deliver the lecture "What Should We Do about Informal Firms? Why de Soto Is Half-Wrong and the IRS Half-Right" on April 16.

Imran Rasul, professor of economics at University College London, researches the intersection of labor economics, development economics, and public economics, with a special interest in the role of family and social networks in understanding marriage, the family, and labor markets. He will present "State-Building through Compulsory Schooling: The Response of American States to Mass Migration in the Nineteenth Century" on April 23. 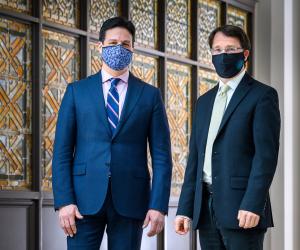