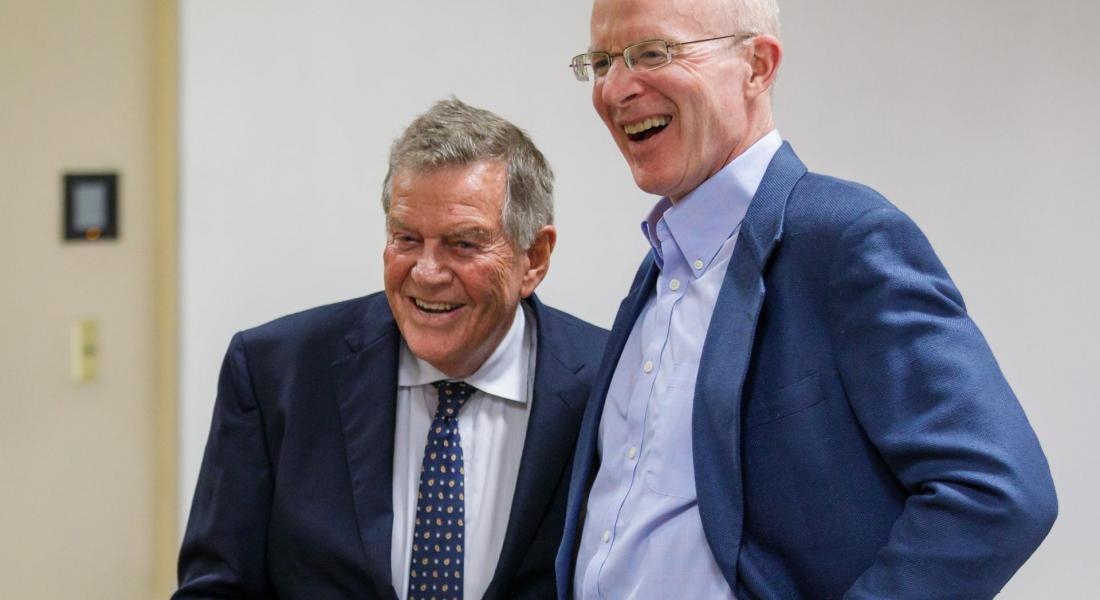 The Kellogg Institute mourns the passing on September 26 of our long-time friend Al Stepan of Columbia University. We are grateful to have had the opportunity enjoy his creative company and to celebrate his life and work during a visit to Kellogg just one year ago.

One of the most prominent comparativist political scientists of the past four decades, Stepan was known for his path-breaking work on the study of military regimes, state institutions, democratic transitions, and recently, the intersection of religion and democracy. His work influenced countless scholars associated with Kellogg.

Stepan was also a dynamic institution builder who played a key role in the founding of the Kellogg Institute.

“No Al Stepan, no Kellogg Institute,” said Faculty Fellow Rev. Timothy Scully, CSC, at an Institute dinner honoring Stepan last fall. While at Kellogg, he engaged with undergraduates and delivered a tour-de-force lecture.

More on his Kellogg association here