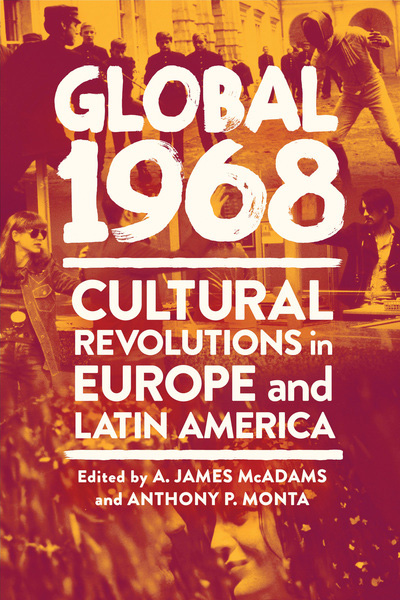 Global 1968, co-edited by Kellogg Faculty Fellow A. James McAdams, the William M. Scholl Professor of International Affairs at the University of Notre Dame, has been published by the University of Notre Dame Press. Also co-edited by Anthony P. Monta, dean of the college and professor of English at Holy Cross College, the volume is a unique study of the cultural revolutions in Europe and Latin America during one of the most influential years in the twentieth century.

The book follows a conference sponsored by the Kellogg Institute and organized by McAdams presenting interdisciplinary studies on the revolutions of 1968 to the Notre Dame community. The conference, titled “1968 in Europe and Latin America,” was co-sponsored by the Nanovic Institute for European Studies.

The conference addressed two themes: revolutions against old orders and revolutions for new societies, offering various perspectives on this time period from distinguished intellectuals hosting discussions on social and political divisions and artistic experimentations. The conference was designed to address images of ideal societies and new forms of civic life, to articulate new values, and to discuss the lessons of the 1968 generation for the 2018 generation. It featured guest speakers such as Academy Award-winning director Volker Schlöndorff and Senator of the Republic of Chile Ignacio Walker.

In this resulting volume, distinguished historians, filmmakers, musicologists, literary scholars, and novelists explore the extent to which the period associated with the year 1968 constituted a cultural revolution. These factors included new thinking about education and work, dramatic changes in the self-presentation of the Roman Catholic Church, government repression in both the Soviet Bloc and Latin America, and universal disillusionment with the United States.

The contributors to Global 1968 demonstrate that the short- and long-term effects of the cultural revolution of 1968 varied from country to country, but the period’s defining legacy was a lasting shift in values, beliefs, lifestyles, and artistic sensibilities. Jeremi Suri, author of The Global Revolutions of 1968, says, “The essays in Global 1968 are fresh, based on an engaging mix of scholarly research and personal autobiography. As a whole, the volume is a pleasure to read, filled with original histories and provocative arguments.”

You can learn more about the conference and watch videos of the guest speakers here.

Global 1968: Cultural Revolutions in Europe and Latin America is available in paperback and digital editions from the University of Notre Dame Press. For more information about the book, contact: Kathryn Pitts, pitts.5@nd.edu, 574.631.3267

This article was originally published at undpressnews.nd.edu. 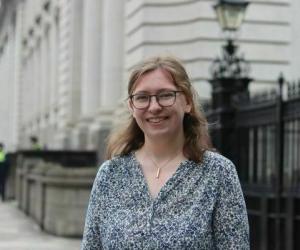 Profile: Kellogg International Scholar Abigail Keaney '24, a student of the interwoven history and politics of Ireland, Britain, and the United States

Kellogg International Scholar Abigail Keaney ’24 had an ideal upbringing for a student with a focus on the interwoven history and politics of Ireland, Britain, and the United States.