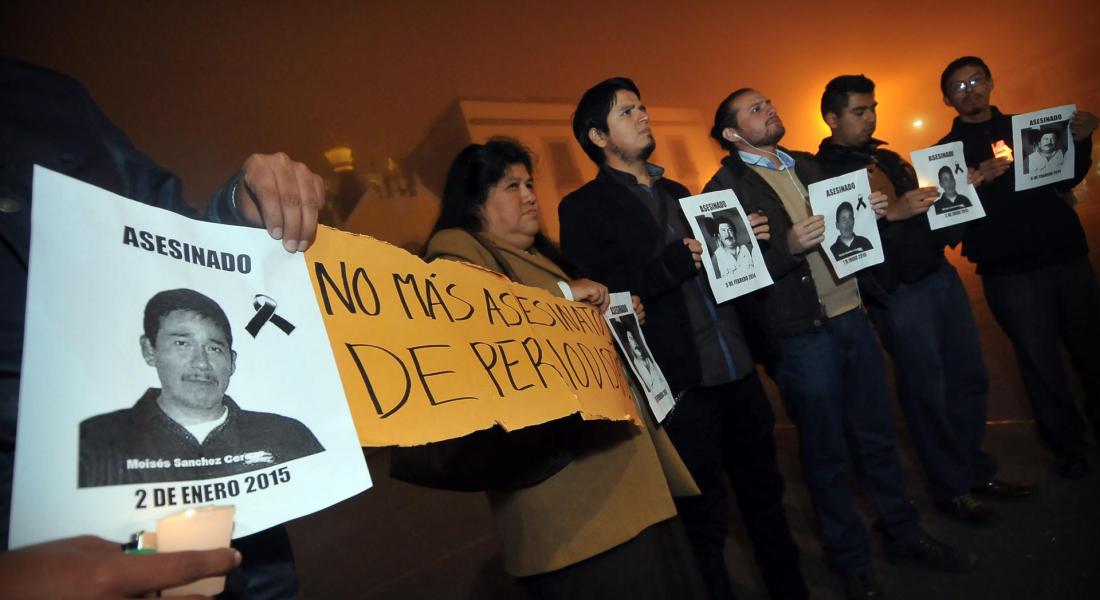 The former bureau chief for Mexico and Central America for the Associated Press, Katherine Corcoran spent spring 2017 in residence at the Kellogg Institute as the Hewlett Fellow for Public Policy. She will return for academic year 2017–18 in the same capacity to continue her research and writing and to help guide the Institute’s pilot Global Leadership Project.

I arrived at Kellogg in January as the Hewlett Fellow for Public Policy with a project designed to answer one question: Why had Mexico become more dangerous for journalists as it had become more democratic?

I hoped to use the Institute’s resources, of course. But I had no idea how lucky I would be to encounter Faculty Fellow Guillermo Trejo and his team of graduate students. Their investigations provided key information that explains what many call Mexico’s “freedom-of-information crisis.”

In the last five years, Mexico has become the most dangerous country in the world for journalists working in non-combat situations. I reported there for nine years with the Associated Press, living and observing the worsening security threat firsthand.

According to conventional wisdom, drug traffickers were responsible for the spike in journalist killings, just like the rise in all killings in Mexico since former President Felipe Calderón launched his assault on the cartels in late 2006.

But my reporting and observations in the field told me something different.

The Mexican government’s own statistics, which I found through the Mechanism to Protect Defenders of Human Rights and Journalists, show that nearly 40 percent of all attacks on journalists since 2012 are carried out by some state actor, be it police, politicians or soldiers. In the state of Veracruz, the epicenter of Mexico’s recent spike in journalist killings, it’s 81 percent of all attacks. (With 18 journalists killed just since 2011, Veracruz as a country would be the ninth-most dangerous in the world.)

The research of Trejo and his team also veered from that conventional wisdom and hit on something else: political criminality.

In the last quarter of the 20th century, democratization caused a huge disruption in the criminal networks that had operated previously under Latin America’s dictatorships and authoritarian governments. As Trejo points out, in countries like Mexico, where there was no judicial reform alongside the transition to democracy, the political class turned criminal, either controlling, colluding with or becoming organized crime to win competitive elections and stay in control.

Trejo calls it the “gray zone,” where elected officials and crime bosses and/or their interests become indistinguishable. Anyone trying to expose these relationships of mutual benefit—journalists, whistleblowers, human rights activists, environmental activists—takes their life into their hands.

Case in point is the most recent journalist killing in Mexico. Javier Valdez, a highly respected, long-time chronicler of life under the narcos, was gunned down near his newspaper, Riodoce, in Sinaloa state on May 15. He openly had said he feared the government more than the drug traffickers.

In an interview I had with him last fall, Valdez called Mexico’s political class “intolerant, repressive and homicidal.”

“The political class … is where it is because the narcos protect it. Narcos finance their campaigns, put them up as candidates and then as governors,” he said.

The bank of Kellogg research explains how and why.

Trejo’s work, coauthored with former Kellogg Visiting Fellow Sandra Ley, connects the rise in drug violence in Mexico with the arrival of multi-party elections in the local provinces. When state governors from the long-ruling, autocratic Institutional Revolutionary Party (PRI) were ousted in local elections, starting in the 1990s, it disrupted the political protection the PRI had given the cartels to operate. The cartels then developed private militias to protect their territory against the new opposition governments or other cartels trying to take advantage of their vulnerability.

The cartels with militias had the lethal power to “renegotiate protection with incoming authorities using bullets—rather than only bribes, as they had done in the past,” Trejo and Ley write in their article, “Why Did Drug Cartels Go to War in Mexico? Subnational Party Alternation, the Breakdown of Criminal Protection, and the Onset of Large-Scale Violence” (forthcoming in Comparative Political Studies).

Alternating political parties, “one of the defining features of representative democracy—can be a trigger of large-scale violence in societies where the spheres of organized crime and government authority intersect,” Trejo and Ley write.  “Given these potential associations, instead of assuming a zero-sum relation between organized crime groups and the state, it is crucial to understand the different forms of engagement between criminal actors and state agents.”

Albarracín looks at a phenomenon in some Brazilian municipalities that has been rampant in Mexico—the theft of public money by democratically elected governors. He calls this organized crime because it’s large scale and involves cooperation and collusion on many levels. Given the criminal activity on the part of the government, it makes sense that institutions, such as the police or judiciary, protect organized crime networks over citizens.

In the state of Veracruz, where my project is based, former Gov. Javier Duarte is accused of stealing tens of millions in public funds for his own use—at the same time journalist killings and attacks were silencing critical and independent reporting in his state.

“We seldom think of the misappropriation of funds as a criminal activity but it is. And the criminal politicians are incredibly organized,” Albarracín told me in an interview for my Kellogg project.

“It’s very clear in the Veracruz case that the Duarte government regulated other forms of crime. They may not be directly involved, say, in drug trafficking, but they regulate these territories. They’re actually doing the governance of crime. It’s governance of crime that is actually quite important.”

Kellogg Visiting Fellow Hernán Flom, now at the Instituto Conjunto de Conducción Estratégica del Ministerio de Seguridad in Argentina, is writing a book on politics and organized crime regulation with a focus on the police, a key factor in this nexus between the state and criminal groups.

His work in Argentina and Brazil describes the same breakdown of state authority as in parts of Mexico, where police act as enforcers for the cartels.

“Police forces emerged from authoritarian regimes with high autonomy,” Flom writes, “both in terms of running their own corruption rackets and in using excessive force and human rights abuses to maintain control.”

So how does all this explain the journalist killings in Mexico?

The research shows that the need to win elections and control territory in a multi-party system has created a new kind of criminal political class without the controls of authoritarianism. In many cases, it has become more dangerous to confront politicians than the criminals themselves. And with the high levels of impunity in countries like Mexico, there is no consequence for silencing your critics.

Mexico is deadly for journalists. But so is Brazil, where Albarracín investigated these political-criminal alliances. It ranks among the top 10 most dangerous countries in the world for journalists in non-combat situations.

“The survival of these criminal-political groups is fascinating—it’s a puzzle in itself,” he told me in our interview. “Why do we still have these? Why are they able to survive for so long? It contradicts everything we would expect from a democracy. But then again, when you look at how these democracies work at these local levels, it’s very hard to call these municipalities democratic.”

A closer look at some of the journalist killings in Mexico bears out the research.

Police are often involved. The killer of journalist Marcos Hernández Bautista in 2016 was a police chief. Anabel Flores was abducted in February 2016 by men in uniform, and Miguel Ángel López Velasco was murdered with his wife and son in 2011 in a commando-style attack mimicking police tactics.

Reporters get killed for exposing links between politicians and narcos. Miroslava Breach was shot eight times in the northern city of Chihuahua March 23 as she was leaving her home with one of her children. Three weeks earlier, Breach had published an article about links between local mayoral candidates and organized crime.

Months later, there are no leads in her case, nor in the killing of Javier Valdez.

The impunity allows this intimidation and silencing to continue. Of at least 40 journalists killed since 2011, only two cases have resulted in convictions. In many, authorities are quick to say the killing resulted from a personal dispute, not the reporter’s work, or that the journalist was involved in organized crime, impugning the victim in the void where a criminal investigation should be.

Unfortunately, this makes sense, given that the state, which is charged with prosecuting the crimes, is also the suspect in a high percentage of attacks. 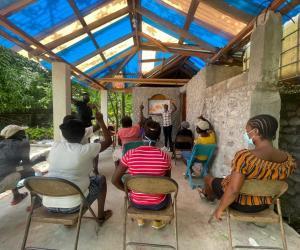 Disaster recovery in Haiti: a case for prudence and patience