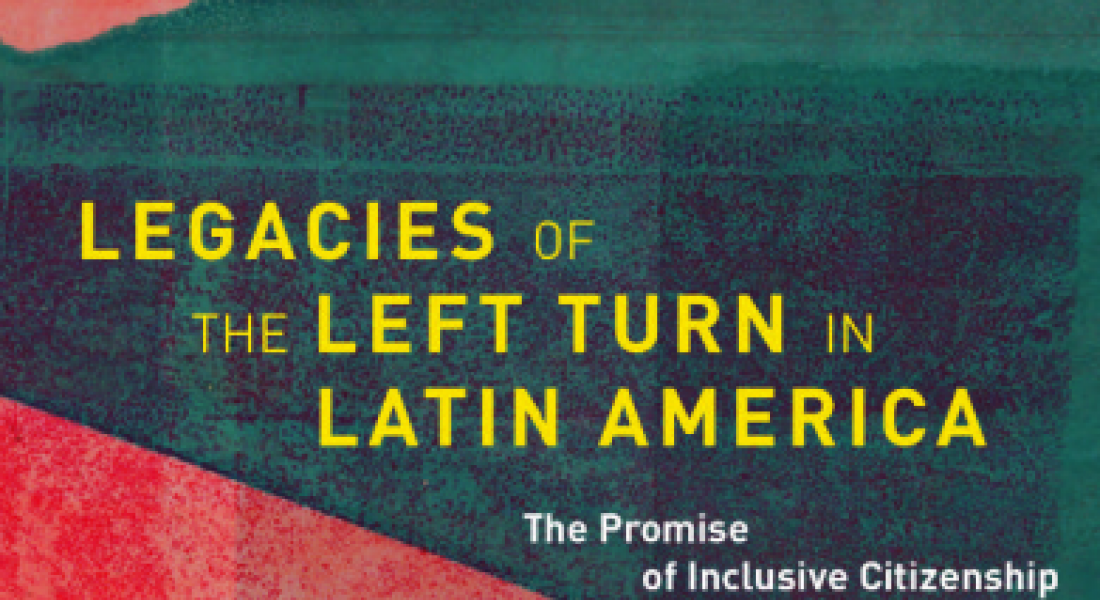 Legacies of the Left Turn in Latin America: The Promise of Inclusive Citizenship, the newest book in the Kellogg Institute Series on Democracy and Development, will be available late this month.

The book features contributions from nearly a half-dozen former visiting fellows. It was edited by Manuel Balán, associate professor of political science at McGill University and a keynote speaker at the October 2019 Interdisciplinary Approaches to Corruption Workshop at Kellogg, and Françoise Montambeault, associate professor of political science at the University of Montreal.

Legacies of the Left Turn in Latin America contains original essays by a diverse group of leading and emerging scholars from North America, Europe, and Latin America that address democracy, the left, and citizenship in Latin America. In particular, they examine the legacy of the promises of social inclusion and the expansion of citizenship rights that were paramount to the center-left discourses upon the factions' arrival to power in the late 1990s and early 2000s.

The authors evaluate both the positive and negative effects of the left turn on state-society relations and inclusion over a decade and a half, finding signs of progress in some areas and the deepening of historical problems in others.

"Given the quality of the contributors to this book, it is no surprise that the level of scholarship is high throughout. This is a highly readable book, and one that promises to be relevant to a broad range of academics in the social sciences," said John Polga-Hecimovich, an assistant professor of comparative politics at the United States Naval Academy.

The Kellogg Institute for International Studies’ book series includes nearly 75 titles that focus on the Institute’s core research themes of democracy and human development. Launched in 1985 with an emphasis on Latin America, the interdisciplinary series now encompasses Europe, Africa, Asia, and other developing regions of the world.

Legacies of the Left Turn in Latin America will be available on Jan. 31, 2020, in hardback and numerous digital editions from the University of Notre Dame Press. For more information, contact Kathryn Pitts at pitts.5@nd.edu or 574-631-3267.