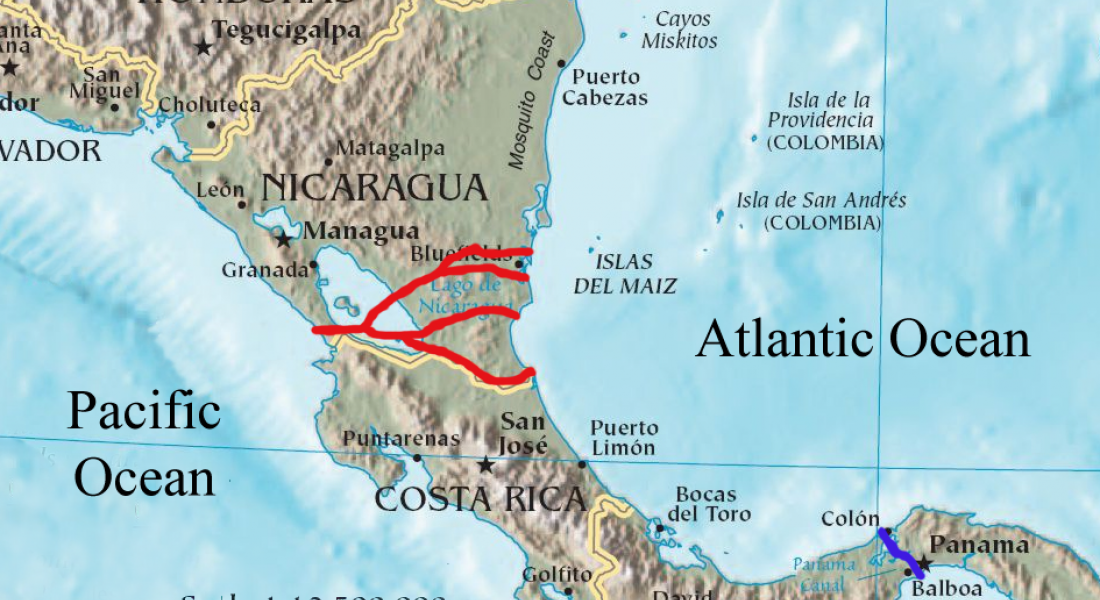 Environmental and legal experts gathered at George Washington University Law School in Washington, DC, on Friday, March 18 to discuss the implications of a new transoceanic canal that Nicaragua proposes to build in an agreement with a Chinese investor.

Co-organized by Kellogg Institute Director Paolo Carozza, who serves as cochair of the Latin America Interest Group of the American Society of International Law (ASIL), the forum “How Would the Unprecedented Nicaraguan Canal Impact International Law?” was cosponsored by the Kellogg Institute and the ASIL with Seattle University Law School and George Washington University.

“Although people in Nicaragua have talked about the possibility of a canal for more than a hundred years, there were no serious efforts to build one until Nicaraguan President Daniel Ortega precipitously pushed an agreement with a Chinese developer through the Nicaraguan Congress several years ago,” explains Carozza.

As the experts discussed, the process has lacked transparency, adequate environmental and social impact studies, and consultation with the various indigenous peoples whose land would be appropriated. The project would adversely affect both Lake Nicaragua and coastal areas and it is not clear that the country would see any economic return on the massive project.

“In addition to the variety of legal issues, I believe the canal issue shows intimately the need for issues of democracy and development to be intertwined,” says Carozza, noting that issues of governance are at the heart of what seems on the surface to be an economic development problem.

“It is not possible to talk about development without talking about democracy,” he continues. “We need to take into account human rights, indigenous rights, and the environment—not just the economic side of development.”