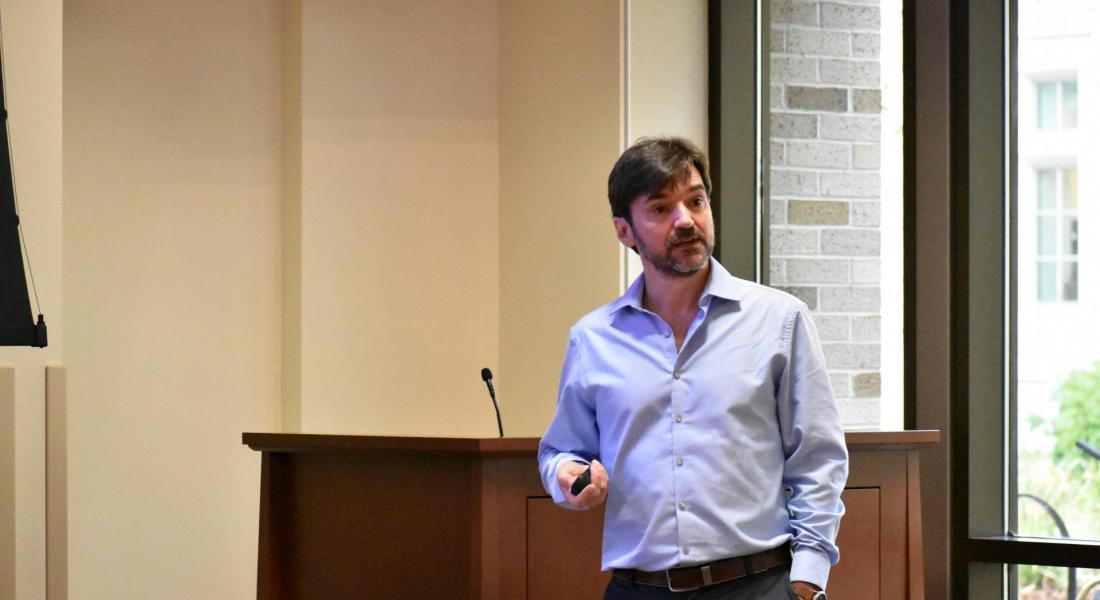 As a PhD fellow at the Kellogg Institute for International Studies, Carlos Gervasoni often turned to faculty fellows and visiting scholars for feedback on his dissertation and other research projects.

Today, he’s an associate professor in Argentina. And on Sept. 3, he returned to South Bend to present his latest project to the Kellogg community for critique: a book that got its start as a graduate student research project, backed by Kellogg, more than a decade ago.

The panel discussion was the first event in the Kellogg Institute Lecture Series for the academic year.

“I spent a good many years here, and it was truly moving to be able to do this,” said

Gervasoni is an associate research professor in the Department of Political Science and International Studies at the Universidad Torcuato Di Tella, where he studies issues related to democracy.

His book, Hybrid Regimes Within Democracies: Fiscal Federalism and Subnational Rentier States, was published in late 2018 by Cambridge University Press and is the first comprehensive study of democracy and authoritarianism in all the subnational units of a federation.

“Anyone teaching methods could use this book as a great example of how to move from concepts to measurement,” she said. “The book is ambitious in the best sense of the word. It asks a complex and important question that requires a complex answer, and a lot of work.”

Gervasoni earned a PhD in political science in 2011 from the University of Notre Dame, where he was a PhD fellow and a dissertation year fellow at the Kellogg Institute.

The other panelists were faculty members while Gervasoni was a PhD student. One was Faculty Fellow Michael Coppedge, a principal investigator with the Varieties of Democracy (V-Dem) project who Gervasoni described as “a very influential dissertation advisor.” Gervasoni is now a regional manager of the V-Dem project; he used V-Dem data in his research for the book.

The second was Scott Mainwaring, Kellogg’s former director who returned to Notre Dame this fall from Harvard University. He is the Eugene P. and Helen Conley Professor of Political Science and holds a concurrent appointment with the Keough School of Global Affairs.

Mainwaring described Hybrid Regimes as “one of the best books ever in the field of Latin American politics,” and said it makes the deepest contribution to date on an important subject: the presence of both democratic and non-democratic governments within a country, and how those affect democracy at the national level.

“This is an intrinsically important issue that affects most of the world’s biggest democracies,” he said, adding that he has used Gervasoni’s book in his classes at Harvard and now at Notre Dame.

Hybrid Regimes focuses on the large subnational variance in the level of democracy across Argentine provinces, but devotes a chapter to hybrid subnational regimes in the US and several other countries. Within the US, Mainwaring noted, there was a huge discrepancy from the 1870s to 1965 in the level of democracy experienced by white Americans and African Americans, especially in the South.

Gervasoni said he appreciated the insights of the panelists, such as Mainwaring’s comments on the prevalence of subnational hybrid and openly authoritarian regimes in democracies around the world. That included, at various periods, Argentina, Russia, India, Indonesia, Turkey, Brazil and Mexico: “Mainwaring’s review of these important cases made the book’s topic look even more relevant than my own words in the book’s introduction.”

Gervasoni also thanked Kellogg for providing intellectual and financial support for the project. He told the graduate students in attendance that they would benefit from the same culture of support that he received while at Notre Dame.

He noted that academic panels help disseminate important research results among scholars and students. Authors benefit from fresh insights from other scholars, and the audience learns from a book without having to invest long hours in reading a lengthy academic work.

In addition, he said, “an important byproduct of these events is the strengthening of academic networks of scholars otherwise divided by seniority, specialization, and location.” 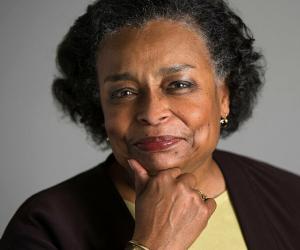