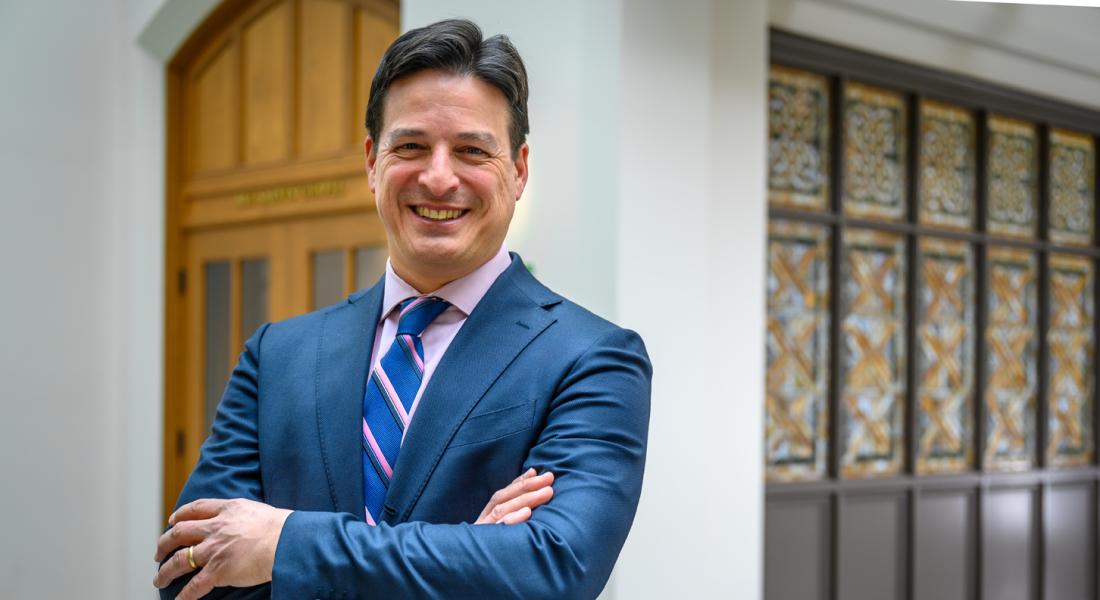 Kellogg Institute Director Paolo G. Carozza, professor of law and concurrent professor of political science, has been added as a member of the Oversight Board for Meta, the parent company of Facebook, among the most valuable firms in the world with the social media and messaging apps Instagram and WhatsApp among its properties.

“The work of the Oversight Board is a fascinating and trailblazing effort to foster responsible corporate self-regulation in the world today,” said Carozza, who has served for a decade as the director of Notre Dame’s Kellogg Institute for International Studies at the Keough School of Global Affairs. “I am grateful to have this opportunity to collaborate with such an exceptional group of colleagues to secure freedom of expression in the challenging and complex context of global online media.”

The Oversight Board addresses a variety of issues related to freedom of expression and human rights. The complexity and real-world implications of these cases is why the board is composed of diverse, global leaders with expertise in a range of areas. Board members bring with them experiences and perspectives that enrich the board’s work and help it improve how Meta treats people and communities around the world.

In making its decisions, the board reviews whether content is consistent with Facebook and Instagram’s policies and values, as well as a commitment to upholding freedom of expression within the framework of international norms of human rights. The board makes decisions based on these principles, and the impact on users and society, without regard to Meta’s economic, political or reputational interests. Meta must implement the board’s decisions, unless implementation could violate the law.

Carozza founded and directs the Notre Dame Constitutionalism and the Rule of Law Lab, and he is currently the U.S. member of the European Commission for Democracy through Law (the Venice Commission). His scholarly books and articles in the areas of comparative constitutional law and human rights law have been published widely in four languages. Formerly he served as president of the Inter-American Commission on Human Rights and as a member of the U.S. State Department’s independent, nonpartisan advisory Commission on Unalienable Rights.