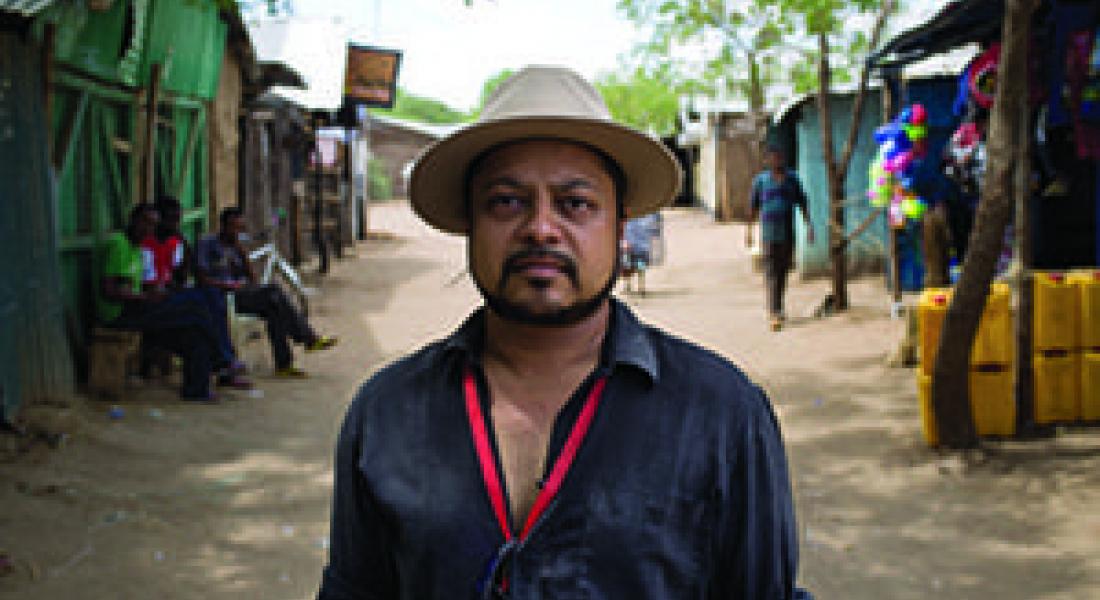 In 2014, Raouf Mazou, the representative in Kenya for the Office of the United Nations High Commissioner for Refugees, invited Faculty Fellow Rahul Oka, an economic anthropologist and the Ford Family Assistant Professor of Anthropology, to speak at a workshop on refugee issues.

It’s a difficult topic to condense into a PowerPoint presentation of three or four slides. “For a topic like this?” he said. “There were a variety of opinions, even within institutions. Sixty million people are refugees as we speak. One person every eight minutes becomes a refugee.”

Since then, Oka has been working with UNHCR and the World Bank on the design for a new refugee camp, helping create a template for refugee resettlement.

“All the data we’ve collected, both qualitative and quantitative, will inform the new camp. My job is not to tell them that they need a paradigm shift. My job is to make sure that any development project in which I am involved is informed by on-the-ground analysis and is based on observed reality of local events and behaviors.”

Long-term studies of how all this unfolds are rare. “Ideas that seem rational and very plausible sitting in my office here at Notre Dame or at an NGO meeting in DC can—and do—start unraveling at the local level, sometimes for the good but usually for the worse. And it is always those we want to help who will bear the burden of our failure.”

Recently, a UN official told him, “When outsiders come to Kakuma, we give them a briefing. When you come, you give us a briefing.”

On his first trip to Africa in 2000, Oka was there to study the archaeology of ancient trade on the east coast of Africa and the west coast of India—where trade has taken place for more than 3,000 years. In 2007, he started to look at trade conducted in conflict zones, from Kitale in Western Kenya to Juba, South Sudan.

As he traveled on merchants’ trucks, he recalls, “we stopped in Kakuma.”

We have a mental image of refugee camps—clawed, hungry hands reaching for food.

What Oka found was a busy, bustling city with more than 500 shops, as well as restaurants, bars and nightclubs, “all supplied by predominantly Somali and Ethiopian traders and merchants.”

“It was the same system of trade, but a much larger system. I began to study what traders do, how they ship from one to another. ‘Making money is in our blood,’ they told me. They buy low and sell high, as traders always have.”

Kakuma is situated in Kenya’s harsh and inhospitable far northwest in Turkana County, formerly Rift Valley Province. The area is largely populated by the indigenous Turkana people, one of the most isolated ethnic groups in Kenya. The Turkana are a semi-nomadic pastoralist tribe depending for subsistence on raising livestock—camels, cattle, sheep, and goats.

“The Turkana were neglected by their own government for 52 years, until oil was discovered,” Oka said. “The Turkana are sure that the government’s concern is superficial, and they will not benefit from the oil. And now in their midst you have 200,000 refugees, from Sudan, the Democratic Republic of Congo, Burundi, Somalia and Uganda, Eritrea, Rwanda—I even met one man from Iraq. All are fleeing war and persecution in neighboring countries.”

Even the most carefully planned humanitarian and development efforts are often stymied by the chaotic realities on the ground in war-torn zones such as Sudan and Somalia.

Oka aims to improve the success rate of these critical relief missions by studying how local trade networks are able to operate in the same areas with remarkable resilience and efficiency.

Food aid, he notes, creates its own cottage industry. Food is brought in from the European Union or the US, and NGOs distribute it. Food aid is then sold on the black market and becomes part of the camp’s multimillion-dollar informal economy.

“How do traders manage to get their items across different militia and warlord territories when nongovernmental organizations can’t—or can only do it expensively and inefficiently through armed truck convoys or by air-dropping food and other relief supplies?” he asks.

Even those working in the NGOs, he notes, know that the traders are far more efficient.

“Even though the longevity of each trader or agent within a network might not be very long, the network itself is stable and resilient. One trader leaves, another comes in his or her place. They know each other through the network. It enables trade to continue in these war zones where they can’t depend upon institutions and contracts.”

Food sold on the black market goes to camp stores and into the community, and refugees have the money needed to purchase other necessities. A list of the commodities traders bring in includes such staples as tea, coffee, sugar, fresh milk, tuna, spaghetti, yogurt, toffee, juices, water, detergent and shampoo, sanitary napkins and cigarettes.

As an anthropologist, Oka is able to talk to the refugees directly. He’s able to tap into the gossip network in the camps, the suffering of the people, the complaints about relief workers.

“Refugees and local officials both work the system. These are people who led productive lives. What they were in their past life is gone. Now they’re living in a camp, year after year. The people in these camps may have lost their home and their jobs, but they haven’t lost their pride or their skills, so a large number become entrepreneurs.”

To explain what refugees need, Oka said, there are two key words in Swahili: heshima, or dignity, and matharau, the opposite of dignity—humiliation and neglect. Matharau is what leads to conflicts and violence.

“During Ramadan people gather at dusk and eat. The breaking of the fast is a highly communal thing. If a stranger comes by, they will say, ‘Come, break your fast with us.’ Or people trade some food for a few pieces of candy for their children. They still celebrate the birth of a baby with sweets. Tea and soft drinks will be acquired and shared at the funeral of an older relative.

“Being able to do that gives a sense of normalcy. It gives them a sense of dignity that otherwise, as a refugee, takes constant hits.”

A new approach to aid and development

One thing Oka was able to bring to the attention of aid organizations was an understanding of the inappropriateness of some of the food donations.

“The African refugees complained that they are given beans, rice, maize, and sorghum. All require time for preparation and cooking. And money, to purchase firewood to cook,” Oka said. “I was able to bring that out in the meeting without demonizing the World Food Program, which operates within logistical constraints.”

In another instance, there were riots last year because two South  Sudanese groups were put in the same compounds—Dinka and Nuer—each fleeing recent slaughter by the other.

But in the larger view, the process of warehousing refugees in camps is on its way out, Oka said.

“The new idea is to create cities where refugees can live and work and build a city of homes. The camps become a city without walls, where people can go in and out. They’re not constantly looking to the future, or weeping for the past. You build a community where children can go to school and parents go to work.”

“Rahul’s research is changing the way we look at aid,” said Raouf Mazou, the UNHCR representative in Kenya. “His work has demonstrated how moving away from a model of humanitarian assistance toward a model of self-reliance can provide the best possible outcome for the refugee community.”

This fall, Oka’s work was featured in a University “What Would You Fight For?” video, Fighting For Displaced People. The video includes a Notre Dame junior who grew up in the Kakuma Refugee Camp. 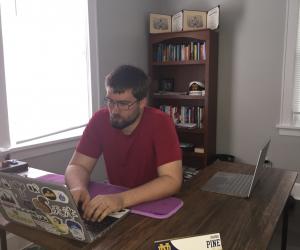