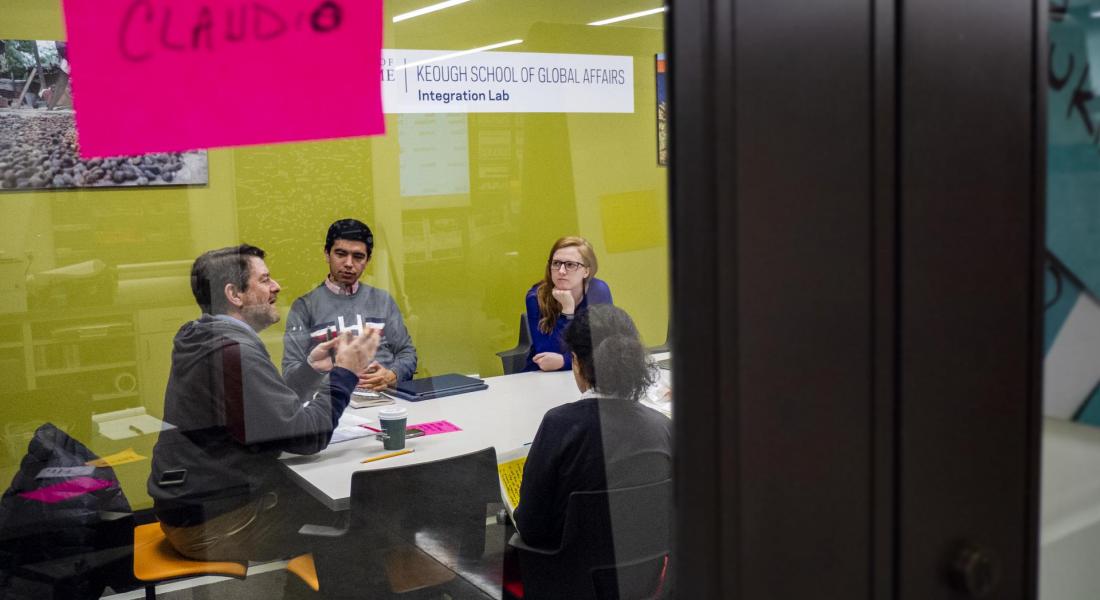 Graduate student Ngoc Thang glanced down at his notes as he tried to explain, in just seven minutes, why the United States would be willing to intervene on behalf of poor fishermen in wooden boats half a world away. It was in America’s interest, he argued, to tell China to stop harassing Vietnamese fishermen in the waters between the Asian nations.

Across the table, a seasoned legal expert listened and then pushed back.

“Why would the US be interested in doing something relatively small that could have large consequences elsewhere?” asked Paolo Carozza, director of the Kellogg Institute for International Studies and a law professor at the University of Notre Dame.

And: “What are you going to do if there are secret diplomatic negotiations going on, and what you’re suggesting would jeopardize the efforts Vietnam is making?”

For Thang, a student in the Master of Global Affairs program at the Keough School of Global Affairs, this was a dress rehearsal for a real, more high-stakes meeting a few weeks away – one in Washington, DC, with an official from the Vietnamese embassy.

During their two years in the program, Thang and his classmates have developed expertise on specific policy issues ranging from the China-Vietnamese dispute over fishing waters to finding more humane alternatives to incarcerating refugees.

Over spring break, they planned to meet with individually or in small groups with diplomats, think tank officials, and others from across the spectrum of policymaking in the capital.

Their aim: to present their research findings, ask questions, or to simply make connections.

To help them prepare, three experts in negotiations and public policy from the Kellogg Institute – Carozza, Claudio Orrego, and Ben Phillips – held coaching sessions with the students on March 1. After listening to condensed versions of the students’ planned speeches, they offered feedback on everything from how they carried themselves to how to structure their presentations.

For many of the students, it was a crash course in persuasive communications.

“It’s an art,” said Orrego, a visiting fellow at the Kellogg Institute and the former mayor of the Santiago metropolitan region in Chile. “It’s like when someone is performing. You have to read the person in front of you.”

Orrego nodded and listened attentively as he took notes on Chista Keramati’s presentation on the connection between crab farming in Bangladesh and the United Nations Sustainable Development Goals – a pitch she planned to make to an economist at the World Bank.

He commended her for being clear and concise, and encouraged her classmates to do the same: “Lay out your conclusion up front. Let them know what you want.”

In a room next door, Phillips, Kellogg’s Hewlett Fellow for Public Policy, assured another student that her scheduled half-hour meeting in DC would give her plenty of time to make her case. Phillips is the co-founder of the Fight Inequality Alliance, an international coalition of organizations battling inequality.

He would later urge the class to be confident – and ambitious.

“Think about, can you get them to do something they weren’t thinking about doing?” Phillips said.

“I realized you should empathize with the people you’re talking to and frame it in a way that they are more open to your suggestions,” he said.

The mentoring sessions were a collaboration between Kellogg and the Keough School, which trains students for careers in global affairs. Kellogg, which focuses on research in democracy and human development, is one of nine institutes at Notre Dame that fall under the umbrella of the Keough School.

Steve Reifenberg is co-director of the Keough School’s Integration Lab, which emphasizes connecting theory with practice, and the senior strategic advisor at Kellogg. He said the DC trip is the culmination of students’ focus this semester on “amplifying impact,” or learning how to translate their work into practice.

“They’ve been trained on how to identify and research policy issues. The next step is, how do you get access to individuals who are key players?” he said. “How do you think about engaging on real world policy issues and having an impact?”

While in DC, the 19 students will also attend networking events and meet as a class with officials from the World Bank and the Brookings Institution, and visit lawmakers on Capitol Hill. 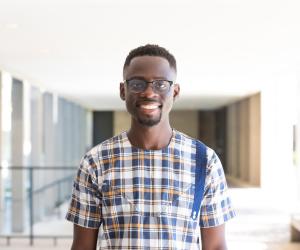