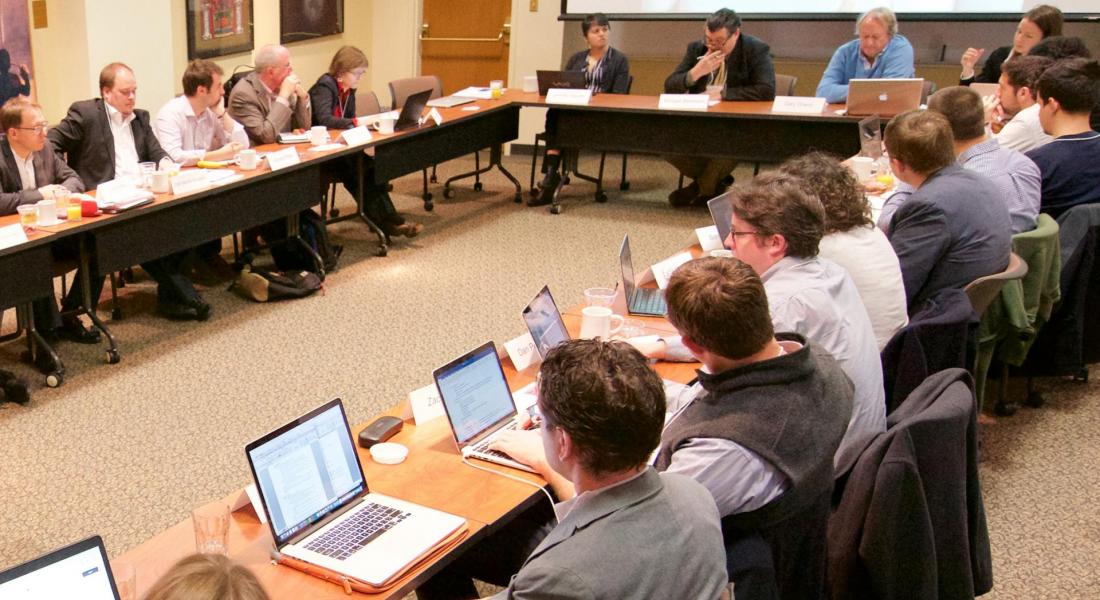 Democracy is under threat around the world. And for the past two years, scholars with the Kellogg Institute’s Democratization Theory research cluster have worked to understand why.

Among the questions they’re asking: Why are some democracies more successful than others? Why have authoritarian regimes come to power in some previously democratic countries? And why do others face the emergence of hybrid regimes, or the presence of both democratic and non-democratic governments within a single country?

The cluster’s purpose, according to co-principal investigator and Faculty Fellow Michael Coppedge is to better understand what democracy is and how it’s changing.

“There’s an opportunity to start from scratch and recognize what’s important,” he said. Researchers are aided by new data from the Varieties of Democracy (V-Dem) project, which examines various markers of freedom in every country in the world.

The interdisciplinary research cluster received three-year funding from Kellogg in 2017 to promote innovative research related to the Institute’s core themes of democracy and human development.

The collaboration among some two dozen researchers is sparking new ideas and new discussions.

“I’m having conversations that I wouldn’t be having without the cluster,” Coppedge said.

Clare O’Hare, a doctoral student affiliate studying political science, has participated in the research cluster since its inception. She said the project creates opportunities for graduate students to collaborate with faculty, both at the University of Notre Dame and beyond.

“As a graduate student, I’ve really benefited from working with faculty from the outset of a project,” she said. “I’m seeing cutting edge research in action.”

Another doctoral student affiliate, Josephine Lechartre, who is studying peace studies and political science, said the cluster allows researchers to dive more deeply into the topic of democratization than they could in more general workshops, in part because Notre Dame is a host to the V-Dem dataset.

“Notre Dame has been a leading institution on the topic and the cluster is an opportunity to engage with leading scholars on democratization,” she said.