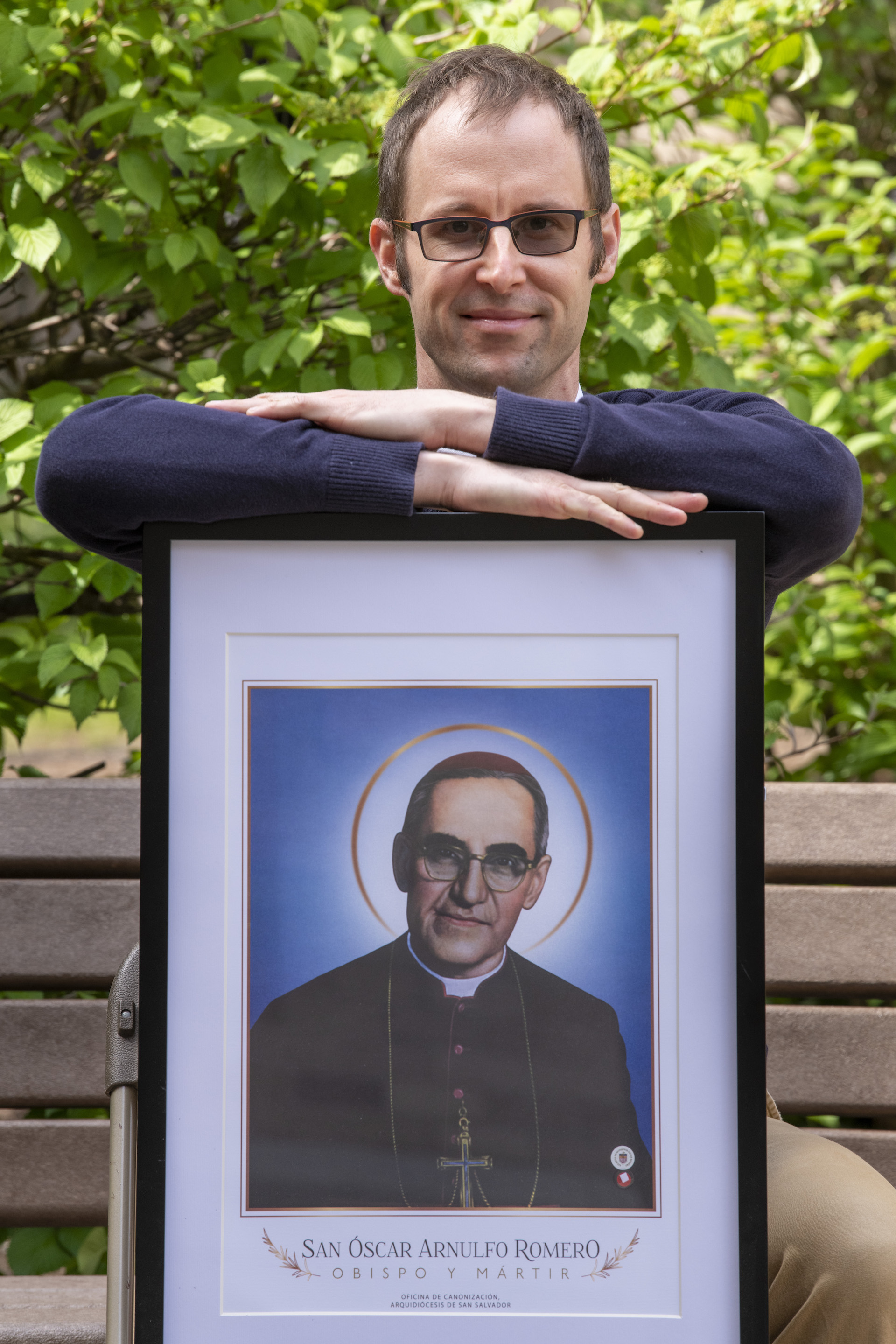 As El Salvador teetered on the cusp of civil war, Archbishop Óscar Romero used his pulpit to speak out against the rampant violence and poverty engulfing the country – a stance that ultimately cost him his life.

More than four decades later, the slain Salvadoran priest’s name is synonymous with Catholic social teaching, a doctrine that emphasizes human dignity and the common good. But a leading group of Romero scholars claims the significance of his ideas to this tenet of the Catholic faith has been overlooked.

“Romero and Catholic Social Teaching,” a book project supported by the Kellogg Institute for International Studies, argues that Romero’s body of work makes a fundamental contribution to the understanding of Catholic social teaching that goes beyond the example he set as a champion for the poor and vulnerable.

“There’s a general recognition within the world of academic theology and beyond that Romero is one of our finest interpreters of Catholic social teaching,” said Faculty Fellow Todd Walatka, an associate teaching professor in theology who heads the project.

“You don’t usually find much deeper analysis beyond that recognition, though.”

While Romero is often treated as an inspiration, Walatka said past scholarship has ignored a deeper question: How does Romero’s way of seeing human dignity deepen the Church’s understanding of Catholic social teaching?

“Romero has often been used as an example of a concept rather than a theological voice to deepen our understanding, and we want to change that,” he explained.

Romero was an outspoken advocate for civil rights and economic and social justice when he was assassinated by a right-wing death squad in 1980. He remains closely associated with Latin American liberation theology and was canonized in 2018, despite resistance from some who saw him as more of a politician than a priest or viewed liberation theology with skepticism.

Sixteen scholars, several of whom are current or former faculty at the University of Notre Dame, are contributing to the book, which Walatka described as “an attempt to critically engage with Romero’s texts, homilies, and his life as an interpretation and application of Catholic social teaching.” Essays will address topics including Romero’s contributions to nonviolence and anti-racism, the Catholic vision for peace, agricultural reform in El Salvador, and the preferential option for the poor.

Among the contributors is Peter Casarella, a former Kellogg faculty fellow and former director of Kellogg’s Latin American/North American Church Concerns (LANACC). He said the upcoming volume will enrich awareness of Romero’s work on Catholic social teaching and help “create a new social justice agenda for the present.”

“Catholic communities in the United States and elsewhere need to reacquaint themselves with his life and witness to help discern their own path to serving the marginalized communities in their very midst,” said Casarella, now a professor of theology at Duke Divinity School. “This book will also help us make sure Romero’s brutal death does not remain in the past and that it is not treated as an isolated misdeed.”

Other Notre Dame faculty contributing to the book are Faculty Fellow David Lantigua, an assistant professor of moral theology and Christian ethics, and Margie Pfeil, an associate teaching professor in the Department of Theology. Most other chapter authors have participated in LANACC’s Romero Days, the largest annual gathering of its kind devoted to studying Romero’s work.

The book was inspired in part by Rev. Robert Pelton, CSC, a Kellogg faculty fellow emeritus and the founder of LANACC who was a leading advocate for Romero’s canonization.

Pelton, who died in 2019, argued that Romero should be considered a “doctor” of the Church – a saint who has made a significant contribution to Catholic doctrine through his work.

"Romero is sort of a doctor of the Church in terms of Catholic social teaching."

“Father Bob said Romero can guide us in how we intellectually understand the faith,” Walatka said. “That struck me, because Romero is sort of a doctor of the Church in terms of Catholic social teaching. He really does deepen our understanding of this absolutely essential part of the Catholic faith.”

The book is unique in both in its focus and how it got its start. LANACC hosted Romero Days each spring since 1987 – until the coronavirus pandemic hit last year, forcing the conference to pivot to a virtual format just weeks before attendees were scheduled to arrive in South Bend.

While the Romero scholars had already planned to write a book based on the conference proceedings, going virtual had the unexpected effect of fast-tracking the project. Rather than wait for an opportunity to meet face-to-face to discuss the book, contributors began meeting via Zoom every three weeks starting in October 2020. Two contributors presented their work at each session, which included time for discussion and feedback, and participants say the book is much closer to completion than initially planned.

The virtual project has been surprisingly successful and could be used a model for similar Kellogg-sponsored books or journal articles.

Kellogg Executive Director Don Stelluto said the Zoom sessions have allowed scholars from across the country to meet more frequently and develop the book more quickly than if they were gathering in person.

“This new model has made the process of producing the book more interactive, drawing on insightful comments and suggestions, since the contributors are meeting much more regularly and as a collaborative team rather than in isolation,” he said. “We’re excited to incorporate lessons learned from this project to our other applicable research projects after COVID.”

Walatka said that while the book contributors have missed having in-person conversations, “these virtual sessions weren’t just a poor version of the conference. We gained a lot, and I think we’re going to end up with a much more coherent volume because we developed it over time and had ongoing conversations about the book chapters.”

He noted that the goal of the project is to make a scholarly contribution to the theological understanding of the Romero’s work and to get as many people as possible to engage with Romero’s witness.

“I really want it to impact how we teach here at Notre Dame and how people around the country can use Romero to inspire their living and how they proclaim the gospel,” he said.