Marc Müller is an assistant professor in hydrology and water resources at the University of Notre Dame’s Department of Civil and Environmental Engineering and Earth Science. He takes a multidisciplinary approach to studying the interactions between humans and water, particularly in rapidly-changing regions where little data is available. His work focuses on new approaches to collecting, analyzing, and disseminating water information, and his research interests include water-related conflicts, surface hydrology, remote sensing, rural electrification, information/data science, applied statistics, and geostatistics.

Müller has worked in countries including Nepal, Bangladesh, Tanzania, Cambodia, Jordan, and Syria. His research has been published in a number of academic journals, and he is a member of the American Geophysical Union, the European Geophysical Union, the International Association of Hydrological Sciences, and the American Association for the Advancement of Science. He previously worked as a civil engineer in his native Switzerland.

Müller earned two Bscs and an Msc from the École Polytechnique Fédérale de Lausanne and a PhD from the University of California at Berkeley, where he was a Fulbright Science and Technology Fellow. 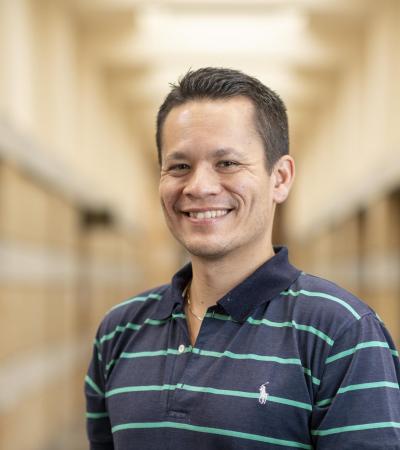 On Water Resources, Cooperation, and Conflicts