Elizabeth Sperber is an assistant professor of political science at the University of Denver who studies religion and democratization with a focus on sub-Saharan Africa. Her primary research interests include new Christian movements in African politics, the political economy of development, and mixed methods research design.

As a visiting fellow, she will draw on original experimental data from Zambia, a majority Christian state experiencing democratic erosion, to address how religious beliefs influence political engagement. That project will build on a separate data collection project, led by Sperber and funded by the University of Notre Dame’s Global Religion Research Initiative and the University of Denver, that examines how religious and civic engagement affect one another in the context of democratic backsliding.

Sperber has been published in the Journal of Politics and Religion, the International Journal of Social Welfare, the American Journal of Public Health, and the Journal of Race and Policy, and she contributed to a 2018 volume on Christian charismatic movements in Africa. She is completing a book manuscript that, using qualitative and quantitative data from Zambia, addresses why Pentecostal Christianity has emerged in recent decades as a highly politicized identity in some sub-Saharan states, but not others.

Sperber earned a BA at Brown University and an MA and a PhD at Columbia University, where she was a Mellon Graduate Fellow at the Interdisciplinary Center for Innovative Theory and Empirics. She was a postdoctoral fellow at the McSilver Institute of Poverty Policy and Research and the Department of Politics at New York University. 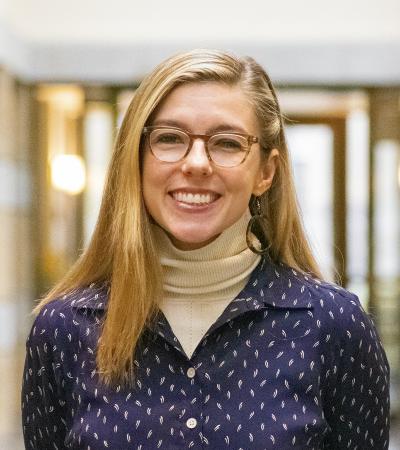 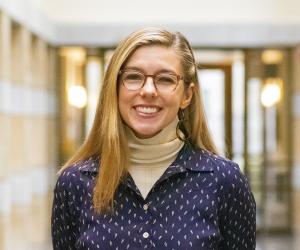 Former Visiting Fellow Elizabeth Sperber presented her work that she conducted during her time as a Kellogg Fellow. 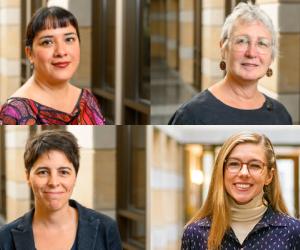 The Kellogg Institute is welcoming its newest visiting fellow this month.