Ana Sánchez Ramírez is a PhD student in the Peace Studies and History program. She holds an M.A. in Ethnic Studies and a graduate certificate in Women Studies and Gender Research from Colorado State University, as well as a B.A degree in anthropology from the National University of Colombia.

Ana’s research interests are located in the contexts of violence that developed in Colombia from the 1960s onwards. She has conducted ethnographic research with victim’s movements and their strategies around historical memory. For her master’s thesis, she explored Colombian state narratives on war and peace disseminated in mass media. Ana’s doctoral research focuses on the intellectual history of the question of violence in Colombia and how generations of scholars influenced the national government's peacebuilding agendas. Ana was a 2017-2018 Darby Fellow. She has been awarded two Kellogg Graduate Research Grant for the summers of 2018 and 2019.

I'm interested in the intellectual and political history of the study of violence in Colombia with a specific focus on the 1980s period. 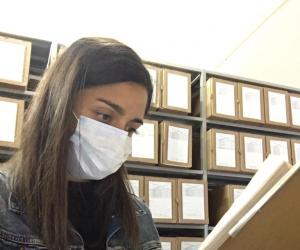 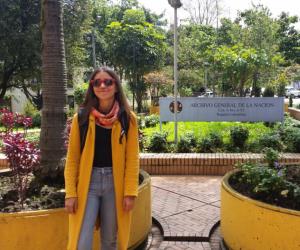 "Colombia: Violence and Democracy": The Violentologists and the 1991 Constitution