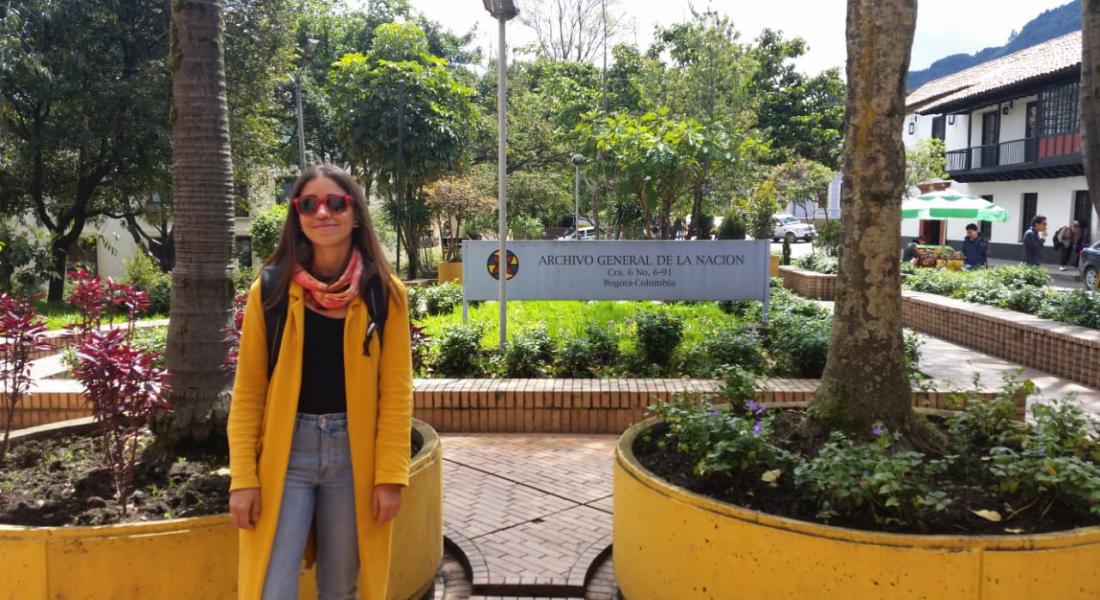 In the summer of 2018, Doctoral Student Affiliate Ana Sanchez Ramirez (history and peace studies) traveled to Colombia on a Kellogg Institute Graduate Research Grant to conduct research for her project, "Colombia: Violence and Democracy": The Violentologists and the 1991 Constitution. Upon her return, she sent the following summary of her work.

Thanks to the funding provided by the Kellogg Institute Graduate Research Grant and the Kroc Institute Summer Research Award I developed archival research in Bogotá, Colombia for a length of eleven weeks from May 24th to August 16th, 2018.  The main objective of the research trip was gathering primary sources for my dissertation on the history of Peace Studies in Colombia. My work examines how government officials and scholars put together state policies that sought to lessen violence in the country during the late 1980s. This past summer I focused on the connections between scholars and government officials formulating the 1987 academic report Colombia: Violence and Democracy, and the National Constitutional Assembly that proclaimed a new Colombian Constitution in 1991. The report was written by the Commission on the Study of Violence under President Virgilio Barco’s request, only four years before the democratic breakthrough of the Constitutional Assembly.

I visited five different archives looking for sources on the work of the Commission and the developments that led to the 1991 Constitutional Assembly. At the CINEP press archive and the National Library, I located almost four hundred newspaper articles about peace research in Colombia and Virgilio Barco’s presidential period. At the Newspaper Archive of the National University, I collected academic articles published by the commission’s members in peer-reviewed journals. I also reviewed the Virgilio Barco’s presidential archive from the period 1986-1990 guarded at the National General Archive and found official documents relating the collaboration between the government’s Peace Council and scholars from different universities in Colombia. I identified the sources detailing the work of the National Constitutional Assembly in an online archive that I accessed through the Luis Angel Arango Library. Towards the end of my trip, I met with historian Carlos Miguel Ortiz, one of the Commission members, who generously talked to me about his experience crafting the report in the country’s political climate of the time. He was also able to lead me to new sources I expect to gather in future research travels to Colombia such as interviews and academic memorandums that served as the basis for the report.

The primary sources I gathered during the summer research constitute an important starting point for my dissertation project. My preliminary reading of these documents suggests that in the late eighties in Colombia Virgilio Barco’s government faced great political pressure to properly address the escalating violence in the country. This pressure came from the opposition represented by the Conservative party but also from the civil society organized in various associations, collectives, and unions. The report Colombia: Violence and Democracy influenced the national public debates and popularized the notion of “culture of violence” as an objective cause of the protracted bloodshed. As drug-related violence taking place in the main cities overshadowed the historical confrontations in the Colombian hinterlands between the leftist guerrillas and the state, the country’s intellectuals played a significant role in calling for a change of paradigm in the narratives of war and peace.

During my stay, I was also able to participate in the first Summer Program Teaching Peace, Social Innovation, and Business Ethicsorganized by the Kroc Institute of International Peace Studies, CESA University, and the US embassy in Colombia from June 18-22. At the event, I was invited to be part of the panel “Making a Compelling Case for Peace Studies,” and had the opportunity to connect with peace scholars and practitioners working in Colombia around themes aligned with my research. I am indebted to the Kroc and Kellogg institutes for their generous support of my work and providing this opportunity to begin developing my dissertation research at an early stage of my graduate studies. 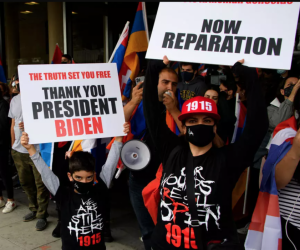 Verdeja on Historical Recognition of Genocides

Faculty Fellow Ernesto Verdeja (political science and peace studies) was quoted in a France 24 article titled, “US Sees Genocides Against Uyghurs and Armenians but Consistency Elusive.”