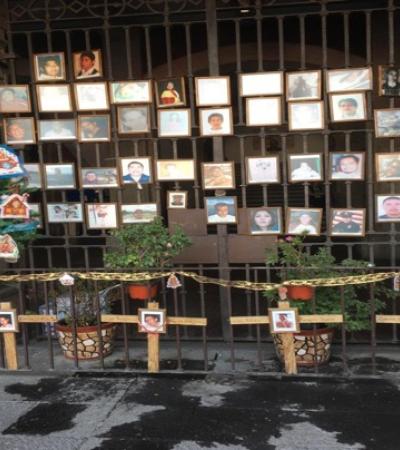 Over the past fifteen years Mexico has consistently ranked as one of the world’s most dangerous countries for journalists. This is theoretically puzzling because journalists are more commonly murdered in competitive autocracies or in civil wars and since 2000 Mexico has been internationally regarded as a democracy not experiencing an armed internal conflict. While Mexico has not experienced a civil war in more than half a century, we suggest that violence against journalists is intimately tied to the country’s ongoing criminal wars – the multiple armed conflicts that broke out after the federal government declared a War on Drugs against the country’s leading cartels in 2006. Using difference-in-differences models (1995–2015), we show a large increase in the likelihood of lethal attacks against journalists in states where the government launched military campaigns to fight the cartels and in those where the use of the cartel decapitation strategy led to intra-cartel fragmentation and to the intensification of inter-cartel wars. Using random effects models we also show greater incidence of attacks in subnational regions where cartels seized de facto control over municipal governments to remain competitive in turf wars. A systematic analysis of 165 victims shows that the majority of journalists killed are town and city-level reporters simultaneously working for local print and digital media outlets through which they reveal fine-grained and compromising information about 1) state-cartel and inter-cartel wars, 2) gross human rights violations committed in these conflicts, and 3) the development of criminal governance regimes. Through case studies of local journalists brutally murdered while reporting about war, civilian victimization, and power reconfiguration in their home states we offer plausible evidence of the coordinated action of subnational government officials and cartels in silencing the press and controlling information flows through selective lethal violence.

Guillermo Trejo is professor of political science at the University of Notre Dame, faculty fellow at the Kellogg Institute for International Studies, and Director and Principal Investigator at the Notre Dame Violence and Transitional Justice Lab (V-TJLab). Trejo’s research focuses on political and criminal violence, social movements, human rights and transitional justice in Latin America... Natán Skigin is a PhD student in the Department of Political Science at the University of Notre Dame and a PhD Fellow at the Kellogg Institute for International Studies. He is currently a research affiliate of Kellogg's Notre Dame Violence and Transitional Justice Lab (V-TJLab). Skigin's main areas of research focus on conflict and violence, political regimes, and local governance, with a regional focus on Latin America...