Thea Riofrancos (PhD, University of Pennsylvania) is a political scientist whose research focuses on conflict over resource extraction in Latin America. A 2014-15 Kellogg visiting fellow, she is particularly interested in the democratic and developmental politics of oil and mineral dependency. Her work engages comparative and environmental politics and institutional theory.

At Kellogg, Riofrancos is working on the book project, "Contesting Extraction: State-making, Democracy, and Large Scale Mining in Ecuador," which explores the role of political discourse in shaping institutional and policy outcomes in the context of a nascent extractive sector. The study is based on 14 months of ethnographic fieldwork in three primary field sites in urban and rural Ecuador.

Her fieldwork included archival research at the National Assembly in Quito, over 100 interviews with social movement, state, and corporate actors, and extensive participant observation of events such as activist meetings in indigenous communities and mining industry conventions. She plans to build on the insights from this project by expanding her research to the contention around oil exploration in Ecuador, as well as to conflicts over extractive and infrastructural projects in Peru and Bolivia.

Previously, Riofrancos was a graduate fellow in the Program on Democracy, Citizenship, and Constitutionalism at the University of Pennsylvania and held a one-year appointment as a visiting scholar at the Facultad de Ciencias Sociales (FLACSO) in Quito. 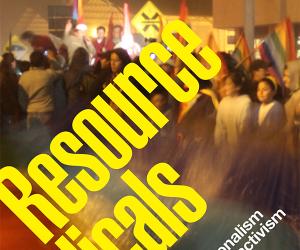 Riofrancos Wins Honorable Mention for Book on Politics in Ecuador 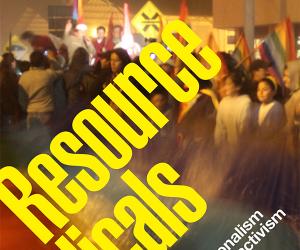 Former Visiting Fellow Thea Riofrancos is the author of a new book that examines how the leftist Ecuadorian government that came to power in 2007 battled a coalition of grassroots activists over the extraction of natural resources. 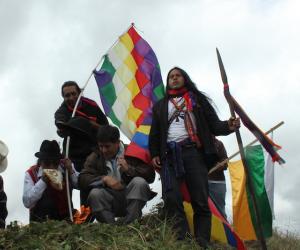 Riofrancos Featured by Center for Humans and Nature