Chris Newton, a political science major and International Development Studies (IDS) minor, has immersed himself in international affairs and development at Notre Dame, conducting research and fieldwork in Africa, Asia, the Middle East, and Russia. He hopes to establish a career in monitoring and evaluation and evidence-based interventions, especially in conflict and post-conflict countries.

In Rwanda, Chris investigated the country’s regional foreign policy including its relationship with the Democratic Republic of the Congo on an Experiencing the World Fellowship, resulting in his IDS capstone essay. In Nepal, with a Kellogg/Kroc Undergraduate Research Grant, he conducted research on the fragmentation of a former Maoist rebel group for his political science honors thesis, which won the Stephen Kertesz Prize for the best senior thesis in the field of international relations.

Chris cochaired the 2015 Human Development Conference hosted by the Institute’s Ford Program in Human Development Studies and Solidarity. He helped to found the campus chapter of Global Zero, winning a Nanovic Research Grant for a joint student project to study variation in think tank views on nuclear weapons.

During a semester abroad in Jerusalem, Israel-Palestine, he interned with Catholic Relief Services. He also held research assistantships each year with various members of the political science faculty and served as an associate editor for Cornell’s The Diplomacist.

As an International Development Fellow, Chris is working with with AVSI in Juba, South Sudan, where he is supporting project implementation in the areas of monitoring and evaluation, proposal design, and building relationships with the donor and NGO community.

The Association of Volunteers in International Service (AVSI) is an international not-for-profit, non-governmental organization founded in Italy in 1972. AVSI’s mission is to support human development in developing countries with special attention to education and the promotion of the dignity of every human person, according to Catholic social teaching. At present, AVSI is operating in 38 countries of Africa, Latin America, Eastern Europe, the Middle East, and Asia with over 130 long-term projects and relief operations directly benefiting around 4,000,000 people in various sectors. Highly qualified AVSI personnel are directly involved in long-term field assignments together with hundreds of locally hired people and supported by dozens of academics and senior practitioners. 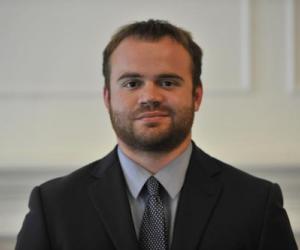 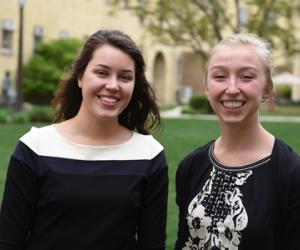