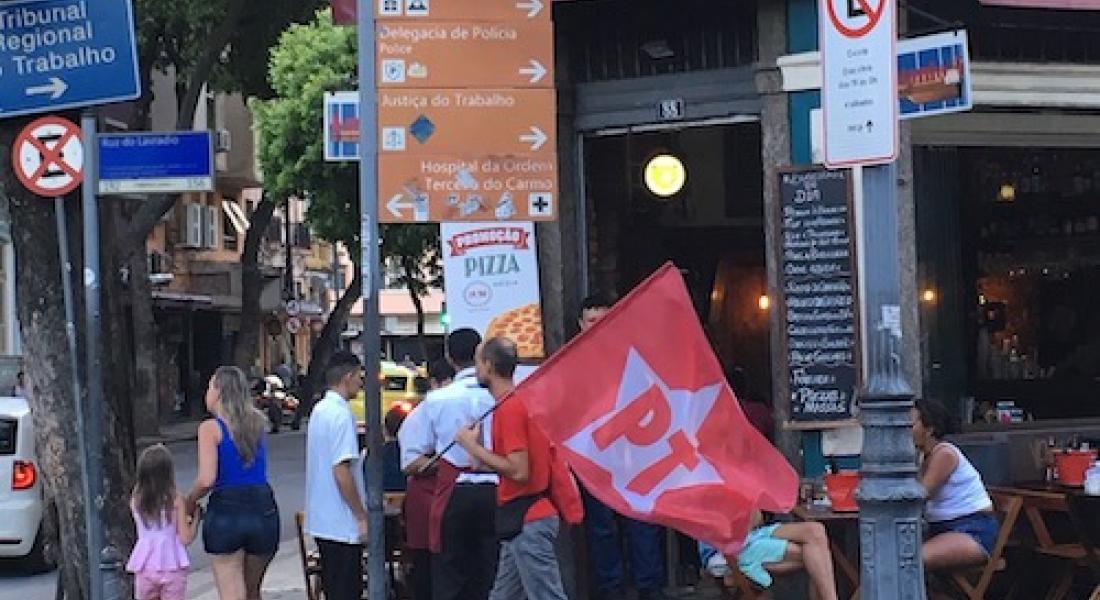 From December 2018 to January 2019, Doctoral Student Affiliate Luis Schenoni (political science) traveled to Argentina, Brazil, and Chile on a Kellogg Institute Graduate Research Grant to conduct research for his project, “War and Development in Nineteenth-Century Latin America.” Upon his return, he sent the following summary of his work.

During December 2018 and January 2019, a Kellogg Graduate Research Grant allowed me to do fieldwork for my dissertation on the effects of international warfare in the formation of Latin American states during the nineteenth century. My visit to Santiago, Buenos Aires, and Rio de Janeiro, was an integral part of a larger project for which I had done a first round of fieldwork in Bogotá, Buenos Aires, and Brasilia (July to August 2017), as well as archival work in the U.S. National Archives (October 2018). It will be complemented in the future by archival work in the British National Archives (May 2019) and a last round of fieldwork in Costa Rica, Mexico, and Peru (2020).

Arguing against a conventional wisdom that sees warfare as a rarity with little explanatory power in the Americas, my dissertation proposes that wars in nineteenth-century Latin America produced the current ranking of state capacity in the region – with states like Chile, Costa Rica, and Uruguay at the top, and others like Bolivia, Paraguay, and Peru at the bottom. States that fought and won intense wars during the nineteenth century were able to consolidate their coercive apparatus, acquire domestic and international legitimacy, and even capture resources that allowed them to develop. Conversely, losing states were dismantled or never developed. With the virtual absence of international war in the twentieth century, the rank of state capacity virtually froze. My research, therefore, concentrates on how erstwhile peripheries like Argentina and Chile managed to climb the ladder of state capacity while colonial centers like Peru declined, paying special attention to the effects of war in this process.

In Santiago, I had a chance to talk to several historians and political scientists at Universidad Católica de Chile (the institution that kindly hosted me), Universidad de Chile, and Universidad Diego Portales, among other universities. Conversations were mostly oriented to get a sense of how the War of the Confederation (1836-1839) and the War of the Pacific (1879-1883) are interpreted as foundational moments in the creation of a national state. Because of its political stability during the nineteenth century, archives in Chile (both in the National Archives and National Library) are also very rich and contain interesting information relating to the national budget, size of the bureaucracy, and taxation.

In Buenos Aires, this information was far more scattered due to the tumultuous history of Argentina. During the 1850s Argentina was actually split into two different countries (Buenos Aires, and the Confederation), making the reconstruction of state capacity during that period a daunting task. However, information for the years of the Paraguayan War (1864-1870) was abundant, and both primary and secondary sources on what we Argentines call the period of “nation-building” or the “founding presidencies” were also rich. Argentina rapidly developed from the 1870s onwards, and this is reflected in the quality of archival records as well.

Finally, the National Library in Rio de Janeiro was also a rich source of documentation regarding state capacity in Imperial Brazil. The years of the empire in Brazil – after the revolutions in the 1830s and 1840s – were also relatively stable, which reflects now in relatively complete and comparable records. Brazil also participated intensely in the Paraguayan War and thus has very rich statistics about that conflict and even collections of artifacts, paintings, and shipwrecks from the war at display in the National Historic Museum.

Overall, this round of fieldwork allowed me to collect hundreds of documents that depict a fairly solid picture of the evolution of the state in Argentina, Brazil, and Chile, throughout the nineteenth century. Focusing on the years surrounding big wars, I found this evidence is broadly in line with the central tenet of my dissertation: that “victory made the state” in Latin America.

The spirit of this project is very much in line with the idea of Guillermo O’Donnell that we should look at Latin America not to explain the particularities of this region but in search of those keys that the region can offer to general theories. In this case, the history of Latin America suggests a modification to the European-based theory according to which “war made the state.” A close look to these cases suggests that when losing states survive – something that rarely happened in Europe, but always did in Latin America – war actually causes their states to collapse.