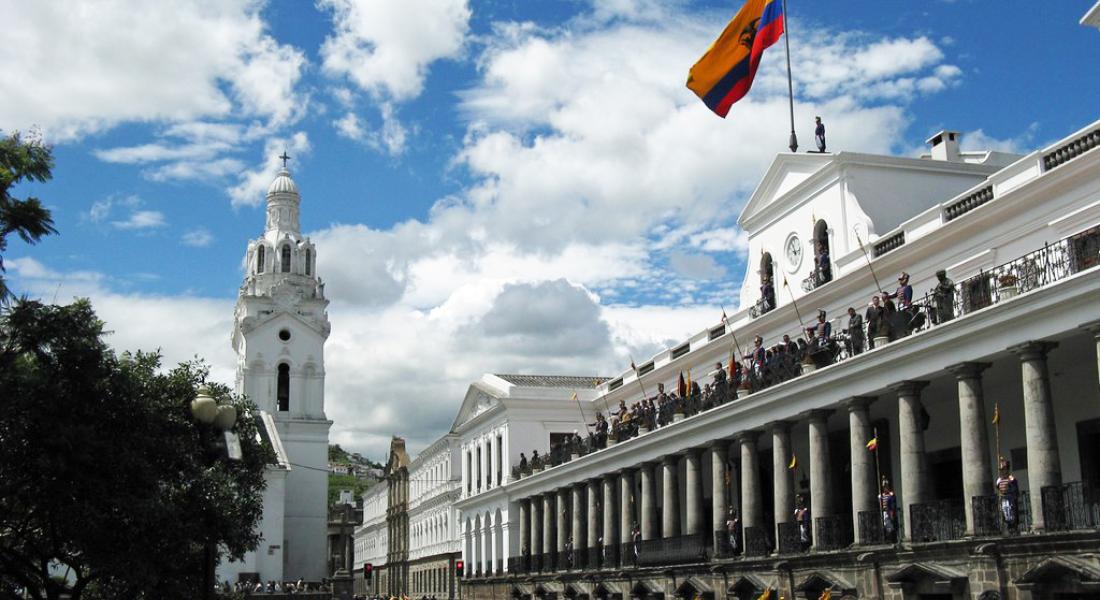 Democracy is a necessary condition for integral human development (IHD). In seeking the development of every person and the whole person, we must keep in mind that people are not in a position to realize their freedom, and thus to fulfill their true potential as persons, if they are deprived of agency in determining their political and social future. Even when their material needs are covered, people need more than bread in order to realize their inherent dignity and thus to flourish.

Democracy is a radical exercise of human agency in that people are empowered institutionally to choose the laws that regulate their communities. Democracy secures civil and political rights that guarantee human agency in multiple situations. The fact that democracies are currently under threat worldwide should therefore be of great concern to those seeking to advance integral human development.

Can democratic actors confront these threats without adopting an authoritarian playbook themselves? In this post, we underscore three principles supported by emerging research: democrats should not “fight fire with fire”; they should use institutional spaces to prevent the emergence of autocracy; and, they should preserve unity in order to defeat autocrats in elections. We illustrate these principles with examples from Ecuador, a country that successfully has reversed the process of democratic erosion.

The dismantling of democracy demands global responses.
Political scientists debate whether we are witnessing a worldwide increase in processes of democratic erosion, the gradual dismantling of democracy from within by authoritarian leaders. This is a new phenomenon, different from the dramatic coups that established dictatorships in the course of a day during the Cold-War era. It is also a phenomenon that is not exclusive to the developing world, and can take place in industrialized and established democracies, such as the United States.

Threatening or replacing judicial and electoral authorities, creating restrictive media laws that force the closure of critical outlets, utilizing social media to increase societal polarization—these and other authoritarian techniques comprise a package that has been termed the “autocrats’ playbook.” Empirical studies confirm that authoritarian leaders share this playbook with one another, making democratic erosion a problem across regions, from the Americas to Europe and Asia.

Given the novelty of this phenomenon, however, no equivalent “playbook” for democratic defense has yet been assembled. Political scientists are making efforts to understand what strategies make democracies resilient to erosion, but these findings remain fragmented and have yet to be turned into a set of actionable recommendations. We present a synthesis of three lessons provided by this emerging literature, exemplified by the case of Ecuador, a small Andean nation that managed to reverse democratic erosion in 2017.

Do not fight fire with fire.
The natural response to an authoritarian threat is often to fight fire with fire. If elected leaders threaten to undermine democracy, actors in the opposition inevitably perceive them as an existential threat. Once the opposition construes the “other” as an enemy, it is easy to justify the use of all means necessary to save democracy—including the unconstitutional removal of elected leaders. The emerging literature shows that this is a profound mistake. The logic of “fire against fire” transforms opposition actors into undemocratic arsonists, luring them into the adoption of autocratic tactics such as coups. Such tactics undermine their credibility and often result in substantial backlash from the incumbent leader, accelerating erosion.

In Venezuela, opposition actors attempted to illegally remove Hugo Chávez from power in 2002. Business associations called for a general strike with the explicit demand of overthrowing the Chavista regime, while media outlets openly replicated these demands. When Chávez returned to power after an unsuccessful military coup, he never again sought reconciliation, pursuing instead illiberal policies such as laws resulting in media censorship. This incident strengthened Chávez in the eyes of the public, allowing him to paint the opposition as an enemy of democracy, and to justify his continued concentration of power.

In Ecuador by contrast, opposition leaders were careful with public statements challenging Rafael Correa, president between 2007 and 2017. During protests against a constitutional reform intended to eliminate term limits, demonstrators began chanting “Out Correa, out!”. To this, Jaime Nebot, leader of the center-right Social Christian Party, responded that such an outcome would only be determined through the ballot box, and that the protest was mobilizing against Correa’s policies, not his legitimate claim to power. Thanks to this frame, Correa would eventually be painted as the authoritarian, not the opposition, contributing to the eventual loss of electoral ground that Correísmo experienced.

Exert firm moderation to delay autocratization.
If radical action accelerates erosion, what options are left for the opposition to exert resistance? Democratic institutions offer a plethora of viable strategies: denouncing the administration via national and international courts, investigating allegations of malfeasance through parliamentary commissions, delaying the passage of laws through procedural mechanisms—the options are varied. Of course, it would be naive to argue that these tactics alone can stop a would-be authoritarian. Illiberal leaders co-op the judiciary and secure legislative majorities by modifying electoral rules to their advantage, slowly tightening their grip on power.

While the concentration of power cannot be stopped by these tactics, it can be delayed, thereby providing opposition parties and civil society with an essential lifeline until the next election. The case of FUNDAMEDIOS, an Ecuadorian nongovernmental organization dedicated to the defense of freedom of speech, offers a good illustration. In 2009, when the Correa administration sought to create an agency with ample powers to regulate media outlets, FUNDAMEDIOS reached out to the Special Rapporteur for Freedom of Expression of the Inter-American Commission on Human Rights. The rapporteur was asked to comment on the compatibility of Correa’s proposal with Interamerican treaties, which Ecuador is obliged to uphold.

The resulting debate about the legality of the law extended the parliamentary treatment of the proposal, strengthened skepticism among opposition parties, and pushed the government to obtain legitimacy for the law through a referendum in 2011. Ultimately, legal resistance helped delay the approval of the law until 2013. While several media outlets did close their doors once the law was enforced, opposition outlets survived until the 2017 election in sufficient numbers to provide alternative sources of information to voters. Most importantly, by avoiding illegal action, FUNDAMEDIOS remained a credible voice in defense of independent media after Correa left power in 2017.

Remain united in the face of division.
Power rests in the convergence of forces. Whether in the form of opposition parties presenting a single presidential candidate, or social movements coming together to protest, peaceful collective action increases the chances of defeating illiberal leaders and their initiatives.

Would-be authoritarians are aware of this fact, and strive to “divide and conquer” the opposition. For instance, the Correa administration created state-sponsored social movements that competed with existing ones. These included alternative indigenous collectives seeking to weaken CONAIE, Ecuador’s Confederation of Indigenous Nationalities, one of the most powerful societal actors in the country’s history.

The Ecuadorian party system and civil society were undeniably weakened by division and persecution during the Correa era. However, important actors overcame traditional ideological divisions to resist democratic erosion. During the 2017 presidential election, right- and left-leaning actors joined ranks in supporting Guillermo Lasso’s conservative candidacy to confront Correa’s proxy candidate, Lenin Moreno, in the runoff. Even the Pachakutik indigenous party issued a carefully worded statement tacitly backing the conservative candidate. As explained by Carlos Pérez Guartambel, then president of one of CONAIE’s constituent confederations: “It is preferable to have a banker [Lasso] than a dictatorship which has taken away our lands, has used emergency powers against us, and has thrown us in jail.”

Moreno ultimately won the 2017 election by a thin margin, but the remarkable strength of a united front contributed to his decision to break with Correísmo by reversing some of his most erosive practices. This helped legitimize his presidency, albeit briefly, in the face of a recovered opposition.

Global agency as democratic hope
While democratic erosion is a cause for concern worldwide, the Ecuadorian case makes clear that democratic forces must remain united and avoid two opposite mistakes. On the one hand, opposition leaders are often tempted to remove would-be authoritarians from power illegally. They believe that “playing by the rules” will passively allow illiberal rulers to concentrate power. The evidence shows that true democrats must steer clear of this approach. Armed with the right tools, purposeful agents can avoid fighting fire with fire.

On the other hand, democratic forces must not give in to hopelessness and inaction. The experience of countries that defied democratic backsliding, including Benin, Ecuador, Colombia, and South Korea, indicates that coordination among democratic institutions, political parties, and social movements is crucial to protect democracy. Political scientists are producing novel empirical research on the strategies that make such success possible.

The recent Summit for Democracy exposed the urgency of this research agenda, and underscored the need to create new spaces where democratic forces can exchange critical lessons. The Keough School aspires to become a hub for this global, and innovative, democratic debate.

Eduardo Pagés is a master of global affairs student in the Keough School of Global Affairs at the University of Notre Dame. 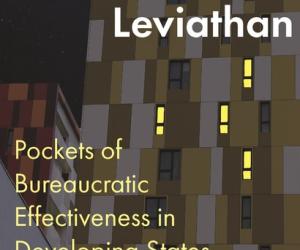