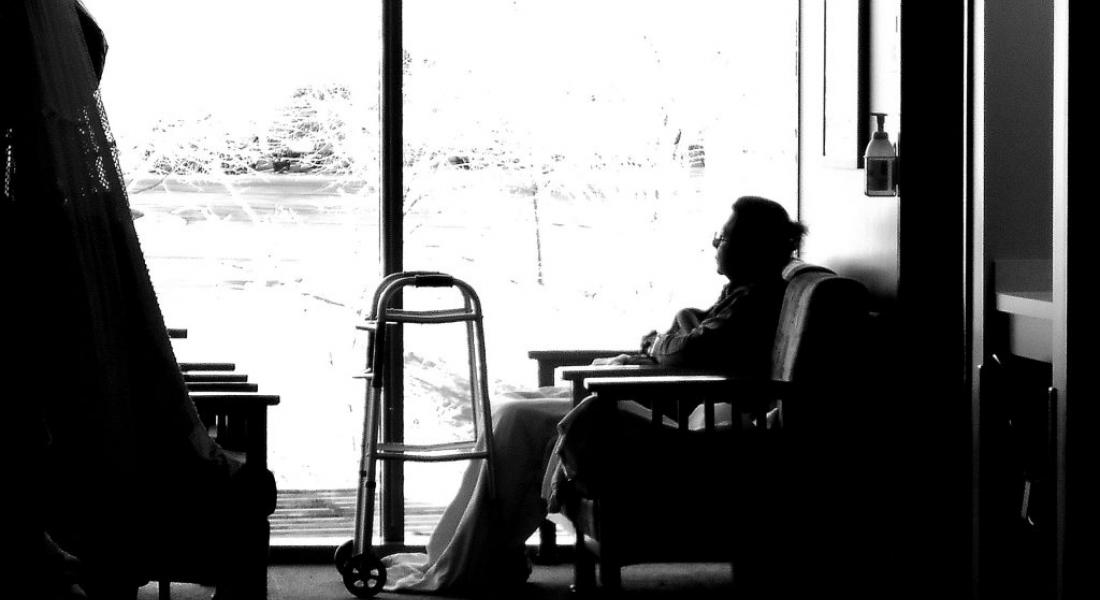 In late March 2020, as the potential scale of the COVID-19 epidemic became clear, a televised conversation unfolded between Fox News host Tucker Carlson and Dan Patrick, the lieutenant governor of Texas. Patrick argued that to “save” America during the pandemic, grandparents and other elderly people should be asked to volunteer to “sacrifice themselves” to save the economy. Though this line of argument was widely criticized and dissolved into larger arguments around “balancing” the needs of the country, it exposed the underbelly of a perspective on economics and public life that deserves our attention. This perspective requires scrutiny at this moment because it is the reason that, less than a year after the remarks were made, the United States has experienced more than half a million deaths from COVID-19. It deserves our attention because it reveals that one of the basic threats to the dignity of the human person is neoliberalism.

The tenets of neoliberalism are based primarily on laissez-faire economics, namely that governments should refrain from “intervening” in economic affairs because they can never perform as efficiently as private firms. In addition, proponents of neoliberalism argue that regulations on trade are counterproductive because they deny nations the possibility of obtaining competitive advantage over each other. Most critically, neoliberalism rejects social safety nets for the poor because they interfere with the workings of the market. It is assumed that a perfectly competitive market will somehow provide for those needs better than government policies can.

Neoliberalism has quietly taken on a moral authority in public life that renders it, among other things, a handmaiden to the mass death resulting from this pandemic. It does so by affirming that freedom, especially economic “freedom,” is a greater individual and public good than life itself. Lawmakers across the country, by countenancing the argument that lockdowns should be avoided and public safety nets to protect vulnerable people kept to a minimum, reveal their participation in a banal project of evil authorized by neoliberalism. The banality of evil, first identified and decried by philosopher Hannah Arendt in the wake of the Holocaust, led to millions of deaths in concentration camps.

I am in no way attempting to diminish the horror of the Holocaust by utilizing Arendt’s theory in this manner. Rather, thinking in terms of the banality of evil forces us to confront the fact that politicians and bureaucrats can be easily and unthinkingly conditioned to accept the moral authority of a doctrine if it presents itself as self-evident. Though we refer to neoliberalism frequently in academia, anthropologist David Graeber noted that most people in the United States have never heard of the term, gravitating instead to phrases like “free trade” or “free market reform.” Described this way, it appears as a positive good. After all, explained Graeber, who can argue with freedom being a good thing? If you are opposed to “free” markets, by extension you are opposed to freedom. As Dan Patrick, among others, has observed, this assumption that the so-called free market is an unadulterated good means that if the economy takes a back seat to public health, then “the cure is worse than the disease”.

Arendt, a Jewish political theorist who escaped from Germany and came to the United States on the eve of the Second World War, generated the concept of the banality of evil as she watched the trial of Nazi Adolf Eichmann unfold in Israel in 1961. Eichmann was the secretary of the Wannsee Conference that planned the extermination of the Jewish people in 1942 and had been responsible for signing the death warrant of thousands of Jews during the Holocaust. During the trial, he professed incredulity that he was being targeted as an architect of genocide. He was, he repeated at several moments, simply a mid-level bureaucrat, whose job it was to generate the paperwork and carry out the orders that had been dictated from above. How could he be responsible for these deaths if he was simply doing what he was told?

The banality of Eichmann’s evil, in Judith Butler’s analysis, was the fact that he was not thinking intentionally at all about his actions; rather, the “non-thinking” bureaucrat signing paperwork was simply going along with the policy of the day. Millions died because Eichmann did not bother to think seriously about what he was doing; his actions were banal in their lack of discernment. We assume that evil has malevolent intent; we must learn to be shocked by the moments when evil manifests as a thoughtless shrug of the shoulders: “It is what it is.”

Following up on Arendt’s theory, psychologist Stanley Milgram designed a (completely unethical) experiment to determine whether ordinary people could be made to inflict harm on the orders of an authority figure. The study “Obedience to Authority” confirmed Arendt’s conclusion, revealing that the majority of people will actively hurt others if directed to do so. As Milgram discovered, this phenomenon expanded across walks of life—whether one drove an ice cream truck or managed a bank had no bearing on a willingness to accede absolutely to authority without thinking actively about one’s intentions towards others. This was the case even if, as occurred in his experiments, the test subjects could hear the screams of the person they were being ordered to “train” through the delivery of electric shocks, even as that person begged for their life.

Authority in the case of neoliberalism is not a man in a lab coat, as it was in Milgram’s experiments, nor is it necessarily a megalomaniac like Hitler. Rather, it is an ideology that governs how this country’s citizens have been conditioned to think of themselves with respect to “freedom.” Once the word “freedom” is used, everything associated with it can be assumed to be right and good—precluding serious thought about what is being proposed. When we propose to weigh, in all seriousness, the drawbacks of a recessed economy against the lives of our citizens, and consider sacrificing nursing home residents, the immunocompromised, or, as occurred in the United Kingdom, the learning disabled, so that otherwise “normal” COVID-19 patients can be prioritized for hospital beds and medication, we reveal a lack of intentional thinking with respect to other human beings apart from what they can offer the economy. We accept that their lives are somehow less worthy than others. We participate in a banal kind of evil.

When I last spoke with David Graeber at a conference around the moment of the 2008 financial crash, he was flabbergasted that such an idea—of people living to serve the economy, rather than the other way around—could persist at the highest levels of government. Perhaps it was too painful for him to accept the clear evidence that those people most responsible for securing the lives of their citizens might elevate an idea above living, breathing humans. However, we have far too much evidence of the lack of intentional thinking about other people to retain this kind of incredulity.

Unless one works in a nursing home or hospital, or has suffered the loss of a loved one to the coronavirus, the actual toll of half a million dead is largely hidden from view. It is easy to ignore, and thus more plausible to participate in the moral project of neoliberalism, which presents the disease in a banal way: that most people get only mildly ill, that the dead comprise numbers rather than individual lives, that we should focus on statistics instead of shattered families and grief that has no closure. When we reduce human lives to numbers, when we emphasize that “the majority” will be okay, we utilize the notion of “the greater good” to refute the essential humanity of those who are not so lucky. And in doing so, writes Judith Butler, we refute our own humanity.

This deadened sensibility to actual and profound suffering is not far removed from that of the residents of Hohne, Germany, who expressed surprise that Bergen-Belsen concentration camp was on their doorstep, simply because the trains carrying so many Holocaust victims were unloaded at night while residents slept in apparent ignorance. When I lived in Germany and visited the museum in Hohne, it seemed impossible that residents would not know that this place was not simply a camp for wounded prisoners of war, even as the same argument of not-knowing was also made in a small town near Auschwitz. However, because Belsen lacked the systematic slaughter of other camps—most people died of starvation and exposure in the final months of the war—it was likely easier for many to see it as an “ordinary” place, a camp where people were merely being held and some happened to die. This does not make their deaths less horrifying. And, in fact, that is what laissez-faire policies are doing right now: allowing the most vulnerable people to die due to exposure to conditions, rather than recognizing the essential dignity of all people and protecting our own humanity by helping them. Their deaths shame us all.

What we need to see is that accepting inhumane arguments for a free market economy in this moment is an affront to human dignity. Our responsibility is to refuse to accede to the moral authority of “freedom,” and to actively fight for the most vulnerable humans who need to be alive to enjoy it.

Kellogg Faculty Fellow Cat Bolten is associate professor of anthropology and peace studies in the Keough School of Global Affairs at the University of Notre Dame.