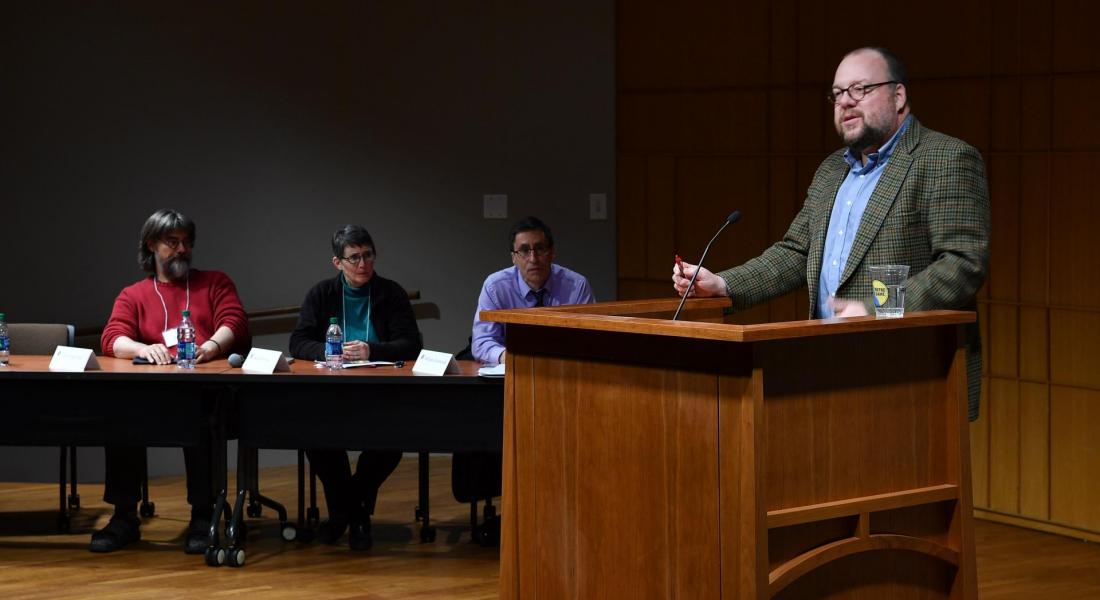 Dozens of participants took part March 23 and 24 in the annual Romero Days conference at the University of Notre Dame, hosted by Latin American/North American Church Concerns and the Kellogg Institute for International Studies.

The event celebrates the life of Archbishop Óscar Romero of El Salvador. This year’s conference came just weeks after the Vatican announced his upcoming canonization, and against the backdrop of widespread gang violence in Romero’s homeland.

The theme of this year’s conference was “Memorializing Martyrdom: Romero’s Beatification and Our Task Today.”

“The act of memorializing is a process the community has to go through together,” LANACC director Peter Casarella said in his opening remarks.

“All these things help us get closer to the witness of Romero and the legacy that we’re trying to carry forward,” Casarella said.

He said planning for Romero Days 2019 has already begun.

“We want to focus on what we think would be Óscar Romero’s focus if he were alive today,” Casarella said, adding that it’s “pretty clear” he would address gang violence.

The next conference will look at Romero as an advocate of nonviolence, and turn to anthropologists, cultural theorists and pastoral agents to examine gang violence.

“We want to get into the question of...why are people attracted to join a gang?” he said.

Next year’s conference will also study the relationship between trauma and art, and, from a historical perspective, examine the connection between El Salvador’s civil war and the violence associated with the MS-13 gang.

Casarella asked: “How is it we have a sitting US president who is blaming El Salvador for sending violence to the US when that gang violence first arose in Los Angeles, and was then exported to El Salvador?"