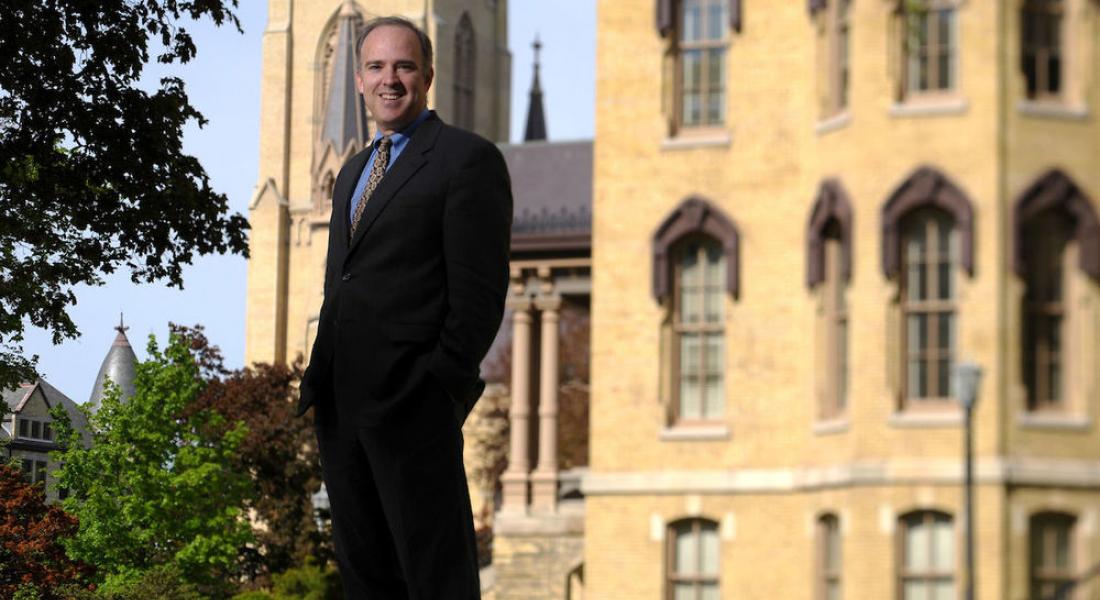 In his newest research, Kellogg Faculty Fellow Daniel Philpott (political science) examines conditions in 47 Muslim-majority countries and considers a question at the center of intense public debate: Is Islam hostile to religious freedom?

He begins Religious Freedom in Islam: The Fate of a Universal Human Right in the Muslim World Today (Oxford University Press) by acknowledging a tension latent in his study.

“Should a Westerner of a different religious tradition query whether another religion is hospitable to freedom?” Philpott asks. “Religious freedom is a Western principle, some will say, and to pose it to Islam is to impose it on Islam.”

Philpott argues that religious freedom is a matter of intrinsic justice, and can act as a “force multiplier” to deliver a number of social goods to Muslim countries, including democracy, economic development, the advancement of women and the reduction of terrorism and war. He grounds his study in the premise that religious freedom is a universal principle, rooted in human dignity, which is critical to peace between western countries and the Muslim world – as well as within the Muslim world.

Understanding how these dynamics play out, and how they might be studied, means engaging with two prevailing philosophies, according to Philpott.

On one hand, Islamoskeptics claim that violence and repression are hardwired in Islamic texts and traditions. Running in the other direction, Islamopluralists claim that Islam, like most religious traditions, is diverse and mainly peaceful, and that violent extremists are confined to a fringe minority. Philpott contends that “both positions are right and both are wrong” and seeks a synthesis that “is both honest and hopeful.”

He finds that roughly one-fourth of Muslim-majority countries exhibit strong evidence of religious freedom. In the remaining three-fourths, he finds that 40 percent are governed not by Islamists, but by a hostile secularism imported from the West, while the other 60 percent are Islamist. Additionally, Philpott contends that 11 Muslim-majority countries are religiously free – far more than outliers – and that they are free not despite Islam but because of their very interpretation of Islam.

“Much is at stake in this debate,” Philpott said. “Consider the implications of these findings for foreign policies of western states toward Muslim-majority states, the treatment of Muslims within the West, the treatment of religious minorities in the Muslim-majority world, the religious vitality of Islam, the reduction of terrorism and civil war and the success of constitutional democracy and peace.”

Additionally, two chapters of Religious Freedom in Islam examine “seeds of freedom” within the Islamic tradition that Philpott believes can grow into expanded religious freedom in the Muslim world, as well as the instructive example of the Catholic Church’s long pathway to religious freedom, culminating in the declaration Dignitatis Humanae at the Second Vatican Council in 1965.

“I see this book as a dialogue with Muslims,” Philpott said. “I hope it might cool tempers in our polarized public debate and promote genuine peace and authentic reconciliation.”

Outside the box, inside a bubble?