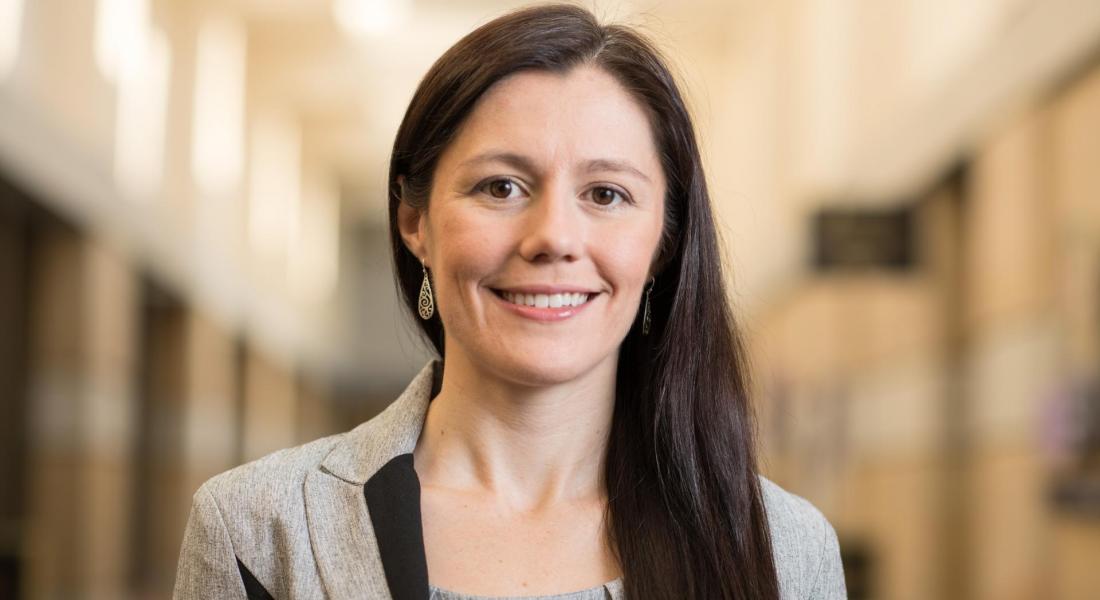 Kellogg PhD Fellow Stefanie Israel (sociology) has been awarded a nine-month Fulbright Study-Research Grant. The prestigious funding, to begin in March 2016, will allow her to complete dissertation research in Rio de Janeiro, Brazil, where she is conducting a comparative ethnography of four "pacified" favelas. She will observe urban reform efforts in the communities at a key point in time: before, during, and after the 2016 Summer Olympic Games, which have been a focus of protests sweeping across Brazil.

"I am delighted to hear that Stefanie has received the Fulbright, but not surprised," says Faculty Fellow Ann Mische, the chair of Israel's dissertation committee.

"Stefanie is an exceptionally focused, mature, and sophisticated young scholar, with a compelling research project on an issue of urgent social concern. She is poised to make an important contribution to scholarship and policy on urban violence, police reform, and community change, in addition to shedding light on a quick-moving situation in Brazil."

The research has policy implications for countries that see the program as a possible model for future efforts to quell criminal domination of poor communities. It also promises to be helpful to Brazil, providing a more in-depth evaluation of the program than that captured so far by interview-based studies or often-suspect reported crime data.

"The research is of direct relevance to the over one million residents of Rio who live in favelas," Israel says. She will investigate how the program plays out on the ground: studying the contributions of local networks and community mediation to pacification, evaluating why it succeeds in some communities and fails in others, and identifying mechanisms that work to build trust between police and residents.

"Rio's favela pacification program provides a unique opportunity to study what Kellogg founder Guillermo ODonnell called 'brown areas' in transition," Israel says. She explains that brown areas refer to territories within a democratic state where the formal rule of law is weak and private actors, such as mafia-like groups, enforce an efficient but violent form of "justice."

"Ethnographic research requires extensive time in the field in order to build trust with residents and to grasp the complexity of the situation," she adds. The Fulbright will give her the luxury of an extended period in the favelas to follow up on work begun during three summer research trips.

In Brazil, Israel will be working with her Fulbright affiliate, Alba Zaluar of the Institute of Social and Political Studies at the State University of Rio de Janeiro (IESP-UERJ), perhaps the leading expert on Rio's favelas. Israel met Zaluar during a preliminary research trip last summer funded by a Graduate Research Grant.

"I am deeply grateful for the many ways Kellogg has supported me—and continues to support me—during my time at Notre Dame," says Israel. "My Fulbright application would not have been nearly as competitive without Kellogg's support."

Israel is the recipient of a 2011–16 Kellogg Institute PhD Fellowship, in addition to last year's research grant. Read about her work in Rio de Janeiro in summer 2014 here.