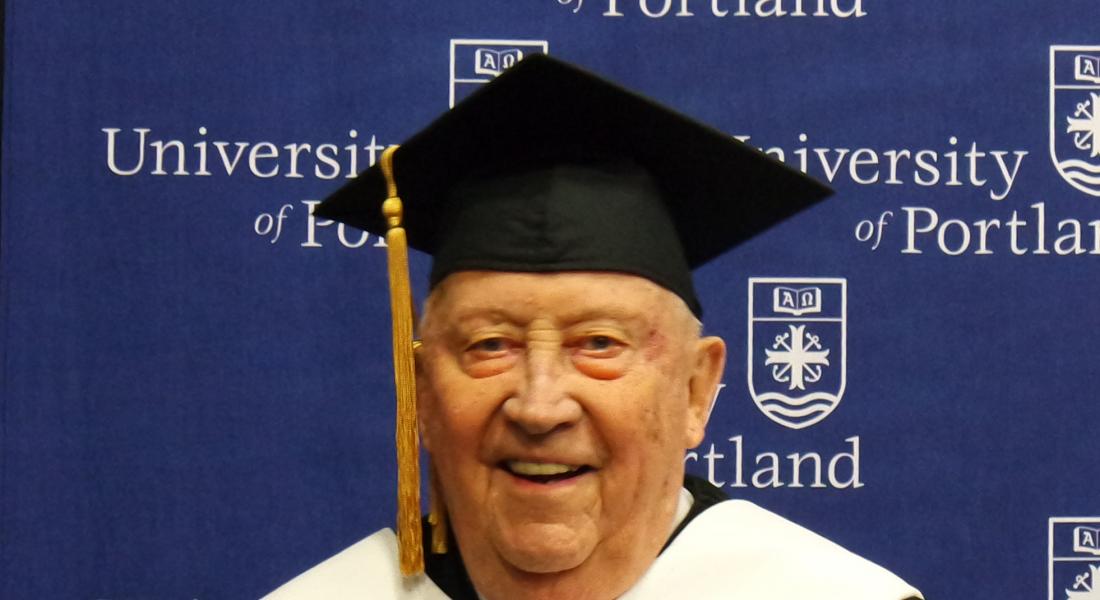 Faculty Fellow Rev. Robert Pelton, CSC, has received an honorary doctorate from the University of Portland in recognition of his exemplary career as a “noted filmmaker, scholar, author, theology professor, and globetrotter” and lifelong commitment of service to Latin America and the Latin American Church.

Portland President Rev. Mark Poorman, CSC, presented Pelton with the Doctorate of Humane Letters, Honoris Causa, during the university’s commencement exercises on May 1.

Pelton was recognized as “a preeminent scholar on Blessed Óscar Romero,” the subject of his most recent books and an award-winning documentary, and as the founder and director emeritus of Latin American/North American Church Concerns, which serves as a bridge between the Church and the academy in the Americas.

Pelton is the editor of Archbishop Romero and Spiritual Leadership in the Modern World (Rowman and Littlefield/Lexington Books, 2015) and Archbishop Romero: Martyr and Prophet for the New Millennium (University of Scranton Press, 2006), among other works, and the producer of Monseñor, the Last Journey of Óscar Romero.

His service to the Congregation of Holy Cross, for which he was also recognized, has included founding and directing the Notre Dame Institute for Clergy Education and serving as the congregational chaplain for the Sisters of the Holy Cross. He celebrated his 65-year Jubilee in the Holy Cross priesthood in June 2014.