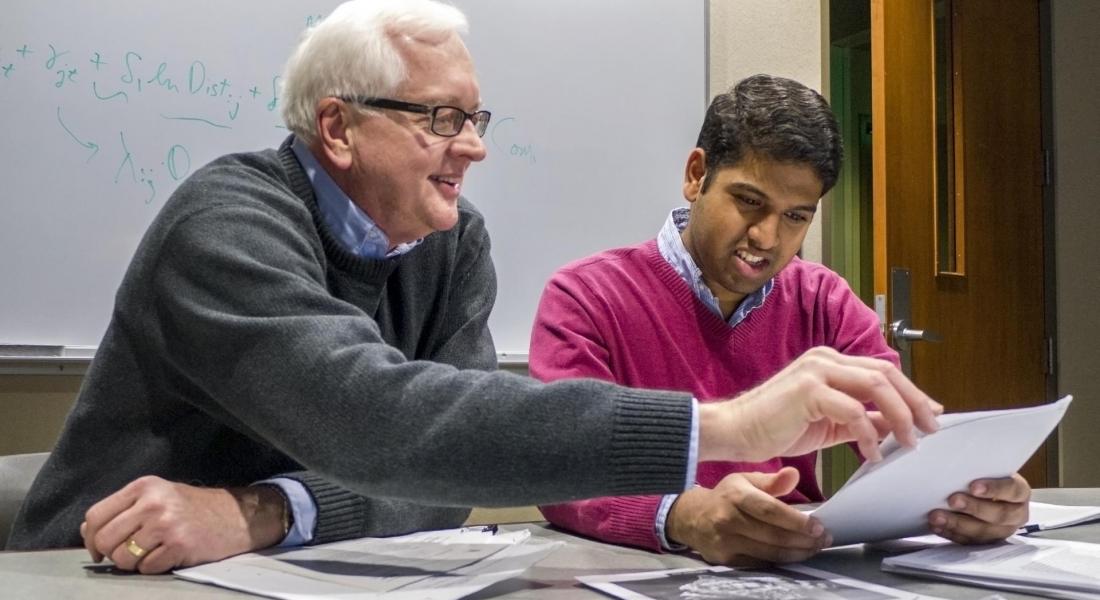 Sophomore Sreeraahul Kancherla loves math - not only algebra and calculus, but also the logic of mathematics and its application to the field of economics. “I’m an Honors Mathematics major, so I’m really interested in the intensely quantitative side of things,” he said, “There aren’t many places in the world where I can study math at such a rigorous level.”

One of these places, though, is Oxford University. Recently, the Notre Dame Office for International Studies selected Kancherla to study at Oxford for the 2015-2016 school year. Kancherla credits the International Scholars Program as a differentiating factor for his competitive application to study abroad at Oxford. “The opportunity to do research through the program has been incredibly valuable. Especially in the economics field, it is hard to get a research assistantship until you take Econometrics,” he explained.

Kancherla said that his faculty research advisor, Jeffrey Bergstrand, has successfully carved out a niche where young undergraduates can add value to a research project without advanced training. In his research with Bergstrand, Kancherla is contributing to Bergstrand’s dataset on various trade routes, a project funded through a National Science Foundation grant. Kancherla is researching Generalized System of Preferences (GSP) agreements and recently wrote an independent paper on the effects of these agreements on U.S. trade flows.  “In research, I’ve learned how to deal with real world limitations. There is no perfect information like in mathematics – this is instrumental to understanding economics and the way the world works,” he said.

For Kancherla, this academic interest is also personal. Kancherla’s parents are immigrants from India and every two to three summers, his family travels back to the country. “I think it’s really stark to see the differences in development indicators between the U.S. and India. What determines that Society Y will do better than Society X for any given person?” he asked.

After his undergraduate experience at Notre Dame, Kancherla intends to pursue graduate school in economics, with a concentration on development.  “I think being a research economist would be a fantastic position in the long term. At this stage, I don’t know exactly where I’ll be, but my major interest is in applying math to improve an economic situation,” he said. Kancherla believes that by using mathematics and economics, the different landscapes around the world – from the U.S. to India to Great Britain – can be understood.