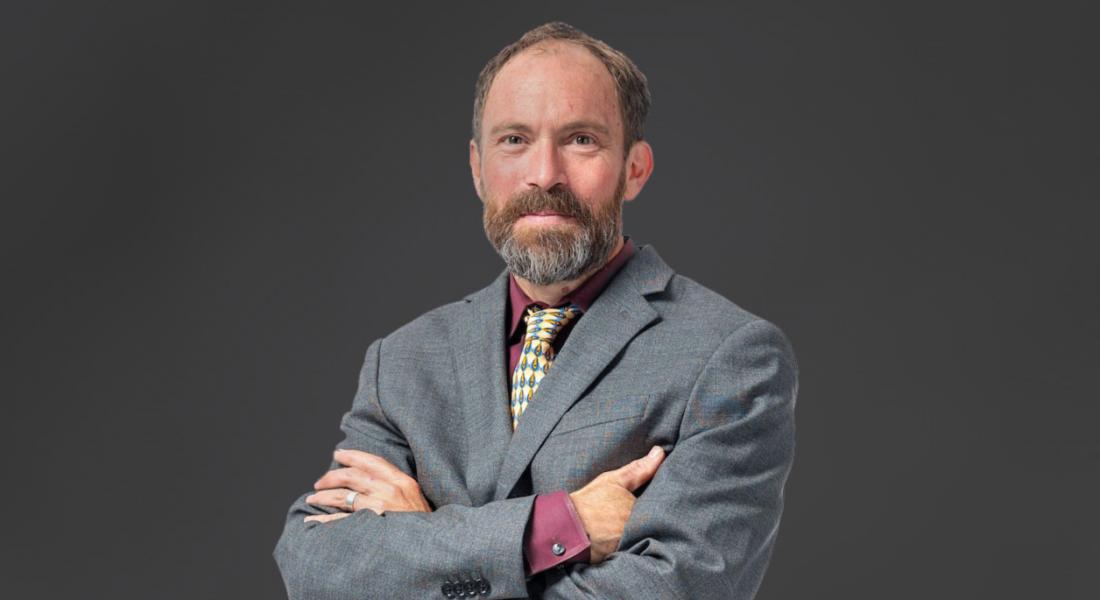 An engineer is stationed at a site in South Africa where workers are mining for gold, waiting for the latest news to arrive in a trade journal from the United States.

It’s 1890, so a copy of the mining and engineering publication leaves New York on a steamship to cross the Atlantic Ocean. The journal reaches the mine site via railroad and couriers on horses, mules, or their own two feet.

The engineer responds with a written letter mailed to the American publisher, providing details about the cyanide used to separate gold from ore, data on operational costs, and his experience at the site. The letter is published for all to see on the printed page.

This exercise in information exchange takes four weeks. To say this is “lightning speed” is truth, not sarcasm – this is, after all, the late 19th century.

“And it’s something unthinkable to their parents’ generation,” said Kellogg Faculty Fellow Ted Beatty, associate dean for academic affairs at the Keough School of Global Affairs and a Notre Dame professor of history.

Entrepreneurial tycoons, inventors, and shop-floor workers are often celebrated throughout history, but the story of the engineer isn’t something that’s taught in school. Beatty aims to change that, thanks to a $250,000 research grant from the National Science Foundation that will fund a book, several articles, and an interactive database that will showcase the critical-but-often-overlooked role engineers played in shaping society as we know it.

“Engineers are the central story of the modern world,” he said. “And yet they are generally anonymous and nearly invisible.”

The three-year project, “Blueprint for Modernity: A Global History of Engineering,” is a collaborative effort between Beatty and co-principal investigator Israel Garcia Solares, who is a postdoctoral fellow with the Kellogg Institute who received his PhD from the Colegio de México.

They seek to tell the story of the rise of engineers – not just at outdoor worksites and inside factories but also in corporate boardrooms and government agencies across the globe. Their rise to prominence in corporate and public planning is manifest in the alignment of political stars around 1930, when President Herbert Hoover and the leaders of Great Britain, Canada, and Mexico were all engineers or trained technicians. 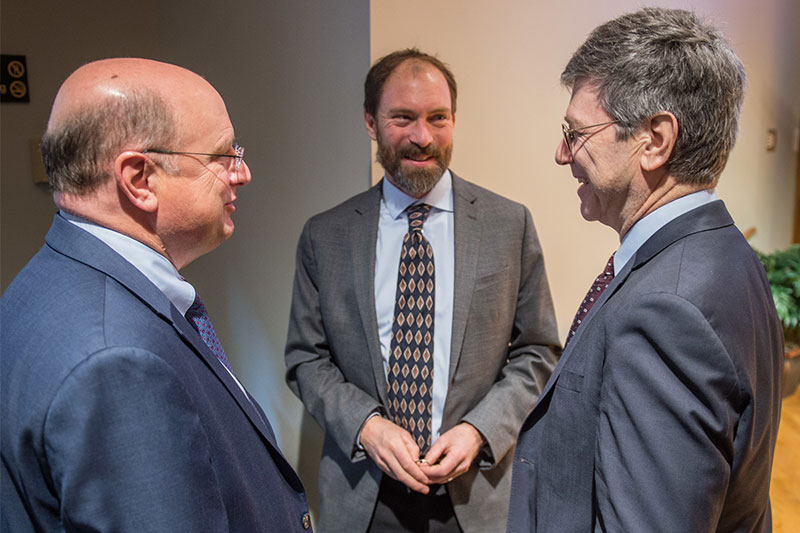 To measure the influence of the engineers of the late 19th and early 20th centuries, just look around. They created the processes that supply us with food and water. Their insight built American skylines, railroads, bridges and highways. Metals such as gold and silver were celebrated as jewelry and ornamental furnishings. Copper was needed to supply electricity. Iron and steel led to the construction of skyscrapers. Smartphones run on a cocktail of metals and rare earth elements that miners have pursued since the 1800s.

The engineer’s mission was as simple as it was capitalistic: Locate, extract, and refine the most metal for the lowest cost. The process was obviously more complicated, as it involved decisions in offices that affected workflows at mine sites and factories. The engineers also reviewed catalogues to order the machines they needed and determined how to set the gauges and maintain equipment.

They also thought about the logistics of production to sort, crush, grind, and process the materials for the products the companies sell, “in the same way Henry Ford is thinking about the assembly line, or meat packers in Chicago are importing, processing, and packaging beef,” Beatty said.

With a focus on mining and metallurgic engineers, the project has already yielded a database of all known engineers who worked throughout the world in the time before, during, and after the profession ballooned in the early 20th century. It will be published for open access on the web and contains 60,000 names and 2.7 million data points – numbers that will continue to increase.

“It will never be complete. We’ll always be expanding it,” Beatty said.

It’s not common that a history professor receives an NSF award, but this is Beatty’s second. In 2004, an NSF grant funded the research that became his award-winning second book, Technology and the Search for Progress in Modern Mexico. It traces 19th-century technological changes in Mexico, with case studies of sewing machines, glass-bottle manufacturing, and silver refining.

The collaborative nature of the database development and research has been a welcome change from his typical work, Beatty said. 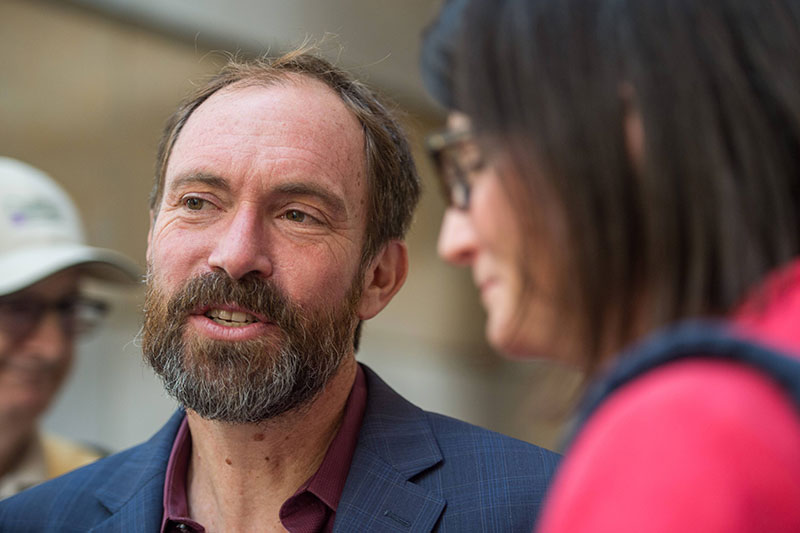 “Historians tend to be loners. We prefer to sit quietly in the corner of an archive, and tend to think of ourselves as lone actors” he said. “This project is very different, and it’s been fun in that way.”

Beatty and Solares are also analyzing and interpreting that data and have two journal articles near completion. One paper examines engineers’ role in corporations and their prevalence in managerial roles relative to strategic planning within firms. Another article explains globalization in the late 19th century through the lens of the engineer.

In addition, a working group of 10 scholars has each focusing on one country to present the story of engineering in places such as China, India, Chile, Mexico, South Africa, and Great Britain. The group held a two-day workshop last year, sponsored by the Kellogg Institute, and will reconvene in December. Their case studies will form a book that will explain local responses to global engineering and explore engineers’ interaction with the private and public sectors.

Beatty is bringing the research into the classroom, as well. Courses based on the project will be cross-listed between the economic and business history minor, Department of History, and Keough School in the fall and spring semesters. In last year’s Winter Session, an initial version of the course drew students from the College of Arts & Letters, Mendoza College of Business, the College of Science, and the College of Engineering.

“It’s a nontraditional course that combines data science with the history of engineering and capitalism through the lens of engineers,” Beatty said. “Students from both STEM and social science backgrounds who were used to more political and social histories really embraced it.”

This story originally appeared at al.nd.edu. 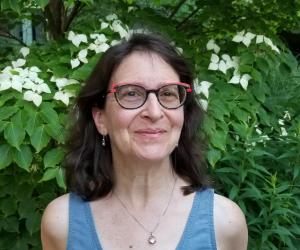 Kellogg Institute Faculty Fellow Susan Blum weighs in on the difficulties of having a natural conversation on Zoom in a new BBC article, "Can better tech make video meetings less excruciating?"