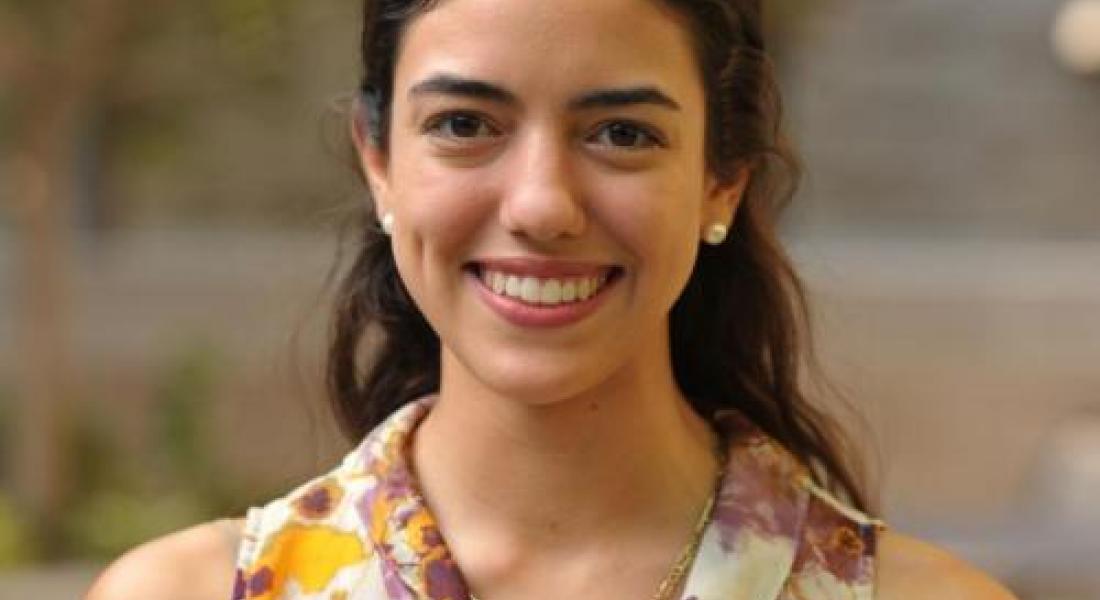 “I’ve never been closer to what is going on in Mexico,” says International Scholar Magdalena (“Maggie”) Guzman ’16, a native of Monterrey, Mexico and a passionate student of politics and economics.

In Guzman’s first week on campus four years ago, she discovered that Cuauhtémoc Cárdenas, a Mexican politician she had long admired, would be a visiting fellow at Kellogg that spring and teach a class on the history of modern Mexico.

“The knowledge that Kellogg could offer me access to people like Cárdenas was eye-opening—and propelled me into involvement even that first year with an amazing array of professors and visitors,” she says. “Now, as graduation nears, I know that the most significant part of my time at Notre Dame has been related to Kellogg. My mentors, my classes, my senior thesis, my internships, the work I’m headed to after graduation—all of these incredible experiences have come about through connections I’ve made at Kellogg.”

Studying the effects of organized crime in Mexico

With mentors Faculty Fellow Guillermo Trejo and former Visiting Fellow Sandra Ley Gutiérrez of CIDE, Guzman’s focus within the International Scholars Program (ISP) has been criminal violence in Mexico—an issue that has pervaded the country’s politics, economy, and social fabric for the past decade. In that time period, she points out, organized crime has been responsible for 100,000 deaths, more than 27,000 disappearances, and the displacement of 160,000 people.

Characterized by Trejo as an “exceptionally talented and dedicated student with a deep commitment to social justice,” Guzman has helped build a dataset of 441 events of targeted criminal violence against Mexican authorities and party activists since the 1990s.

“Maggie’s strong organizational capacity and deep intellectual curiosity made this dataset possible,” says Ley. “It is unique in its kind and crucial for our understanding of organized crime activity in Mexico and its multiple political and social consequences.”

Guzman’s senior thesis zeroes in on the role of business and entrepreneurs in combatting criminal violence in Monterrey and Guadalajara. Although they share key economic and demographic characteristics, the cities have implemented vastly different strategies the past five years.

Using a collaborative model—one that gives business “a voice in solving the problem,” Guzman says—Monterrey has been much more successful than Guadalajara in reducing the number of violent incidents.

“In Monterrey, the business sector—particularly large corporations—worked with government at the local and state levels,” she says. “One highly successful tactic was the creation of an anti-kidnapping group and an entirely new state police force. The members of that police force are trained in new ways, paid higher wages, and have access to new technology.”

This past winter break, Guzman worked with Ley in Monterrey on yet a third research project—interviewing corporate heads of security and risk management as well as representatives from civic organizations and the public sector to examine the evolution of organized crime in the region and its impact on business.

In all three research projects, the overarching goal is to find ways to generate informed policy recommendations that can help solve Mexico’s current crisis.

Building on her academic work, Guzman has taken advantage of several opportunities to deepen her connection to Mexico—even as she found time to cochair the 2015 Human Development Conference.

—Named a delegate to US-Mexico FoCUS, a binational young leaders network based at Stanford University and Mexico’s Instituto Tecnológico Autónomo de México (ITAM), she collaborated over the course of a year with 29 other emerging leaders to explore innovative ways to address social, political, economic, and technological issues facing Mexico.

“The project my group devised was an art and writing competition for high school and university students,” Guzman explains. “Many of the submissions were focused on migration issues—for example, photographs of the harsh conditions crossing the Arizona desert, perceptions of the border patrol, and a poem about reuniting with loved ones after 20 years. Others dealt with issues of racism and the environment. The winning submissions were published in one of the most influential newspapers in Mexico.”

—Her current passion is working with the University’s Alliance for Catholic Education (ACE) leadership to explore the possibility of opening a new elementary school in Monterrey. Like other ACE international ventures in Chile, Haiti, and Uganda, this school would be located in an underserved community where the Congregation of Holy Cross already has a presence.

“There is an important connection between my work on organized crime and the elementary school,” Guzman says. “You can’t see problems of crime and corruption from the perspective of only one actor—like business. To effectively target a problem, we must come at it from many angles. Education is a critical one.”

Guzman will continue her work as ACE project manager when she returns to Monterrey this summer. Her goal will be advancing the logistics and community engagement that, once completed, will make the school a reality.

Guzman has kept strong ties to Mexico and issues of development even during summers in New York City interning with Deutsche Bank’s Latin American capital markets team. She will rejoin the group next fall as a full-fledged analyst.

“Working at the bank with investors on the one hand and companies located in areas with high levels of criminal violence on the other, I tried to be very cognizant of how security is factored in to the investment equation,” she says. “The bank is a perfect place to coalesce my many interests in the relationship between macroeconomic and political issues.”

One Deutsche Bank mentor has been Tara Kenney ’82, managing director of Deutsche Asset and Wealth Management and a member of the Kellogg Advisory Board.

“Maggie’s summers have given her a good vantage point for insights into how developing countries tap the capital markets for their funding needs,” she says.

“Of interns I’ve worked with from all around the globe, Maggie embodies the values of Notre Dame—academic rigor, service, and giving back to the community. With her intelligence, discipline, and enthusiasm, she is well positioned to enter Mexico’s next generation of intellectuals and policymakers.”

“Maggie is sure to have an outstanding professional career, whether in business, government, or in an international organization—here in the US or in Mexico, her home country,” he says. “She will make a difference in her immediate community and in the world, wherever she is and whatever she does.” 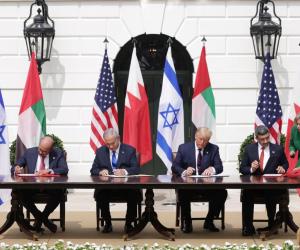 Omer Comments on the Impact of the Abraham Accords

Faculty Fellow Atalia Omer (peace studies) was quoted a Forbes article titled, “The Peace Pact With Israel, Bahrain and The UAE Is Good Business – The Carbon Cause Included.”