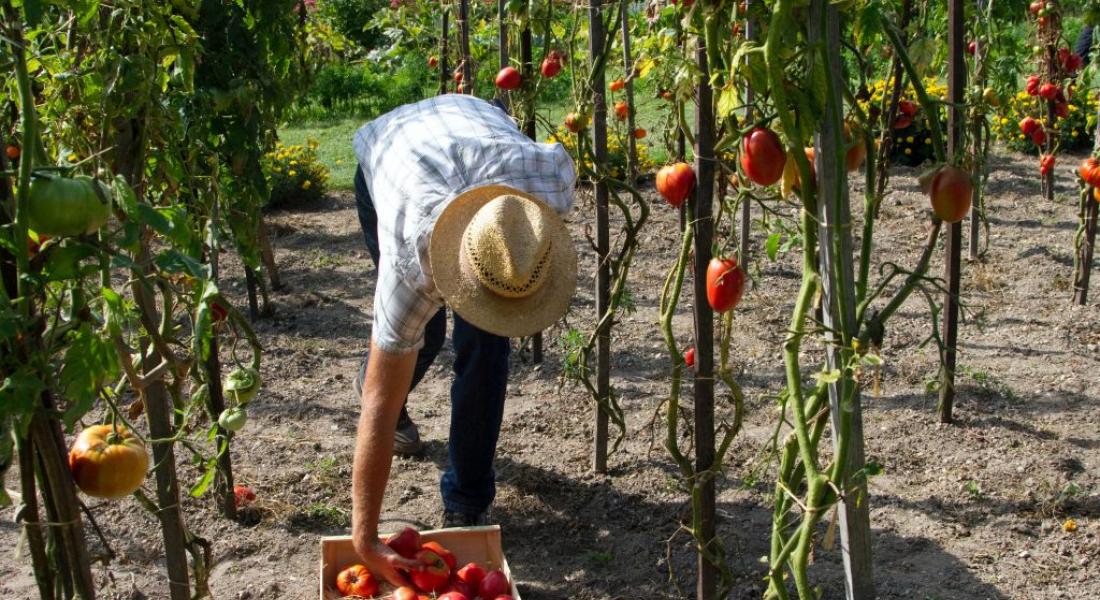 The big reveal of the COVID-19 pandemic is that “no one can save themselves alone,” as Pope Francis wrote in his Easter Sunday letter. No human is capable of flourishing in individualized isolation, outside dignified relations of recognition and trust. Humans are independent and interdependent. We are not meant to live, die, and mourn alone.

Formidable viral contagiousness lacerates face-to-face proximity and intergenerational relations. We comply with self-administered or mandated physical isolation. Nevertheless, able-bodied or not, we are hardly self-sufficient—think of food and water, sanitation, deliveries, utilities, and entertainment; public safety, manufacturing, and scientific research.

Migrants and the common good
When disaster strikes, it becomes apparent that individual and corporate responsibility, social solidarity, and public administration of services are essential to personal dignity and to the common good. On these foundations, polities may discern emerging ethics of connection and exchange. Discussions centered on international migrants, whose inclusion in the common good is often conditional and precarious, are integral to such an emerging ethics.

In the United States (and globally) certain “critical infrastructure industries have a special responsibility in these times to continue operations,” as explained by the Department of Homeland Security. More than half of all “crop hands” essential to the food supply chain are extended by undocumented migrants. In New York state, 1.8 million foreign-born persons work in officially designated essential businesses. They include naturalized citizens, lawful permanent residents, DACA and Temporary Protected Status recipients, and undocumented migrants. These people provide a critical infrastructure in health, manufacturing, service, food, and safety industries.

In my native Italy, local and foreign-born priests, rabbis, imams, volunteers, medical doctors, and nurses continue to serve ungrudgingly and die selflessly. Almost half of the approximately 600,000 undocumented migrants are women vitally supporting local households by working in home health care and as aides for the elderly. More than 150,000 foreign farmworkers are stranded in informal rural housing arrangements. They include asylum seekers, admitted refugees, seasonal authorized workers, and others—who in light of a 2018 restrictive immigration decree may not apply for lawful residence permits because they cannot demonstrate a domicile. Conditions are unsanitary, food and water scarce, public services nonexistent, and wages, often off the books, a distant memory. Their labor is essential to Italian agriculture and even to the European Union’s food self-sufficiency. Crises bring into starker relief, and amplify, preexisting vulnerabilities and disparities.

In the United States, dairy and produce farmers are providing their undocumented workers with letters certifying the essential nature of their tasks, should local law enforcement need to verify compliance with lockdown norms. Such workers face occupational risks, often compounded by lack of health insurance, sick pay, COVID-19 relief provisions, and by the multigenerational wounds inflicted by formidably virulent, racializing stigma.

Every day, these essential workers face the angst of their legal and existential limbo. Today, inarguably “relevant,” they are reluctantly accepted as essential links in supply chains. Tomorrow, when they are no longer so glaringly “essential,” they might become no more than the object of nativist antagonism. Will they be facing deportation, once the ongoing crisis subsides?

Such questions should help us ponder the ethical limitations of arguments that tie migration (including refugee migration) exclusively to how many “crop hands,” doctors, nurses, younger taxpayers, and supermarket-shelf stackers “we” might need at this or that socio-demographic and macroeconomic juncture. Gloves and surgical masks are desperately needed, but these items are also replaceable, and ultimately disposable. Workers may be hired and laid off. Migrants may be deported. But persons are never redundant.

Skeptics might question the very need to raise migration-related issues while much of the citizenry is in distress and in mourning and while governments navigate their own crisis mode. There is little doubt that many states worldwide have adopted “a combative tone in response to the crisis—tightening borders, halting refugee resettlement and scapegoating of foreigners,” to quote scholars Lama Mourad and Stephanie Schwartz.

In reality, the fact that many governments have long been eviscerating the right to seek asylum is another big reveal of this pandemic. The vast majority of the global refugee population continues to be hosted in “developing regions.” Pandemic-related restrictions may augment such global disparity. But if this is an unprecedented crisis, as it is, then it should prompt consideration of unprecedented critical knowledge and informed judgment. The time to discern and act upon migration issues is now—and certain national governments are already acting, albeit haphazardly.

Government actions
Germany is recruiting some 80,000 seasonal workers (mostly from Poland, Romania and Bulgaria), making an exception to its otherwise impermeable borders. Workers from Romania are also being flown into the United Kingdom on special charter flights, shattering the delusion of insular self-sufficiency promised by Brexit. President Trump, by suspending select immigration, has promised to protect “already disadvantaged and unemployed Americans from the threat of competition for scarce jobs from new lawful permanent residents” (Proclamation of April 22).

Conversely, the Italian government is currently discussing a regularization program for at least 200,000 migrant farmworkers. And Portuguese authorities have deemed it necessary that migrants and asylum seekers be granted full access to the country’s healthcare and all other public services (at least until July 1st, 2020). This is justified by public health considerations and, in the words of the spokeswoman for Portugal’s Ministry of Internal Affairs, because “people should not be deprived of their rights to health and public service just because their application has not yet been processed… In these exceptional times, the rights of migrants must be guaranteed.”

Experts and policymakers figure centrally among those tasked with enacting factually grounded legal and legislative provisions, and with noting and reconciling tensions around such polarizing issues. Everyone should acknowledge, though, that migrants are not foreign bodies intruding into, or to be expunged from, broader democratic processes. They cannot be excluded from civic and public deliberations and provisions about the very common good to which they contribute and in which they should participate. Migrants are not (and should not be) excised from the relations of responsibility, respect, trust, solidarity, reciprocity, and interdependence that are integral to each person’s dignified agency and to the broader polity’s good.

Let us be clear: social and international tensions are tangible. Gun sellers across the United States are reporting major spikes in firearm and bullet purchases. The withdrawal of the US from the world stage seems a “foregone conclusion,” at least in the short term. Several other countries continue to engage in humanitarian relief efforts, in more or less conspicuous ways and with a variety of motives.

Already in March, Italy received substantial international aid in the form of doctors, nurses, supplies, and masks, from countries as diverse as Cuba, Egypt, India, China, Russia, and Brazil, and from the European Union. Albania (a country of 2.8 million people, of which almost half a million reside in Italy) sent 30 doctors and nurses to the hardest-hit provinces in northern Italy, in recognition of the complex ties binding the two polities. Several nationalist leaders do cultivate forms of ethno-national competition, protectionism, and nativist legitimation. Nevertheless, obsolete governance tools and parochial ideologies cannot realistically tackle novel and entrenched global issues. The latent challenges of global interconnectedness demand solutions truly grounded in global affairs.

No one can save themselves alone
A more evenly distributed, multilateral, decolonized, and globally shared “salvation” —consisting of vaccines, public health, just peace among warring parties, economic recovery, gender equality, ecological sustainability and other related dimensions of integral human development—is essential. Otherwise, the presumably short-lived boundaries that we are erecting around ourselves and our communities risk morphing into permanent insurmountable walls. Such hardened walls may come to contain self-confined, apprehensive communities perennially stocking up on ammunition. They would signify a shortsighted understanding of the good they are intended to protect. Not least, physical and symbolic walls justify procrastination on domestic disparities and invite the crystallization of otherwise unsustainable international asymmetries.

Now more than ever then, in domestic as in international policy, the blunt truth that “no one can save themselves alone” serves both as a valid acknowledgement of reality and a pragmatic horizon.

Kellogg Faculty Fellow Maurizio Albahari is associate professor of anthropology and concurrent associate professor in the Keough School of Global Affairs. He is the author of Crimes of Peace: Mediterranean Migrations at the World’s Deadliest Border (University of Pennsylvania Press, 2015). His research on refugee mobility, human rights, and civic engagement in the Euro-Mediterranean region has appeared in interdisciplinary and news media venues.