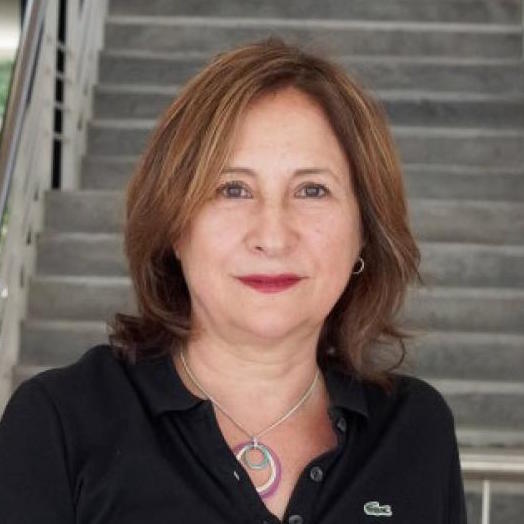 Former Kellogg graduate student and visiting fellow María Matilde Ollier passed away Nov. 17, 2021, after a brief illness. She completed her dissertation in 1998 and did her visiting fellowship in the fall of 2012 and later served as Dean of the School of Politics and Government at Universidad Nacional de San Martín in Argentina. She was a fellow doctoral student with now-faculty fellow Aníbal Pérez Liñán (political science and global affairs) and was a student of faculty fellow Scott Mainwaring (political science). They both remained friends and colleagues with María Matilde through the years, and each wrote a reflection upon her passing.

I was deeply saddened to hear of María Matilde Ollier’s recent death. I first met María Matilde in Buenos Aires in 1985 or 1986, and we got to know each other well after she came to Notre Dame to do a PhD in political science in 1988. I was incredibly fortunate to enjoy her friendship for 35 years and to have had her as a student. As a friend, she was warm, vivacious, generous, compassionate, big-hearted, and always interesting. As a scholar, she creatively and courageously tackled issues of great importance. She was one of her country’s most important scholars in criticizing the revolutionary left of the 1969-78 period and in lauding democratic commitments.

She was already an accomplished scholar when she came to Notre Dame to pursue her PhD. She had published one excellent book about Argentina’s military dictatorship of 1966-73 and the emergence of the revolutionary left during that dictatorship: El fenómeno insurreccional y la cultura política (1969-1973), published in 1986. Orden, poder y violencia (1968-1973), published in two tomes in 1989, was shortly on the way. Both books analyzed the spiral of violence and the emergence of the revolutionary left in Argentina in the 1968-73 period.

María Matilde jumped into her studies at Notre Dame with enthusiasm and talent. For her dissertation, she studied the political and personal trajectories of individuals who used to form part of the Argentine revolutionary left. Some of the revolutionaries were killed in the dirty war of 1975-82, but many survived. María Matilde analyzed what happened to these erstwhile revolutionaries, showing how and why they changed their political and personal world views. She examined how they were engaged in politics after the democratic transition in 1983 and explored the paths of these profound transformations.

The change in the Argentine left, from violence and revolution to a variety of democratic engagements in politics had profound consequences. The revolutionary left contributed greatly to the destruction of democracy in Argentina in the 1970s. By the late 1980s, most of the former Argentine leftist had become democrats. The dissertation and two resulting books, La creencia y la passion: Privado, público y politico en la izquierda revolucionaria (1998), and De la revolución a la democracia: Cambios privados, públicos y politicos de la izquierda revolucionaria (2009) are major contributions to understanding the transformation of the Latin American left, and also to understanding the ways in which the personal, the political, and the public are intertwined.

After finishing her course work and her comprehensive exams at Notre Dame, María Matilde returned to Argentina in the mid-1990s. Throughout her career, she wrote creatively about a wide range of subjects. Her book, Tu Nombre en mi Boca: Historias argentinas de la pasión y del amor, examined the history of love and passion in Argentina. She became Dean of the School of Politics and Government at the Universidad Nacional de San Martín, where she spent most of her career after returning to Buenos Aires.

We will miss her lively spirit, her warmth and compassion, her friendship, and her fertile mind.

María Matilde Ollier was a sharp observer of politics, power, and human character. Her ideas reflected intellectual concerns as much as profound life experiences, and she often explored the connections between the political and the personal, the public and the private. I met her more than two decades ago, when I entered the PhD program at the University of Notre Dame. María Matilde was finishing her dissertation at the time, but she was already known as a rising scholar in Argentina. She became a friend and a mentor, and we engaged in long conversations about democracy, life, and love.

During the time we overlapped at Notre Dame, I witnessed the evolution of her thinking about the revolutionary project of the 1970s. Her ideas translated into two major books, Belief and Passion: Private, Public, and Political in the Revolutionary Left (1998), and From Revolution to Democracy: Private, Public, and Political Changes in the Argentine Left (2009). We remained in contact over the years, as she returned to Buenos Aires and I moved to the University of Pittsburgh, then back to Notre Dame. After Argentina’s political meltdown in 2001, María Matilde published a series of articles discussing the importance of presidential leadership for the survival of democracy. She shrewdly identified how political factionalism creates cycles of presidential hegemony followed by the collapse of presidential authority. This was among our favorite topics of conversation whenever I visited her and her husband Rodolfo (himself a seasoned politician) in Buenos Aires.

By the time she confronted a startling cancer in late 2021, my friend had published more than 10 books, had served as Dean of the School of Politics and Government at the National University of San Martín, and was a well-known public intellectual.

During her last night in the hospital, I had a dream in which María Matilde called from Buenos Aires. I took her call with surprise. “I was afraid that we would not have a chance to talk again,” I said. “Well,” she responded in characteristic style, “perhaps that means you are not ready to talk now.”  “No, no, I am ready, let’s talk.” She seemed to cheer up: “Ok, then we will make this a long conversation, like in the old days.” I woke up in the middle of the night and we never had our last conversation. But the following morning, I understood that she had not left without saying goodbye.